We’ve all heard a million variations of the joke, “How many (insert people/things here) does it take to screw in a lightbulb?” My favorite has always been the one about drummers. “None. They have machines to do that sort of thing now.” No offense to drummers, it’s just a really funny line. Or at least it was, because now it’s no longer a joke. They really do have machines that can screw in lightbulbs. And you can see one doing just that in this Interstellar-inspired video of a drone screwing in a lightbulb and illuminating a room.

Insta360 posted this impossibly clever clip (which we first came across at PetaPixel) of a DJI drone screwing in an overhead light. The drone caaaaarefully brought the delicate glass bulb up to the ceiling and found its way into the socket. Then it began to spin until it was secured. Which was an easy moment to appreciate since the light went on.

The world’s smallest action camera, Insta360’s GO 2, was on board to capture the entire flight. It provided a closeup view of the delicate proceed, which looks way easier than it actually was.

But what really amps up the intensity of this video is its soundtrack. Someone, who obviously a genius, synced it up to Interstellar‘s most fraught moment. When Matthew McConaughey’s Cooper saves the mission by undertaking a risky spin maneuver. While the fate of all humanity didn’t exactly rest on this drone’s back, it felt like it did as the music swelled. 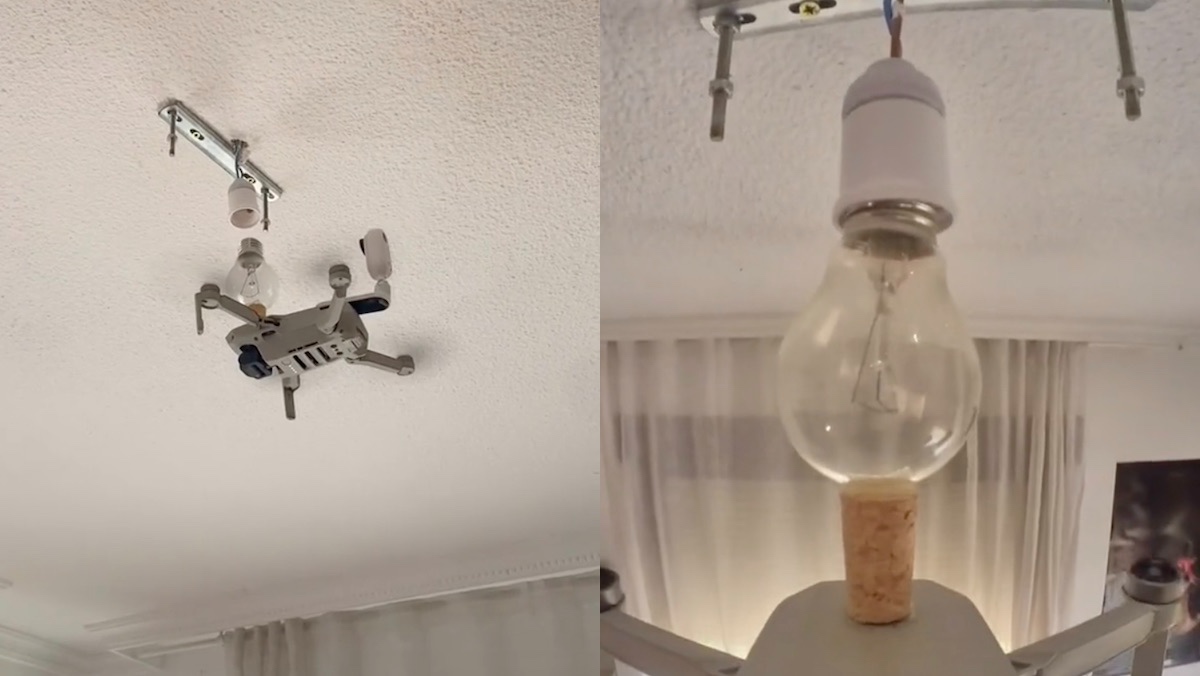 And really, without that music, this video wouldn’t be as good. Which should make drummers everywhere feel better. Sure, they might have drones that can screw in lightbulbs. But I still have yet to hear a single drone work on a musical score.

Once it does though that old joke will be funny again.