Upon its release in 2003, Valve’s Defense of the Ancients proved itself far more than a simple World of Warcraft mod. A decade later, a sequel made clear that this fantasy realm was hardly done exciting gamers. Now, almost another ten years down the line, the world of Dota 2 is spawning further imagination. Netflix has announced an anime series based on the game. Dota: Dragon’s Blood will head to the streaming service on March 25. A pretty intense-looking new teaser couriered the announcement; you can watch right here.

In company with the teaser, Netflix also circulated a press release describing the project. The below excerpt sums up the premise:

The upcoming fantasy series tells the story of Davion, a renowned Dragon Knight devoted to wiping the scourge from the face of the world. Following encounters with a powerful, ancient eldwurm as well as the noble Princess Mirana on a secret mission of her own, Davion becomes embroiled in events much larger than he could have ever imagined.

The world of Dota is prime real estate for an anime adventure series. The project comes from Ashley Edward Miller, who has co-written the screenplays for Thor and X-Men: First Class. (And Agent Cody Banks, for all you Frankie fans out there.) Miller has also worked on the TV series Andromeda, Fringe, and Terminator: The Sarah Connor Chronicles, among others. Animation for Dota: Dragon’s Blood hails from Studio MIR, which has brought us The Legend of Korra and Voltron: Legendary Defender to date. MIR’s Ki Hyun Ryu will co-produce the new series with Miller. No word yet on a voice cast.

But we do have the official trailer.

Ten years after the implementation of the original Dota mod, Dota 2 made something truly special of its namesake. The game released to incredible critical and commercial success; just as impressively, it has maintained its cultural standing for the near-decade that has passed since. 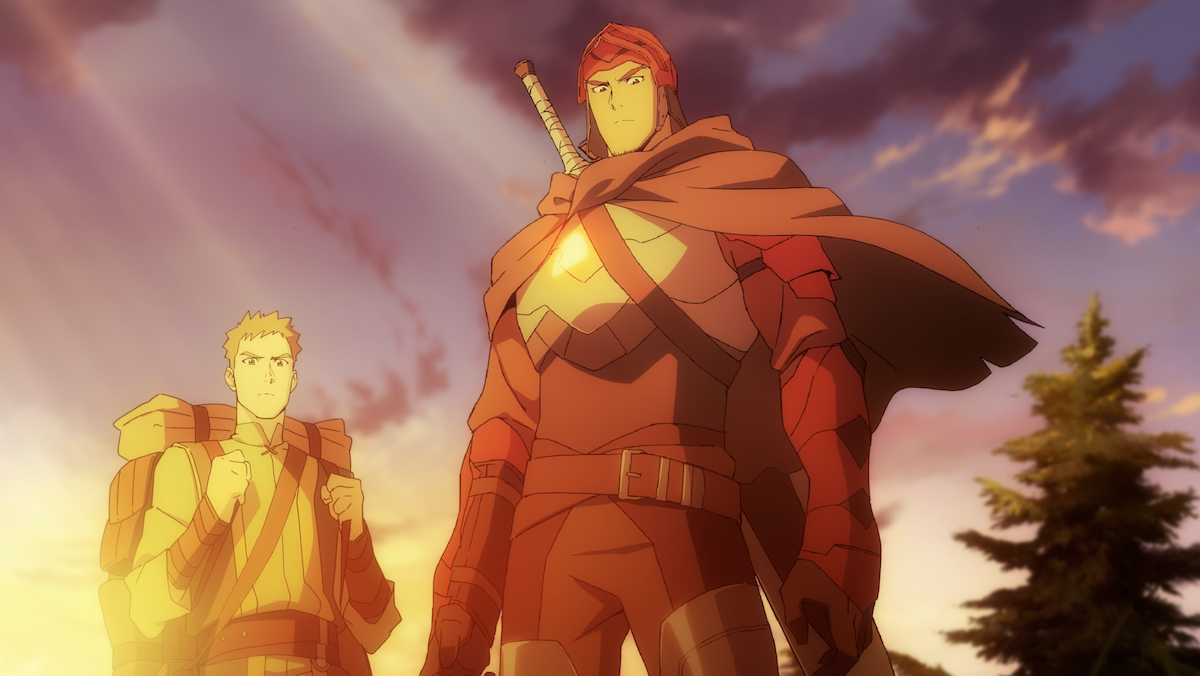