'Dormio' Lets You Influence Your Dreams, Be More Creative - Nerdist

‘Dormio’ Lets You Influence Your Dreams, Be More Creative

Researchers at MIT have created a wearable gadget that enables its users to extend, influence, and capture their own dreams. The device, dubbed “Dormio,” has already been tested, and has indeed shown it can, at the very least, influence the themes of one’s dreams. The researchers also say that Dormio can “augment human creativity” thanks to its ability to manipulate sleep states.

Futurism recently reported on Dormio, which was first introduced in a paper released in 2018 by researchers at MIT’s Dream Lab. The researchers responsible for Dormio, led by Adam Horowitz, a PhD student working in the Dream Lab, noted in the paper that they were able to insert various themes into people’s dreams. Dreams inspired by words like “fork” and “tree.”

“People don’t know that a third of their life is a third where they could change or structure or better themselves,” Horowitz said in a recent OneZero article. He added that “Whether you’re talking about memory augmentation or creativity augmentation or improving mood the next day or improving test performance, there’s all these things you can do at night that are practically important.” 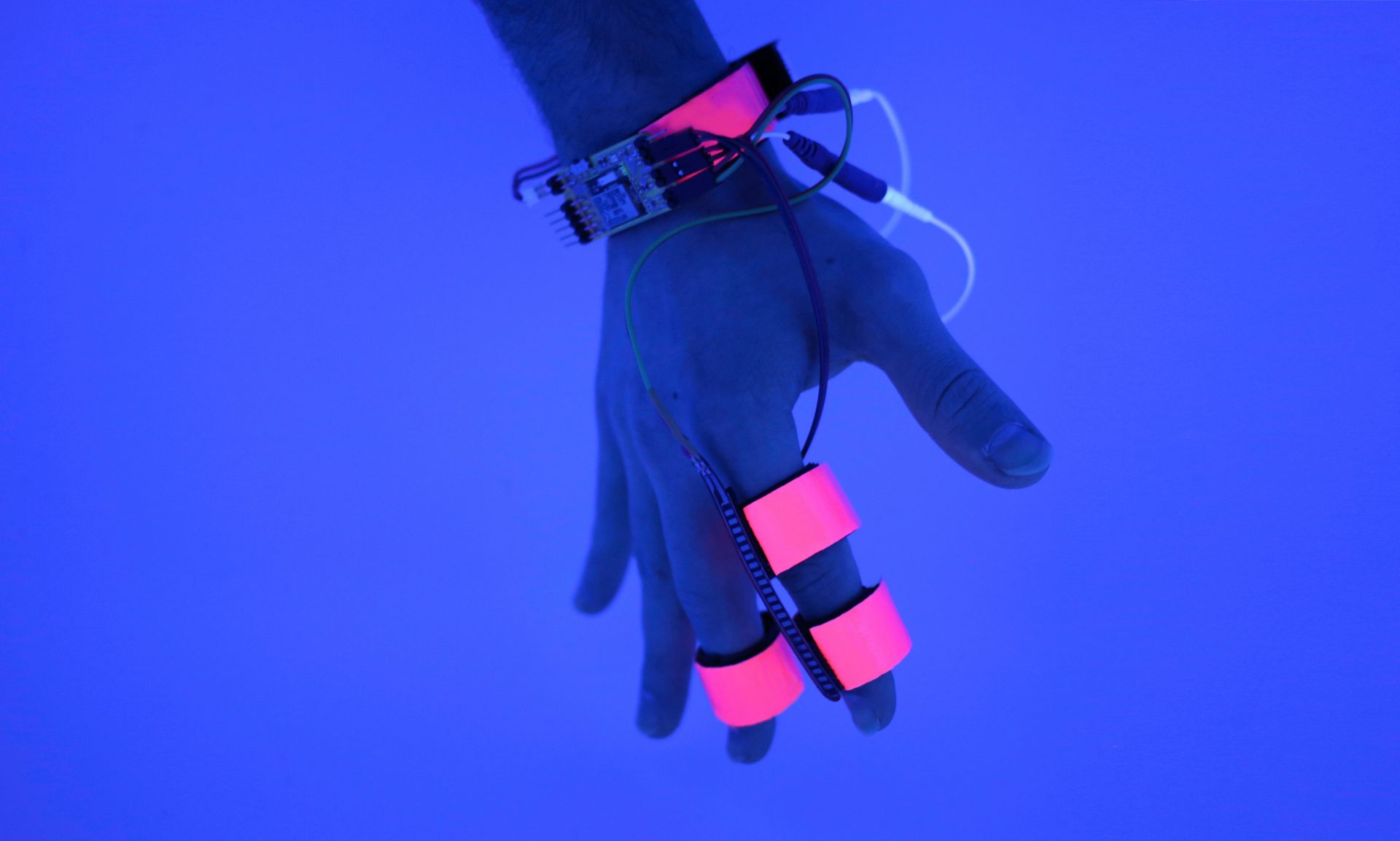 The way Dormio works is surprisingly simple. The monitoring part of the Dormio device, pictured above, is worn around one’s hand, and is used to collect biosignals that track transitions in sleep stages. These biosignals include a loss of muscle tone, changes in skin conductance, and heart rate changes. The other part of Dormio, a Jibo social robot (pictured below), provides gentle audio cues that knock users “just a little bit back into wakefulness.”

Essentially, Dormio works by tracking users as they fall into a transitional sleep state—known as hypnagogia—and then gently wakes them up several times with words like “tiger.” As the users enter into hypnagogia, the social robot pings them softly with the cue word, waking them slightly, then allows them to return to transitioning to sleep again. This slight awakening is performed several times, and each time the social robot also asks users to report what they’re seeing in their dreams. 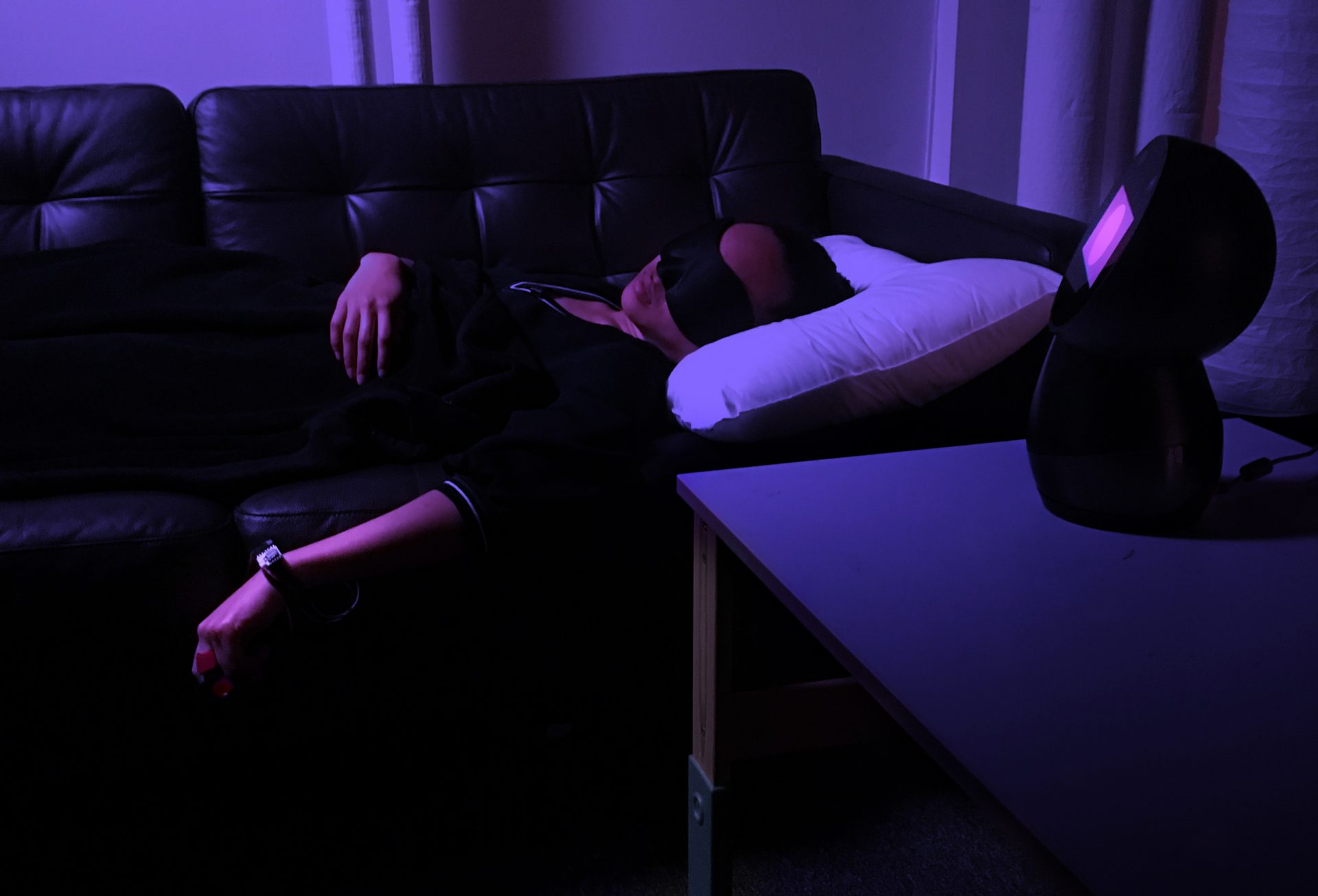 The researchers say that test subjects reported that the words spoken by the social robot did indeed influence the “themes” of their dreams. (I.e. when the social robot spoke the word “tree” as users drifted off, they then had dreams about trees.) On top of that, the users were able to give “dream reports” of what they were dreaming about to the social robot without completely returning to wakefulness.

Perhaps the most important result of testing so far, at least for the researchers, was a noted increase in creativity amongst users. This was measured by having test subjects write stories after using Dormio. Those who used the device not only wrote longer stories than the control group that didn’t use the device, but also strongly preferred to write stories using mixed media; such as drawing and writing versus just writing.

Moving forward, the researchers seem set on trialling Dormio as much as possible. The device is already being tested at various workshops and summits related to sleep, and the researchers have another paper that’s set to be published later this year.

“This is less like, ‘I’m going to map something so I control it,’ and more like, ‘I’m going to give you a looking glass, and you do with that what you will,'” Horowitz said in the OneZero article. He added that he has “very little interest in creating tools that take people further from themselves. That’s definitely not the hope.”

What do you think about Dormio and its ability to manipulate users’ dreams? Do you think we’re finally going to have some IRL Inception going down, or will dreams always be too mysterious for waking brains to truly control them? Give us your most lucid thoughts in the comments!