Doom Patrol was easily one of the best series to come from the DC Universe streaming service. Based largely on writer Grant Morrison’s run on the comic book series from the early ’90s, Doom Patrol was unlike any other superhero show out there. And given all of its increased buzz after its initial season last year, the show is getting a bigger platform by moving to HBO Max for its upcoming second season.

You can check out the newly released trailer for season two down below:

Following the defeat of Mr. Nobody in season one, the members of the team will find themselves mini-sized and stranded on the toy race car track of Cliff Steele (Brendan Fraser). Here they begin to deal with their feelings of betrayal by their leader Niles Caulder, better known as the Chief. After the revelations at the end of year one, they’ll have to contend with his involvement in their tragic origins. 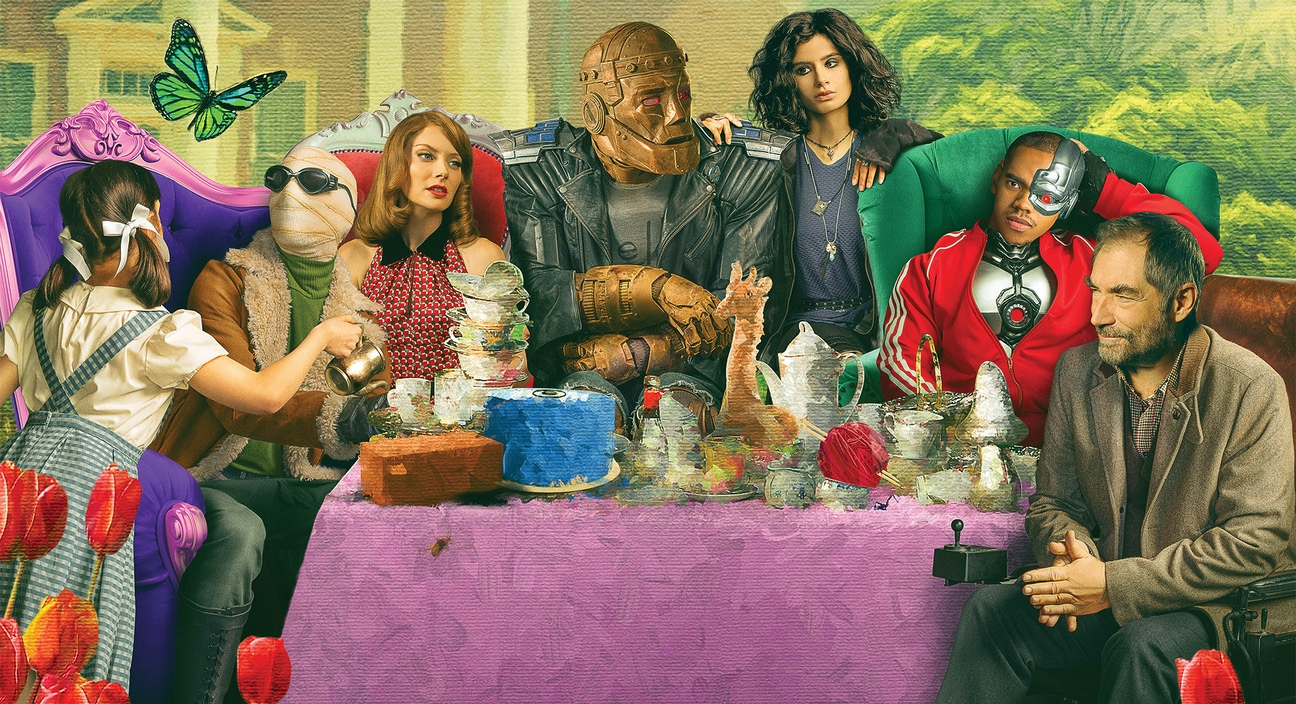 So what did we glean from this new trailer? Well, for starters, the character of Dorothy Spinner is looking to be front and center for this year’s storyline. In the comics, Spinner was a young girl who could bring her imaginary friends to life. Some of these friends were downright terrifying. One of them was called “Honey-Pie”; a beehive with branches for arms and legs and an actual honey pot for a head. For the live-action series, DC re-invented Dorothy Spinner into the daughter of Niles Caulder, the Chief (Timothy Dalton).

It also looks like Rita Farr will be experimenting with her powers more in season two, and exerting more control. She might become a little bit closer to her comic book counterpart, who could use her elastic powers to grow to giant size. It also seems as if we will explore more of Crazy Jane’s 64 different personalities in year two. Season one introduced us to many, but they still barely scratched the surface of the character’s many other selves.

The first three episodes of season two of Doom Patrol premiere on Thursday, June 25 on both HBO Max and on DC Universe, then one episode will release weekly for the following six weeks.