Five years after the release of Fede Álvarez’s Don’t Breathe, we return to the danger-laden home of Norman Nordstrom. This time around, Stephen Lang’s recluse has more than just a Rottweiler for company. (Not that a good pooch can’t provide some of the best company you can find.) At some point since the events of the 2016 film, Norman has adopted a young girl. This is big news, given the violent means by which he pursued a new child in the first entry. Just as significant a change is the light in which Don’t Breathe 2 seems to be showcasing Norman. In the first movie, he was, to put it very conservatively, a complicated figure. But will he be Don’t Breathe 2’s bonafide hero? From the looks of the first trailer, it sure seems possible.

If the film really does go the route of hero-ifying Norman, that’d be an interesting move for the budding franchise. His assumed protectiveness over the young girl (Madelyn Grace) may give him an edge of sympathy. Granted, this could be hard for some viewers to come by after his kidnapping of Cindy (Franciska Törőcsik) in the first film. Looking at the official synopsis for the film, the matter may yet be steeped in shades of grey:

The sequel is set in the years following the initial deadly home invasion, where Norman Nordstrom (Stephen Lang) lives in quiet solace until his past sins catch up to him. 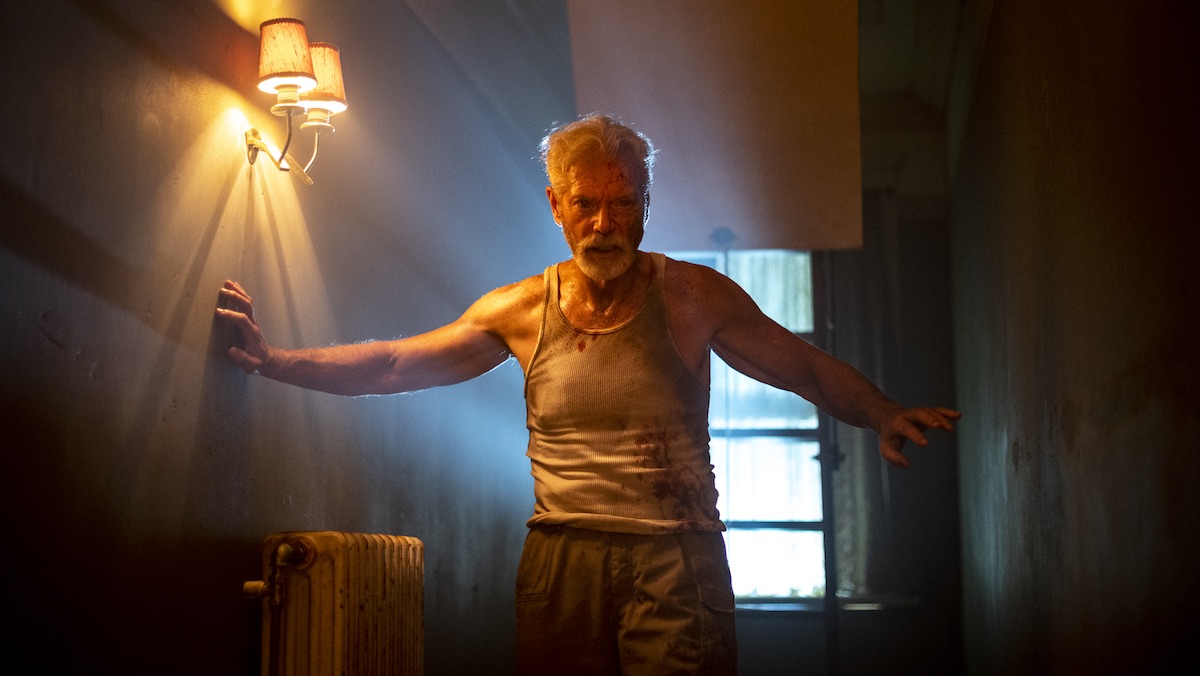 For Don’t Breathe 2, the first film’s co-writer Rodo Sayagues takes the director’s chair. He and Álvarez worked on the sequel’s script together, and Sam Raimi is back as producer. After co-writing Don’t Breathe and Evil Dead with Álvarez, this will be Sayagues’ directorial debut. The two are also producers on the upcoming Texas Chainsaw Massacre movie.

Don’t Breathe 2 will come to theaters on August 13.