When we think of nature documentaries, we tend to think of the soothing voices of people like David Attenborough. Or sometimes even Morgan Freeman. What would one of those National Geographic or Discovery specials be without their calming tones explaining to us how that snake is about to eat that rodent? Or without the dramatic music? Well, one YouTuber has applied that style to his own “nature doc.” Only in this case, it’s just his two dogs doing regular dog stuff.

The video, which we found via the folks at Laughing Squid, is from Scottish sportscaster Andrew Cotter. And the dogs in question are his two adorable pooches, Mabel and Olive. The pair of dogs are just doing the same old silly stuff anyone’s dogs do, but it can all sound very majestic if you apply your vocal narration just right. You can watch the whole hilarious video right here.

“The attack, when it comes, has to be quick and also really has to be better than this,” Cotter narrates. “Her last chance is to confuse the prey with a couple of spins, a shake, and a bit of pointless leaping, but in the end nothing.” Any dog owner knows, dogs will “attack” other dogs for pretty much no discernable reason, and then move on to something else seconds later. As Dug from the movie Up! reminds us, “Squirrel!” is a real thing with doggos. 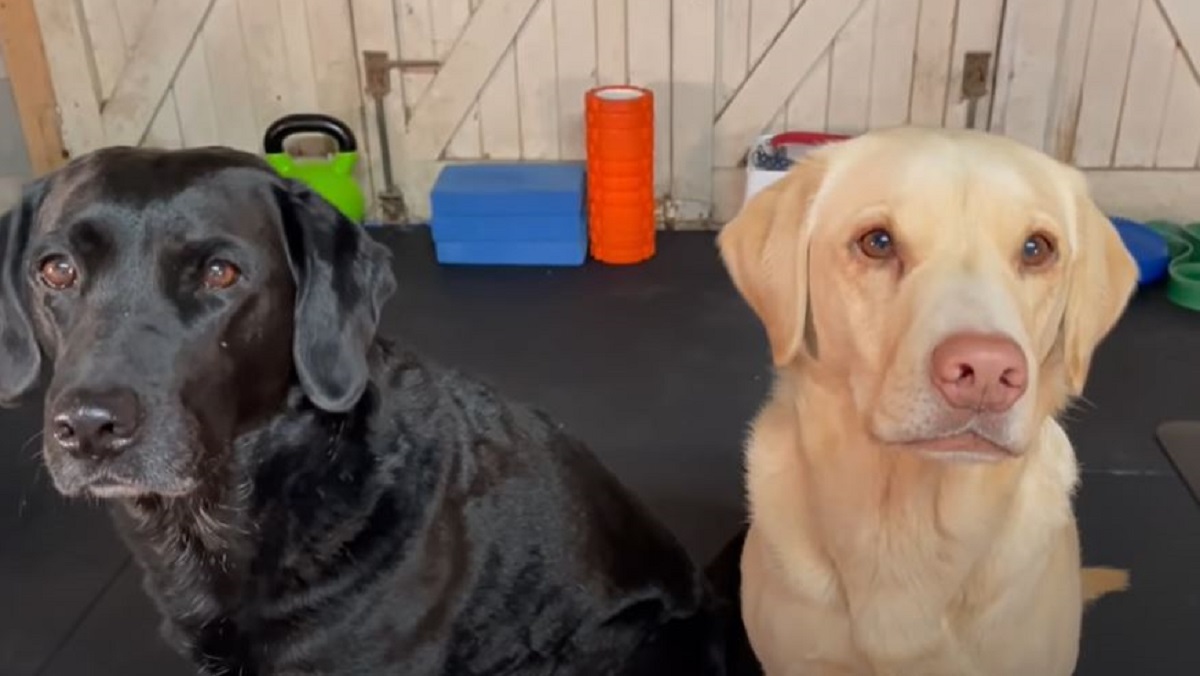 Andrew Cotter has several other hilarious videos with Olive and Mabel on his YouTube channel. Mostly where he’s just having casual conversations with them while they look very confused. Maybe the best one is where he chronicles their “lockdown life” last year. He scolds Olive for not using the time indoors to learn a new language. For example, did she know that in cat, there are fifty different ways to say “I’m better than you?” And here’s where every cat owner reminds us they are well aware of this nuance in cat language.