We all have that one friend who knows everything about their fandom of choice. The geek who can go deep on the socioeconomic histories of Star Wars’ inner rim planets. The nerd who can list offhand all the distinctions among DC Comics’ Earths Two through 5050. The fanatic who always creams the rest of the group at Seinfeld bar trivia. And when it comes to Lord of the Rings knowledge, few outrank Stephen Colbert. But sometimes, even the mightiest fall.

On Tuesday night’s episode of The Late Show, Colbert faced the challenge of his life: a stumper of a Tolkien trivia question. Delivering said question was a most appropriate pair—Merry and Pippin themselves, Dominic Monaghan and Billy Boyd. The delightfully inseparable duo promised Colbert a mysterious prize in return for answering their riddles correctly. (Frankly, this sounds more like Gollum’s shtick than the shire’s most lovable rascals.) Now, Colbert knows a thing or two about Middle-earth. But even a fan of his caliber doesn’t know everything. Observe the fateful event below.

Luckily, the confident but humble Colbert had prepared for such an event—he had a bonus round at the ready. A surprise video call from Lord of the Rings director Peter Jackson provided the group with a winner-takes-all question. 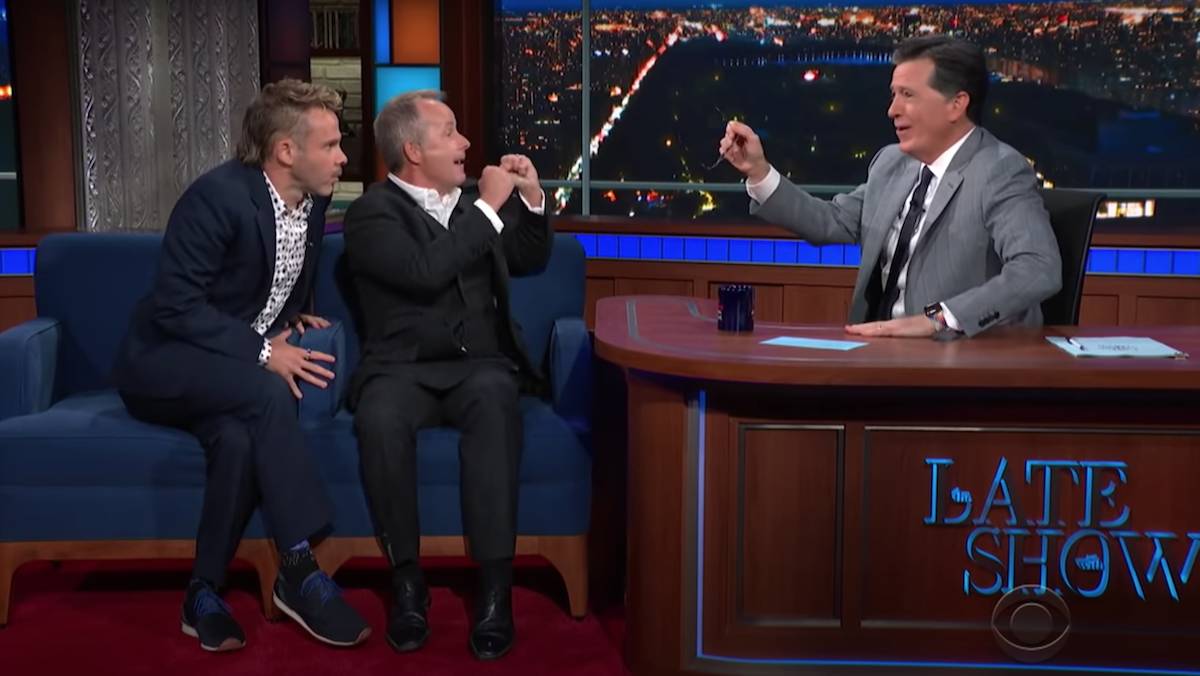 And after a rare moment betraying his mortality, Colbert reclaimed glory in the end. And as it should, glory took the form of Hobbit ears from the films’ production. And in order to prove that all was well between the dueling Tolkien diehards, they all engaged in a rousing Hobbit drinking song.

Those ears (and the joy of tune) were not the only prize that Colbert walked away with. The Late Show host was informally invited to guest on Monaghan and Boyd’s Lord of the Rings podcast. Their show, the The Friendship Onion, premiered in May, broadcasting weekly episodes filled with commentary, funny stories, special guests (Elijah Wood made an appearance on a two-part episode) and trivia. Perhaps Colbert will get the chance to prove himself the ultra fan once more!