Domesticated horses are ubiquitous enough in real life and fictional worlds for it to seem like they’ve always just been there, in their “final form,” so to speak. But where and when did we homo sapiens begin to domesticate the majestic hoofed animals? According to a new study published in the journal Nature, the journey from wild horse to Seabiscuit started around 4,200 years ago in the western Eurasian steppe.

Smithsonian Magazine reported on a new study about this topic. The research outlines how scientists pinpointed the modern domesticated horse’s origins. As Science shares, the interdisciplinary team of scientists analyzed 300 ancient horse genomes from 121 archaeological sites across Eurasia. The scientists ruled out other longstanding candidate regions such as Central Asia and the Iberian Peninsula thanks to previous research efforts. 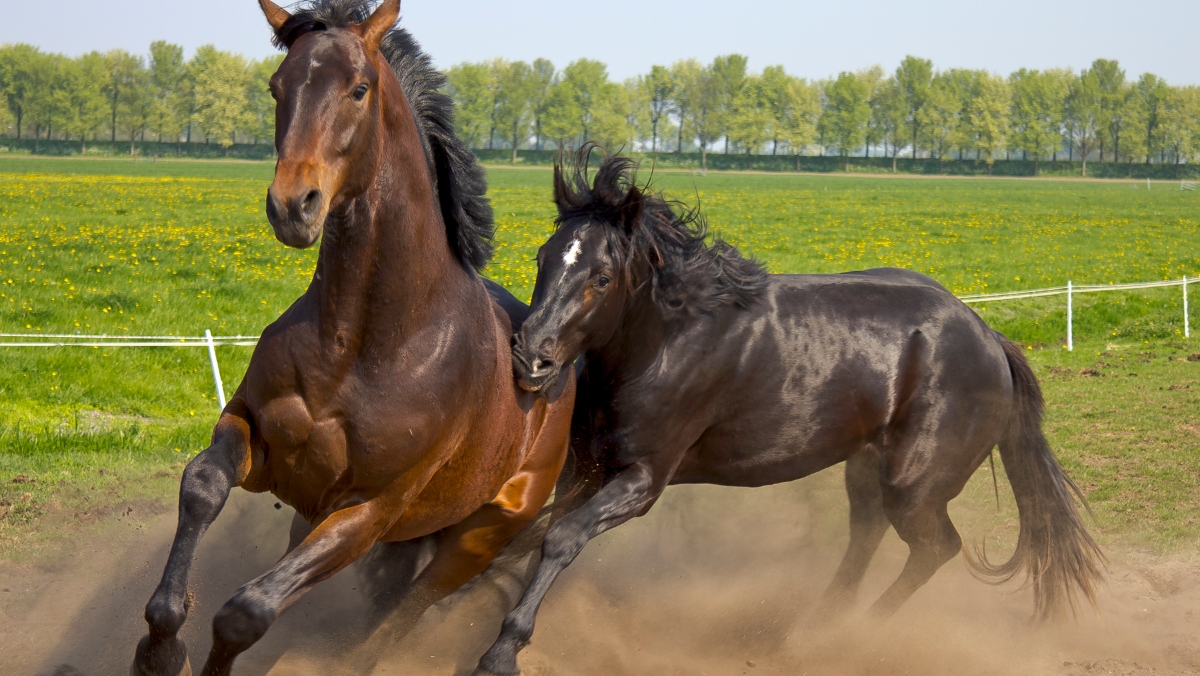 Molecular archaeologist Ludovic Orlando of the French national research agency (CNRS) and Paul Sabatier University led the interdisciplinary team. First, they visited sites from Kazakhstan to Mongolia to gather horse bones. These bones ranged in age from 2,000 to 10,000 years old. The team then sequenced the bones’ genomes and organized them into a family tree. One that allowed the scientists to see how the horses were related to each other and their modern counterparts.

Using the family tree, the scientists pinned domesticated horses’ genetic origins to one type of the equid that herders on the western Eurasian steppe domesticated 4,200 years ago. The western Eurasian steppe, in turquoise in the image immediately below, is a vast ecoregion of Eurasia. It consists of temperate grasslands, savannas, and shrublands. Since the Paleolithic age, people have used the steppe as a trade route connecting Central and Eastern Europe with Central, Eastern, and Southern Asia. 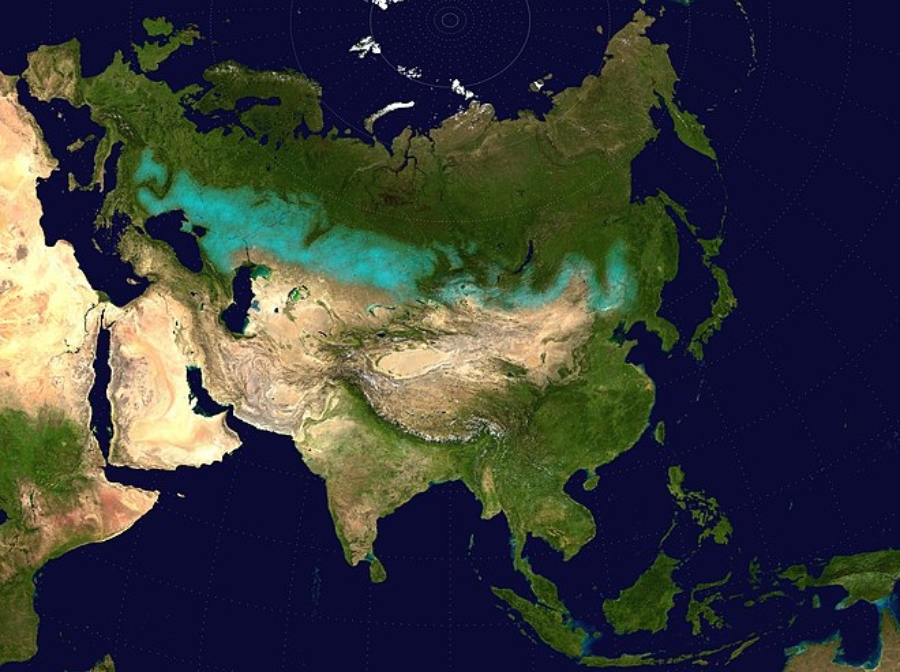 “The horses living in Anatolia, Europe, Central Asia, and Siberia used to be genetically quite distinct,” Orlando told Science. “[But once] we domesticated this new kind of horse, suddenly they were everywhere,” the molecular archaeologist noted.

The genetic profile of the western Eurasian horse began to spread out across Eurasia; replacing existing lineages as it did so. By 3,000 years ago, it had replaced all other genetic profiles in Eurasia. Eurasia includes everything from what is modern-day Turkey to central Russia. The new horse was so entrenched in human life; it even became a symbol of Bronze Age art. 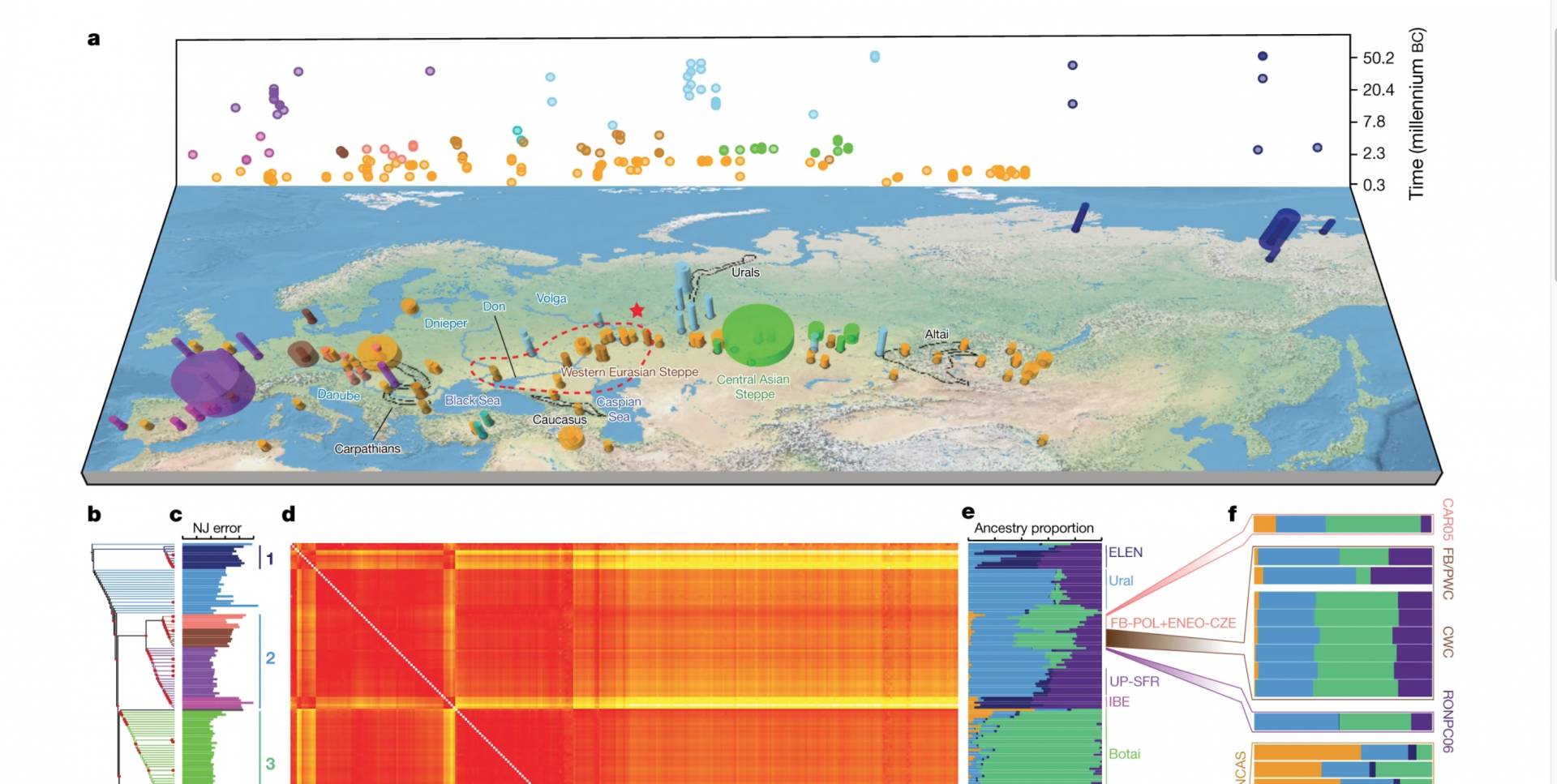 As for why this particular western Eurasian horse became so dominant? The scientists say two genetic mutations gave them the domestication edge. These predecessors to DOM2—or “second domestication”—horses had a gene mutation that helps control anxiety and aggression. As well as one that researchers have linked to chronic back pain in people. These genetic mutations, the scientists say, made the horses calmer and less likely to have back problems than earlier breeds. However, nascent domesticated horses had plenty of other problems to worry about, unfortunately. Like carrying soldiers into battle. Their more recent relatives have also had to star in TikTok videos, which is, of course, terrible in its own right.