Alison Brie Gets Lost In Her Dreams in HORSE GIRL Trailer

Some dreams are so vivid that when we wake up we aren’t sure whether we were ever even asleep. Eventually though we settle down and realize the truth, as we regain our sense of time and place. But what would happen if you could no longer tell the difference between your dreams and your reality? What would that do to you? That question is the heart of Netflix’s upcoming new psychological thriller Horse Girl starring Alison Brie. She plays a woman who gets lost in her fantasies. And as the movie’s first trailer shows, that confusion is not just a nightmare. It’s enough to make anyone crazy.

“Sarah (Alison Brie), a socially isolated arts and crafts store employee, finds herself more content in the company of horses and supernatural crime shows than people. But when a series of strangely surreal dreams upend the simplicity of her waking life, Sarah struggles to distinguish her visions from reality.”

The start of this trailer introduces us to Sarah, “an awkward woman with a fondness for crafts, horses, and supernatural crime shows.” She seems like a lonely soul, someone trying to find human connection in her life. But just as quickly as things seem to be turning around for her, as she starts dating someone new, things go from bad to worse. She “finds her increasingly lucid dreams trickling into her waking life,” as she begins turning up in strange places with no idea how she got there. Sarah also starts believing she is the victim of bizarre events. She fears aliens are kidnapping her. All of it sends her on a “search for the truth, however abstract it may be.”

That blurring of illusion and fantasy is enough to make anyone sound crazy. But Sarah’s loved ones are especially worried for her because her family has a history of mental health issues. Her grandmother also underwent some kind of psychotic breakdown at a similar age. Does this mean Sarah is also losing her grip on reality, or is it possible something else really is going on in her life? If the movie is holding back any more secrets this trailer isn’t giving them away. (Good!) 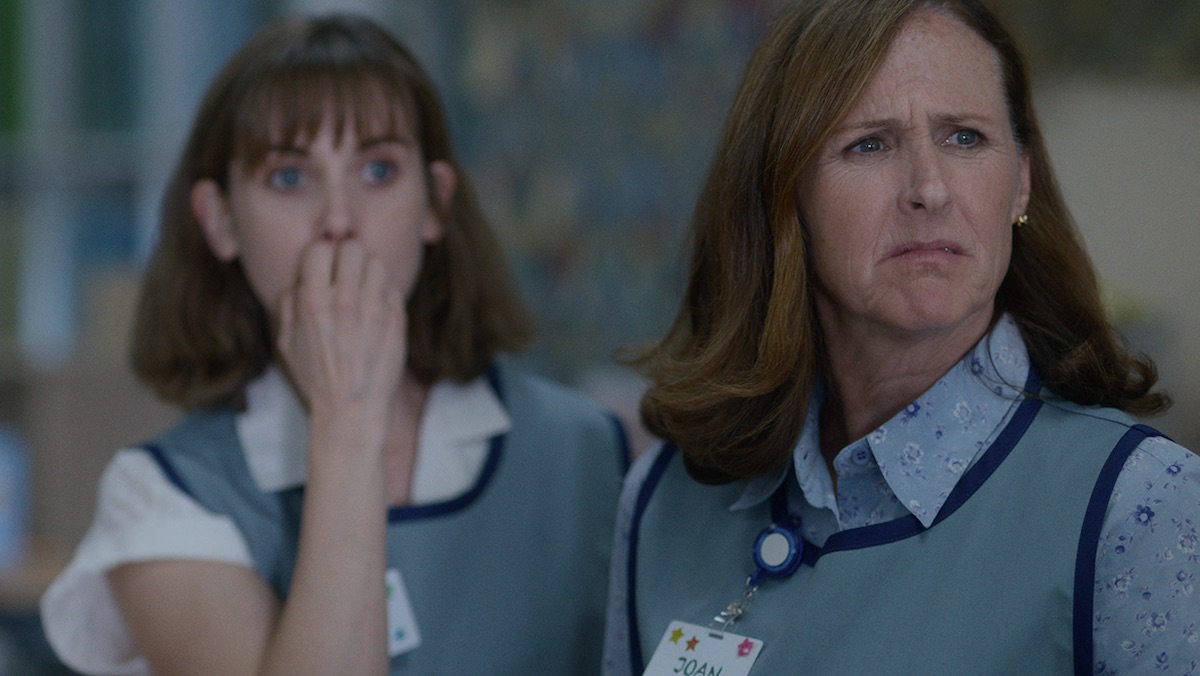 This looks like a very different kind of film from writer and director Jeff Baena. Moviegoers likely know him best from his 2017 black comedy The Little Hours. It also starred Alison Brie, alongside Kate Micucci and Aubrey Plaza, as less traditional nuns. However, this new film (which he co-wrote with Brie) might not be as much as a departure as this trailer would have us believe. Netflix describes the movie as “darkly humorous.” It certainly has the right star for that kind of film.

Between Community, Mad Men, and Glow, Alison Brie has more than proven she can be hilarious and heartbreaking, often at the same time. And she’ll be surrounded by an all-star cast. The film also features Molly Shannon (Saturday Night Live), Paul Reiser (Mad About You), and Debby Ryan (Insatiable).

Unless this movie isn’t even real and I am simply dreaming about it. Sometimes you really can’t tell.