There have been many great duos in history: Ben and Jerry, Batman and Robin, pizza and more pizza. Now, we can add to the list of dynamic one-two combos dolphins and sloths. And while it seems like that doesn’t make any sense at all, the Texas State Aquarium’s introduction of the two species to each other proves it can happen. And that this fierce creature team should probably have some kind of Adult Swim show.

The Texas State Aquarium posted the above video (which comes via Lad Bible) to its YouTube channel recently, noting that it captures an introduction between Chico, the aquarium’s sloth, and the dolphins in the Gulf of Mexico exhibits. Apparently Chico is a “local celebrity,” and this was a rare chance for the enormously slow stud to tour the aquarium without being “mobbed by his adoring fans.”

The meeting went exactly as well as one would expect it to. The dolphins—Liko and Schooner—seemed ecstatic to meet Chico, while Chico… kind of looked like he didn’t care at all. To be fair, that’s probably not due to there being some disinterest in dolphins on the part of sloths, but rather Chico’s natural nonchalance from being such an epic local celeb. As well as a sloth. 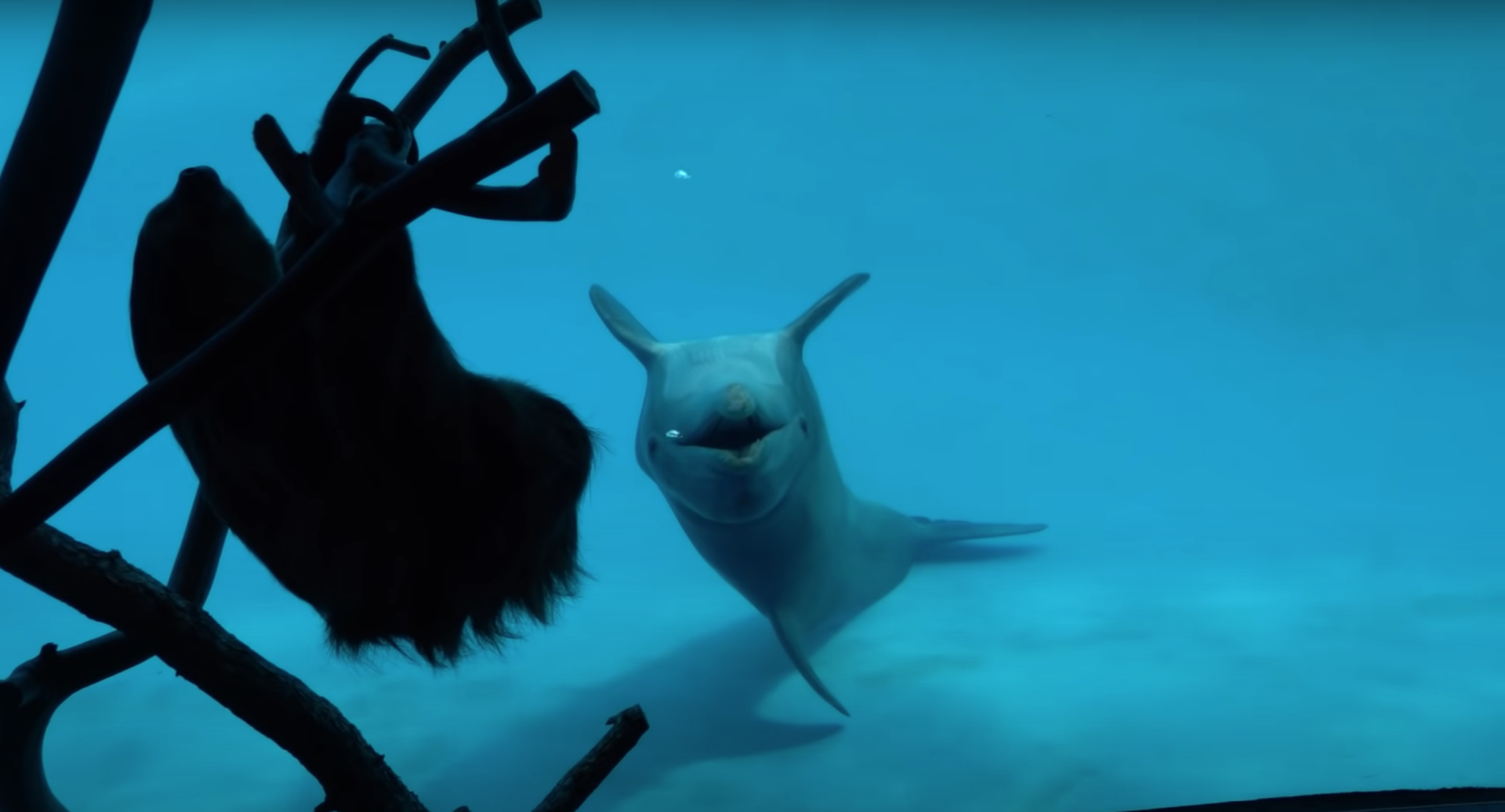 The aquarium wrote in its Instagram post for the sloth-dolphin encounter that Liko and Schooner were quite curious about Chico, and that the former dolphin was even inspired to do “an upside-down sloth impression.” (And before you question whether or not Liko’s impression of Chico was legitimate, recall that dolphins are smart enough to recognize themselves in a mirror.)

Looking forward, it seems like the aquarium will continue to show off its shockingly large array of creatures in order to help those who are now working from home, or are otherwise impacted by the widespread COVID-19 quarantine orders. Their Twitter account’s jellyfish videos are especially mesmerizing for anyone who’s currently feeling like a sloth themselves.

A moment of zen, courtesy of our moon jellies. pic.twitter.com/6a6CU26GpJ

What do you think about this dolphin-meets-sloth moment? Do you want to see Liko and Chico have their own Adult Swim show? Let us know in the comments!