DOCTOR WHO Continues to Inflict Violence Against Black Characters - Nerdist

DOCTOR WHO Continues to Inflict Violence Against Black Characters

Doctor Who’s 2021 special “Revolution of the Daleks” is a reasonably solid episode on the surface. The pacing is decent, Captain Jack’s return is fantastic, and Ryan’s exit—which seeds throughout series 12 —plays out well. And yet, the New Year’s special continues an incredibly troubling pattern of Doctor Who mishandling the practice of diverse casting: a decision which makes the episode itself ultimately unenjoyable.

In recent years, shows like Doctor Who have seen an uptick in diverse actors, which is sometimes the result of colorblind casting. Some people see this as a “progressive” move; however, the show’s writing doesn’t acknowledge the implications of the actor’s race and how it informs the viewer’s interpretive lens. This creates many racially charged missteps which can be harmful.

The latest egregious example of this is “Revolution of the Daleks” character Leo Rugazzi, played by Nathan Stewart-Jarrett. Leo is a scientist who helps Jack Robertson (Chris Noth) and Jo Patterson (Harriet Walter) in their attempts to make Britain “more secure” by creating security drones in the image of the Daleks. 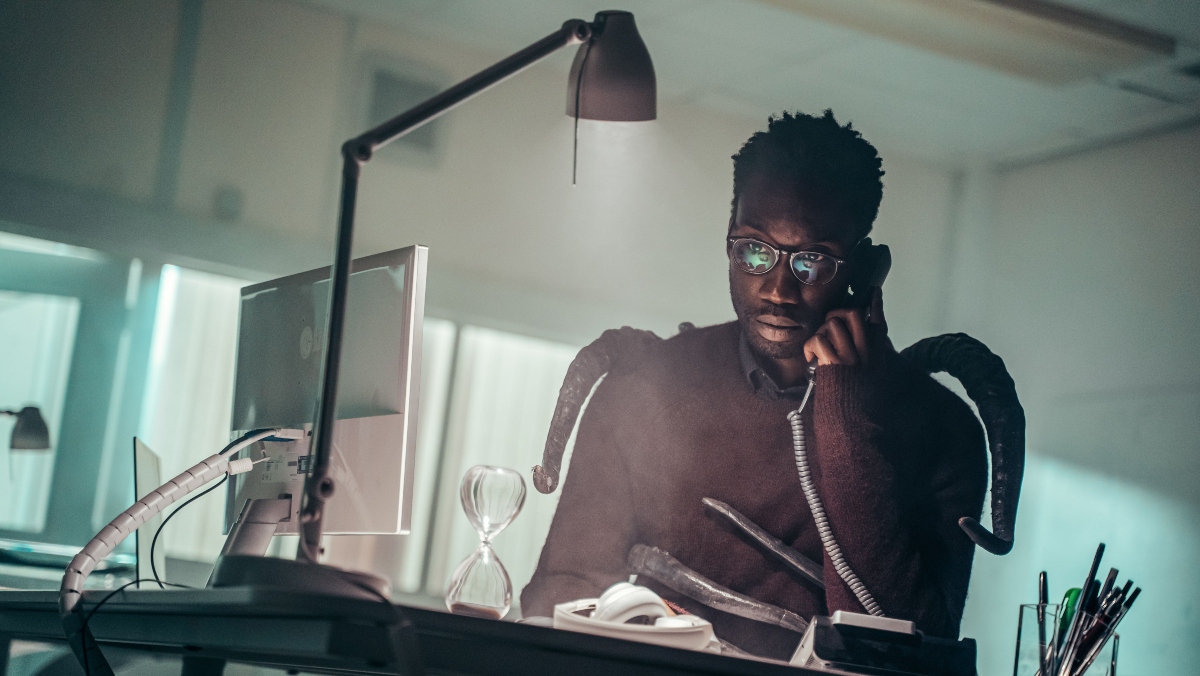 A Black man enthusiastically participating in the creation of a police state creates an immediate disconnect for the viewer. In both the UK (where the drones are) and the US (where Robertson plans to go next), Black folks just like Leo face persecution and violent deaths at the hands of police. Why would the creation of machines which can be further weaponized against Black people excite a Black man? Why would he want to help harm people who look like him and are presumably a part of his community?

Leo’s participation in Robertson and Patterson’s schemes is not the largest issue. The most damaging factor is his subsequent possession by the Reconnaissance Dalek and what comes next. The Dalek takes away Leo’s bodily autonomy, removes his ability to consent to what others perceive as his own actions, and leaves him unable to even speak with his own voice. 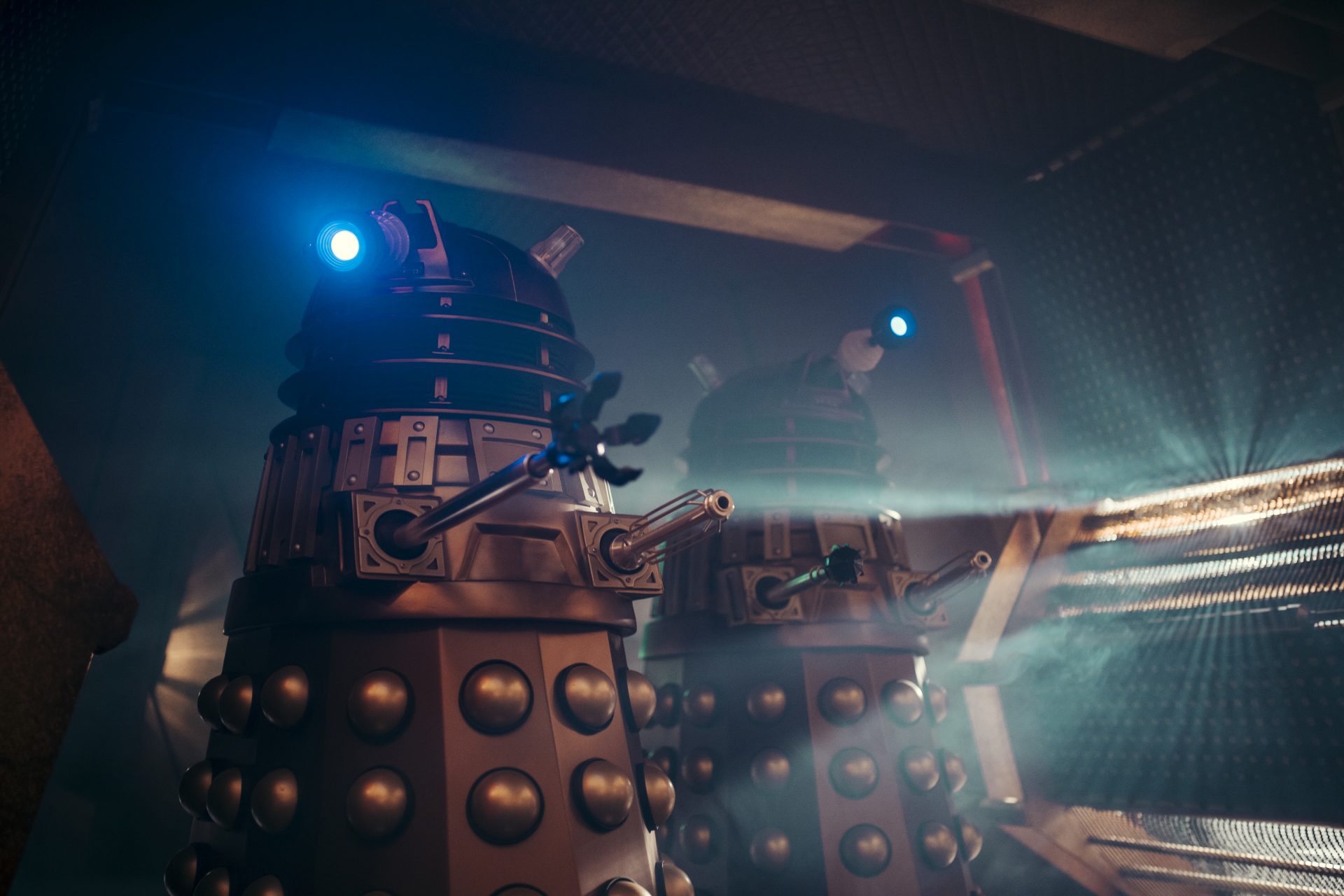 Leo, a Black man, having a Dalek, a creature known for their obsession with purity and supremacy, take ownership of his body and autonomy is a choice. The Dalek killing Leo before ending his possession when he did not have to is a choice. The fact that Robertson, a wealthy white man, is safe in the TARDIS while Leo’s body lies on the floor of an abandoned warehouse that no one will investigate is a choice.

All of these choices feel intentional, and the episode itself shows us that this is true. After the adventure is over and Robertson escapes unscathed to explain himself on TV, Graham asks Ryan, “Can you believe that?” and Ryan says, “Yes.” The pattern of white disbelief and Black resignation is laid bare on the screen. This suggests someone in the writing room was at least somewhat aware of the optics yet they made these choices anyway. 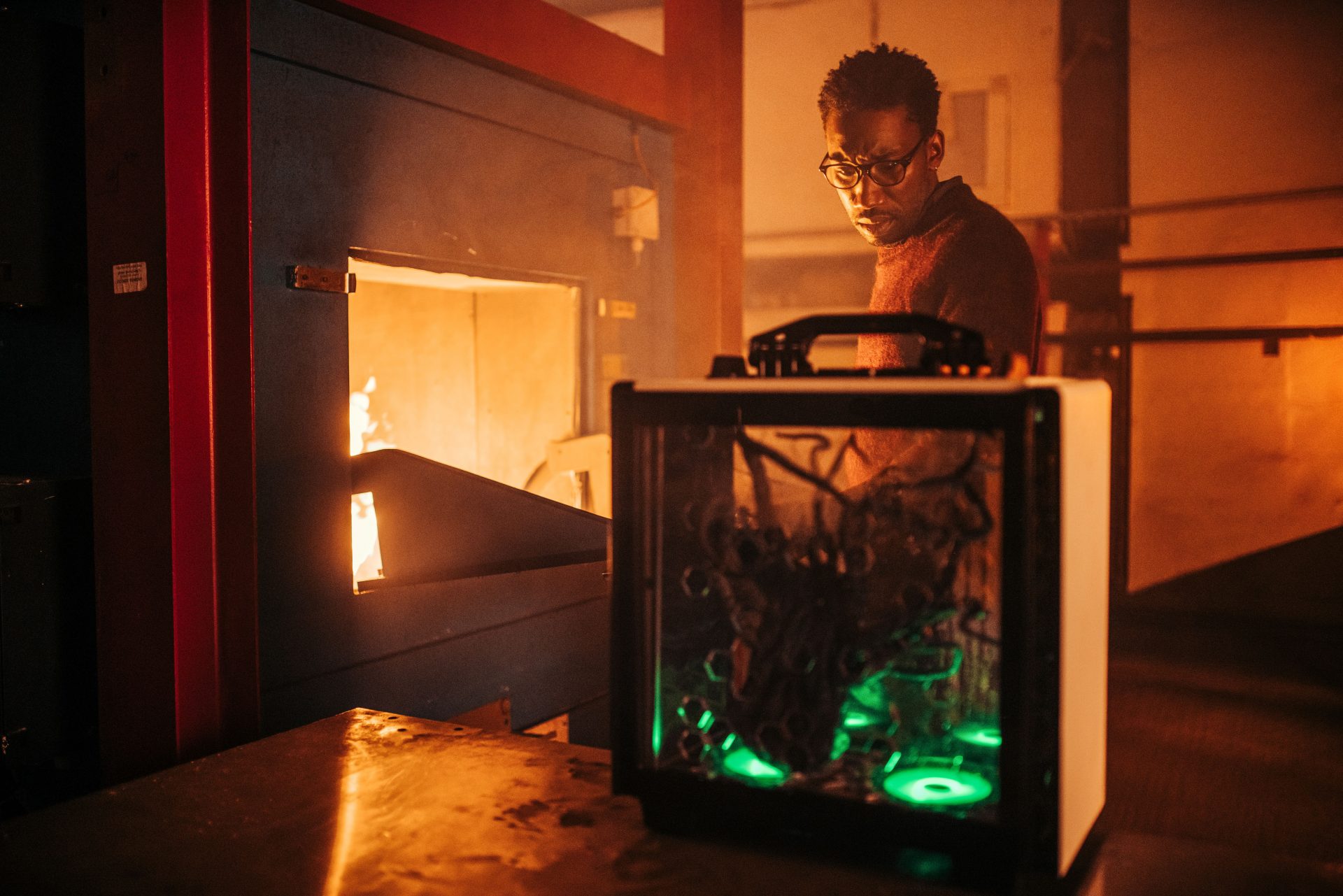 The creators behind this Doctor Who episode did not have to do this, but they made a series of violent choices repeatedly. Someone chose a Black extra to die first at airport security after the Dalek takeover. Whether or not these are subconscious decisions does not matter. What matters is that writers, producers, and directors need to start thinking about these things intentionally. They should not continue casting without careful consideration about prioritizing white characters’ survival while killing off their diverse characters.

Unfortunately, this episode is not an isolated event. Consider Praxeus and the character of Aramu, a Black man who was casually killed off and then never mentioned again throughout the episode. It makes you almost wonder if anyone noticed his death (or him) at all. Furthermore, this problem is not exclusive to the Chibnall era. 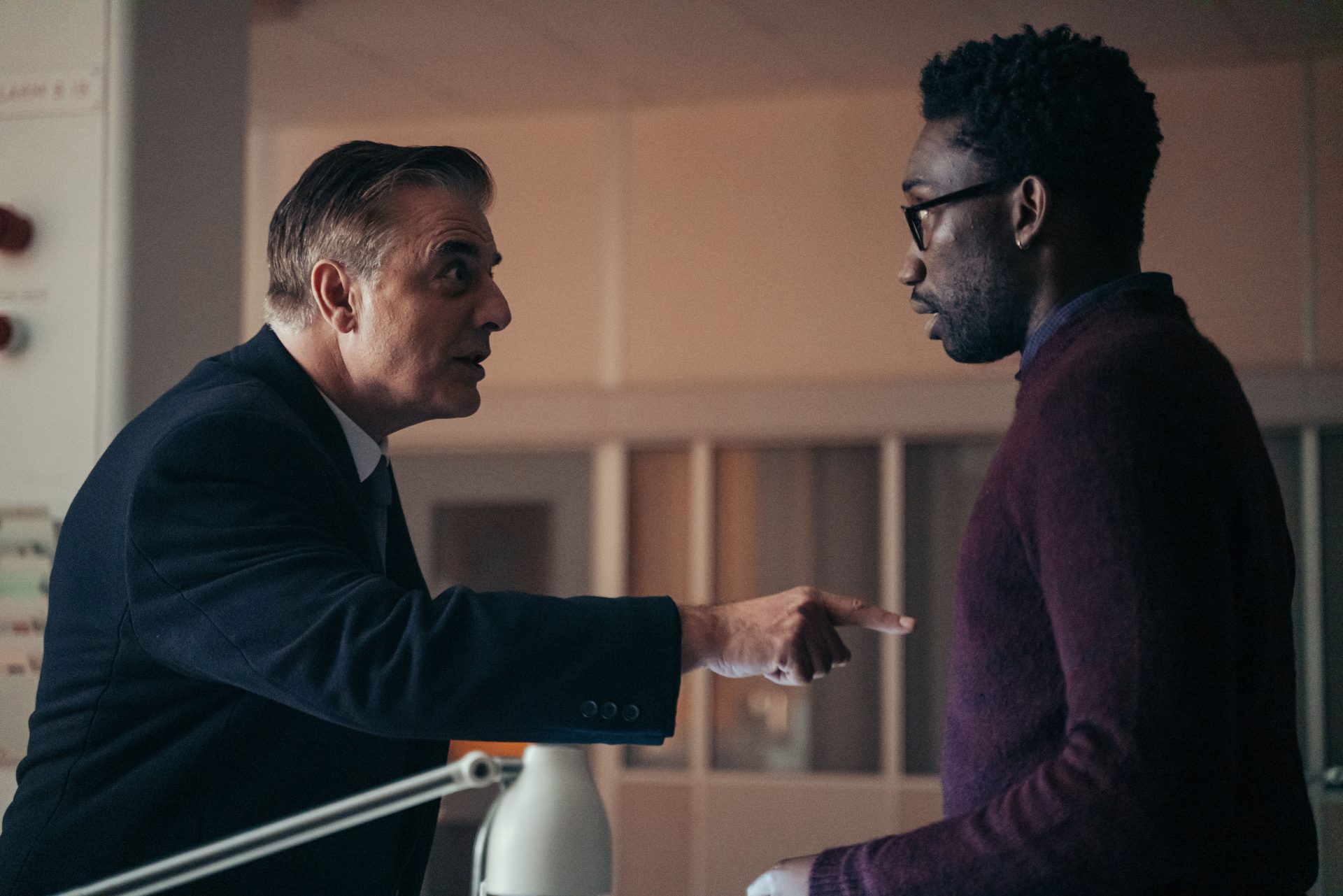 A person in a blue skin shot Bill, a beloved companion, out of fear simply for being a present human. Then, she becomes a Cyberman while others, including The Doctor, police her emotions because of fear about her potential reactions. Her conversion comes only two season after Danny Pink, a Black man who also dies and turns into a Cyberman. This only makes Bill’s traumatic ending even worse. These are just a few of many painful choices against Black characters.

Doctor Who absolutely needs diverse casting like every other production, but it should be done thoughtfully. The show’s creatives need to consider how actors’ racial identities factor into the characters they write. And they should also consider the consequences if they do not properly adjust stories. Most importantly, the “they” needs to be full of diversity as well to avoid these missteps. Doctor Who (and every show) has the capacity for richer and more enjoyable storytelling when there is all-around intentional diversity.

More by Talia Franks
Doctor Who

DOCTOR WHO and the Would-Be Companions That Weren’t

How The Doctor Leaves a Path of Destruction on DOCTOR WHO

TAGGED: Doctor Who, Revolution of the Daleks, colorblind casting