Jodie Whittaker’s first season of Doctor Who won’t begin airing until October, but she’s already in august company. Every single actor who’s played the Doctor up to now has made an indelible stamp on the role right from the very beginning, and the odds have it that Whittaker will come out the gate with amazing stuff. There’s precedent for this; Matt Smith’s first season is by far his best, same with Jon Pertwee. And you can’t get too much better than Tom Baker’s inaugural season, which has been newly restored and released as a Blu-ray box set.

This set—touted as “Tom Baker Season One”—not only gathers all 20 episodes comprising five stories of Doctor Who season 12, which aired from December 1974 to May 1976, but fills the discs with over 17 hours of bonus material. It’s a staggering amount of extras, but as I’ll discuss in a moment, all incredibly worthy. 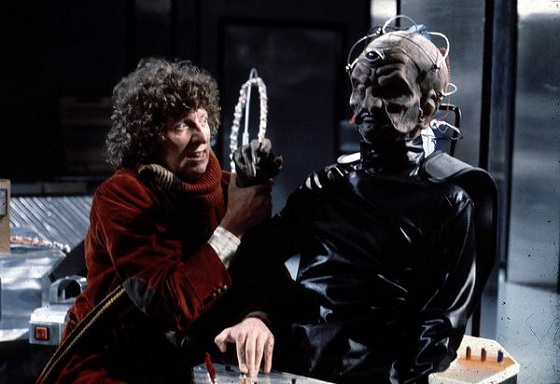 First a few quick notes about classic Doctor Who on DVD. Because of the way the show was serialized in the classic series, the DVD releases were all individual stories, consisting of between two and 10 episodes a pop. Only twice has a full season been bundled into a single release—season 16 and season 23—and both of those were because they contained a much more pronounced season-long quest arc within the different serials.

The other thing to note is that just about every episode of Doctor Who in the old days featured some form of videotape recording (usually for the show’s multi-camera interiors), and as such, there’s limited restoration that can be done for the HD format beyond what’s already been done by the amazing Doctor Who Restoration Team prior to the initial DVD releases. However, the Blu-ray for Tom Baker’s first season does look better than the DVDs, and they have a ton more space per disc for all the extras. 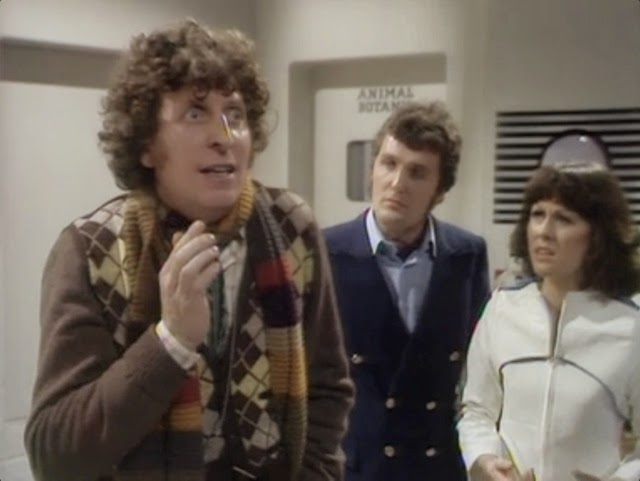 Tom Baker’s inaugural season was transitional on just about all fronts. Producer Barry Letts and script editor Terrance Dicks, who’d been the creative force behind all five Jon Pertwee years, were stepping down and a new young producer named Philip Hinchcliffe was taking over for Letts while longtime Who writer Robert Holmes took over for Dicks. The series would move away from the Earthbound UNIT years-style of storytelling and return to the Doctor traveling time and space. In order to ease the transition, Letts—whom Hinchcliffe shadowed for the first few weeks—commissioned stories written by established series writers and featuring returning fan-favorite monsters as much as possible.

The initial story, “Robot,” remained a UNIT story, the last to utilize the Pertwee years sets, and allowed Tom Baker to put a stamp on the character in an arena fans had only ever seen his predecessor occupy. And how different he was! Sillier, more irreverent, yet still quite imposing and altogether alien. This was followed by “The Ark in Space,” a story that is still considered one of the Fourth Doctor’s best, set on a near-deserted space station, with an alien running amok. The slight but enjoyable “The Sontaran Experiment” followed, giving the season some more location filming, and then we have the all-time classic “Genesis of the Daleks,” which introduces the Daleks’ creator Davros and is one of the bleakest allegories for Nazism ever in sci-fi. Rounding out the season is the goofy but harmless “Revenge of the Cybermen,” in which the Cybermen seek revenge…for something. What makes the season so memorable and endlessly watchable is not necessarily the individual stories, but the interplay between Baker and his two companions. Sarah Jane Smith, played by Elisabeth Sladen, was still fresh off her first year on the show and continued to bring an energy and a savviness the role of companion dearly needed. She sparked well with the Doctor as well as the one-season companion of UNIT medical officer Dr. Harry Sullivan, played by Ian Marter, a character initially written in to be the one to do the action bits if they’d hired an older actor as the Doctor. Harry’s old fashioned mentality clashes with Sarah Jane’s modern career woman without being abrasive; if anything, Harry comes off as quaint. I could talk for hours about the stories, but that’s only a percentage of what the Blu-rays have to offer. In addition to all of the extras that originally came with the individual stories, the BBC have commissioned literal hours of new content, including a full hour-long interview with Baker conducted by writer, TV presenter, and huge Doctor Who fan Matthew Sweet. It’s a career-spanning discussion of not just Baker’s first season but all of his time on the show and beyond, and the 84-year-old actor is his trademark mixture of self-effacing and batty, and gets quite candid and revealing.

The next new feature that I think is just about the best thing ever to grace a Doctor Who release. On each and every story there’s a feature called “Behind the Sofa,” referring to the common parlance of British people saying something was so scary they hid behind the sofa. This features an edit package (17 minutes for “Sontaran” and up to 45 minutes for “Robot”) in which two sets of people watch the stories and comment on them. The first set is Tom Baker, producer Philip Hinchcliffe, and Sadie Miller, daughter of Elisabeth Sladen. When it cuts to this crew, you get a lot of background information, reminiscences, and some irreverence, especially seeing the 33-year-old Miller at times humoring these two very old men. The second half of each of these features has three actresses who played companions for Tom Baker later in his run, who have never seen these season 12 stories before. Louise Jameson played Leela, the companion immediately following Sladen’s exit, and she’s joined by Janet Fielding and Sarah Sutton, who played Tegan and Nyssa, respectively, during the final Baker stories before becoming companions of Fifth Doctor Peter Davison. They take turns slagging off bad special effects, trying to remember things from their own eras, and just generally talking to the screen as if nobody’s watching. It is an utter delight.

In addition, each story also has a making-of featurette (“Sontaran” and “Cybermen” each got a newly commissioned one), and there’s also the whole four hours of “The Tom Baker Years,” a VHS release from 1991 in which Tom Baker himself watches and comments on clips from his seven years on the series. 5.1 sound mixes grace “The Ark in Space” and “Genesis of the Daleks,” and you can watch new special effects for “Revenge of the Cybermen.” There’s also the rarely seen “Genesis of the Daleks” omnibus movie version that was recently screened in cinemas. 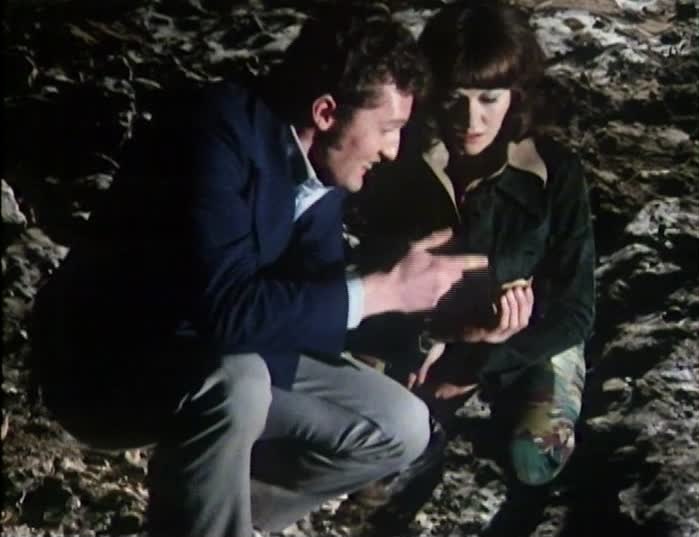 I’ve long said I’m not the world’s biggest Fourth Doctor fan, but you can’t help but be enthralled and delighted by each and every minute of the “Tom Baker: Season One” Blu-ray set. If this is the primer for future such classic Doctor Who releases—perhaps they’ll do more Tom Baker seasons or full seasons for other Doctors—then I don’t think any fan will be let down. This is the best of the best.

More for the Whovian!

MULTIVERSE OF MADNESS Reassures You All the Marvel TV Shows ...