11 DOCTOR WHO Planets We Never See But Want To Visit

Now is the perfect time for the Doctor to show up and offer a companion spot. Earth is in complete disarray and pretty much everyone wishes they could head off to another planet. The Doctor‘s time and space adventures have taken companions to some pretty incredible planets. But there are a lot of off-screen adventures too. What about the Whoniverse planets that have never shown up on screen?

Those little tidbits of information about what life is like in the TARDIS are the best. The Doctor will make a casual remark about a vacation on a random planet. A companion will recall a life changing adventure. Or a planet comes up in the midst of yet another weird conversation about alien invasions. There are so many awesome places in the Doctor Who universe and we wish we could see all of them! This list isn’t exhaustive but it would be a great travel guide for anyone with a spaceship looking to get away from Earth.

The “Doctor Donna” chats with Ten about Felspoon, a planet with mountains that sway in the breeze. She says she’s ready to take off and go there before she realizes what’s happening to her mind. It would be lovely to visit Felspoon in Donna’s honor and watch those majestic mountains move back and forth.

Clom (the twin planet of Raxacoricofallapatorius) is the perfect place for an adventure. It’s kind of dangerous because it is the home planet of the Abzorbaloffs. But what is a TARDIS adventure without trying to run away from a species that wants to absorb your body? The amusement park lovers among us can also enjoy the planet’s (probably creepy) Disneyland.

The first regeneration in the series current era is a bittersweet one. Nine loosely explains regeneration to Rose before musing aloud about a trip he wants to take to Barcelona. He says its a planet where dogs don’t have noses, which is both intriguing and quite scary. Nine regenerates into Ten and picks back up the conversation about Barcelona. There are so many questions that need answers. Is there something in place of the nose? Are dogs in charge? The only way to find out is to go! 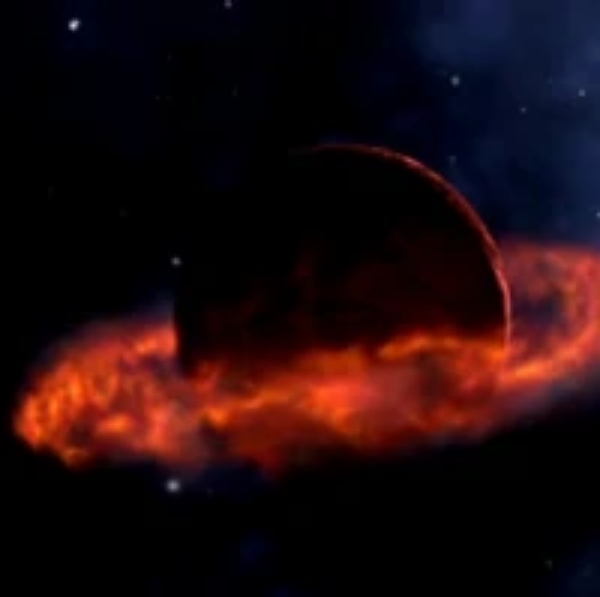 Sarah Jane Smith is obviously the ultimate Doctor Who companion. Who else travels with The Doctor and then gets their own show with companions? In The Sarah Jane Adventures final episodes, she thinks back to her space travels. Sarah Jane mentions Coulabria, a planet with a set of fiery rings. It may not be possible to visit it if its a gas giant like Saturn but a “fly by” to see those rings would be fantastic. 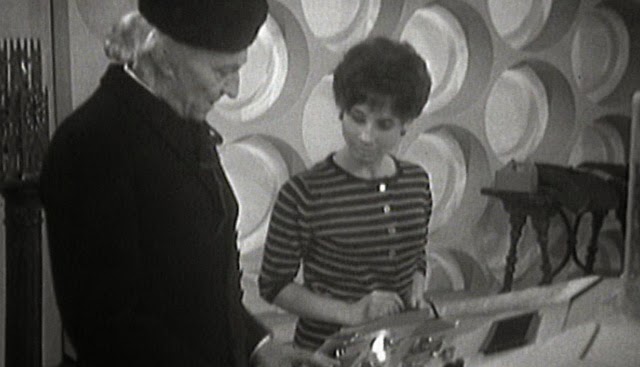 Imagine all the adventures that Susan and her grandfather went on before the series. One of those trips is to Esto, a planet with telepathic plants. Esto is brought up in “The Sensorites” serial. We don’t know what’s there but why not go and find out? 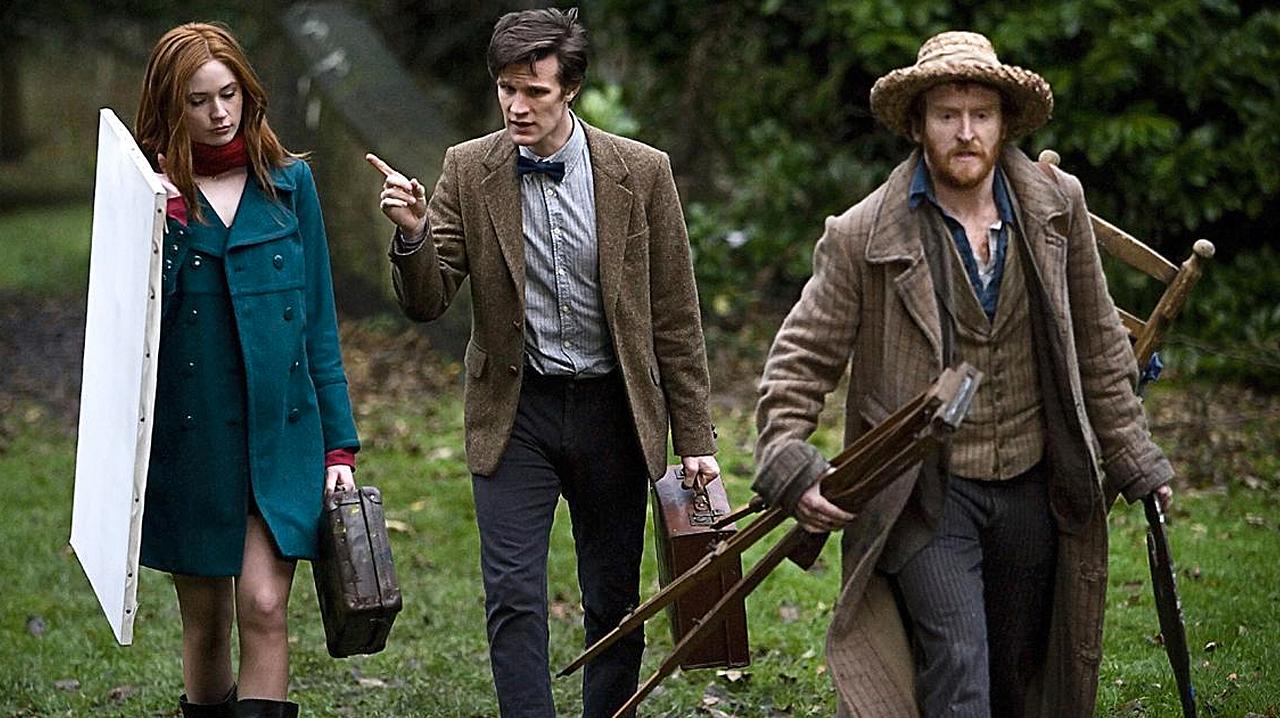 Arcadia pops up a few times in the Whoniverse as a planet colonized by humans. Captain Jack’s former partner searches for an Arcadian diamond. The planet is also mentioned by Amy Pond in “Vincent and the Doctor.” No one mentions what it looks like but if Amy likes it, then we will love it. 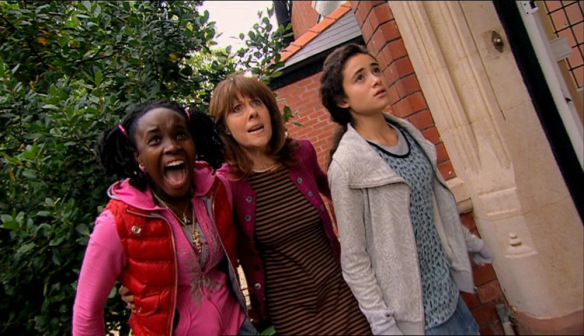 Arcateen V comes up in The Sarah Jane Adventures‘ first episode. It’s the home of Butterfly People, one of whom is a friend of Sarah Jane. The “star poet” is the ethereal presence that Sarah chats with in her backyard. Arcateen is probably as interesting and beautiful as its inhabitants.

Surely this cannot be Thor’s home right? The show neither confirms nor denies this (fanfiction writers rise up) but we do know that River Song and the Doctor have a picnic there.

The Tenth Doctor’s excitement over visiting this planet didn’t last long. He tells Martha how the sky is like “oil on water” with bursts of star fire on the coast before she drops the “I’m leaving you” bomb. Welp. This duo didn’t make it there but we are 100% down for this trip. 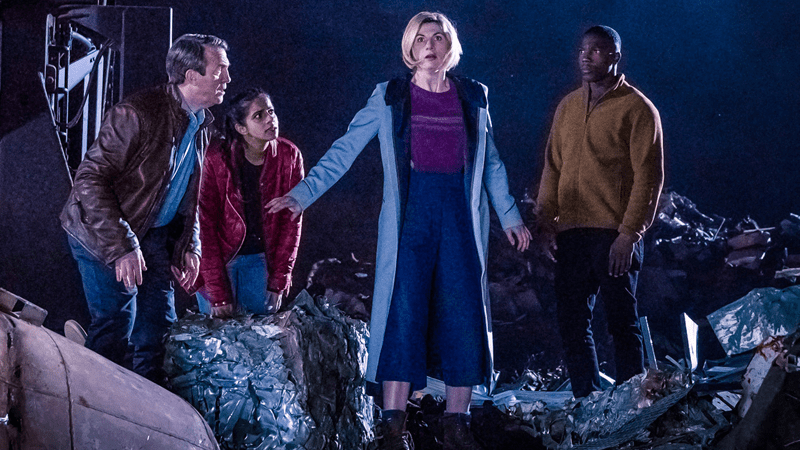 Thirteen took Graham, Yaz, and Ryan rain bathing on this tropical planet. Graham gave the experience two thumbs up so we want to check it out too. Fun adventures like this made the events of “The Tsuranga Conundrum” a bit easier for the fam to handle. And, right now, a vacation to go play in water sounds super refreshing.

The Whoniverse is teeming with life and adventure. We don’t have a TARDIS to get there but it’s fun to dream about traveling extensively to all the places this world has mentioned yet shown onscreen. All we need is an invite from the Doctor and we are ready to go!