Dungeons & Dragons players will tell you that a good ol’ fashioned dungeon crawl is one of the best parts of playing the classic role-playing game. Entering a dark dungeon, and slowly working your way through monsters and traps to reach the depths and find the treasure? That’s what the game is all about.

Dungeon masters (literally, they are masters at making dungeons) Peter Heeringa and Troy Wilhelmson took the dungeon crawl one step further by transforming a dresser into a multiple level dungeon map.

It began, as the best adventures do, in a tavern. And not a miniature inn, but a full-sized job board with opportunities for brave fighters and magic users.

Lucky player Justin Alexander experienced the adventure firsthand and chronicled the dungeon crawl recently on Twitter. “The Dungeon of Drezzar is run as an old school-style open table using 5th Edition rules,” he wrote. “There’s a ‘tavern’ complete with a notice board where adventuring parties can leave messages for each other.”

As you can see here, each drawer of the dresser can be pulled out and put on the table.

But there's also cool features in the dresser itself: For example, you can actually peer down the old well on the surface of the dresser into the dark recesses of the lower levels. pic.twitter.com/447Dw6j5OT

If that dragon waiting for foolhardy adventurers to enter its purple-hued lair looks familiar, that’s because it was inspired by the cover of the 1981 Dungeons & Dragons Basic Set. 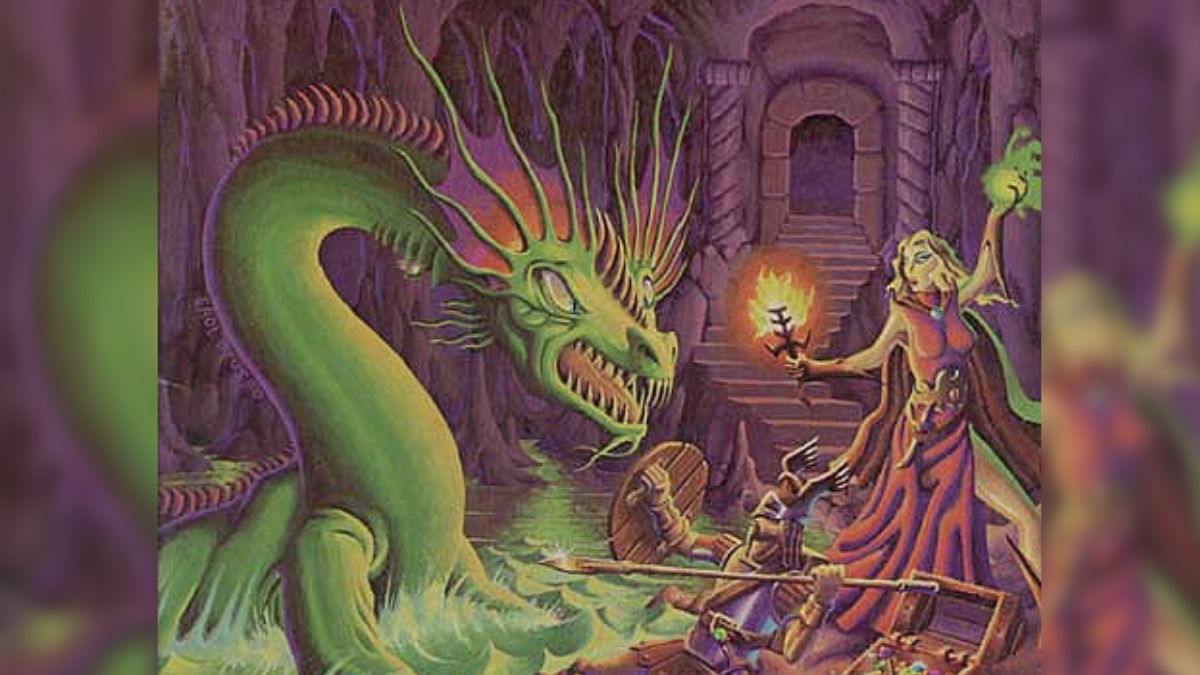 TSR / Wizards of the Coast

Another party member, Laura Zats, also gave a play-by-play of the dungeon crawl for the ages. Take a look at her comprehensive recap and you’ll feel like you’re sitting at the table alongside the group of friends.

“Well, Peter and Troy [had] the idea that you can stack sets and make a dungeon. They found an old dresser on the side of the road and got started. Six months of complete secrecy later, they rolled this out,” she said.

My bestie DM Troy (who is a set designer) and my friend Peter have always loved visual extravaganzas. This is an example of a typical Wednesday night for our group pic.twitter.com/XM8IGvdKUV

Were the adventurers victorious? Well, let’s just say they fought bravely until the very end. But most importantly, they had an unforgettable time together as friends, banded together in a dungeon crawl that will live forever in the memory of the internet.

Kelly Knox is a freelance writer in Seattle, WA who writes for Star Wars, DC Comics, IGN, and more. Follow her on  Twitter and ask about her D&D character.