The impact of Star Wars on pop culture upon release cannot be underestimated. Everyone wanted a piece of the pie that was the galaxy far, far away. And no one wanted in on that Star Wars action more than Disney. But back in the early ’80s, Disney merging with Lucasfilm seemed like a pipe dream. So in 1981, when Disneyland wanted to make a “Star Wars rock band” with aliens and robots to play in Tomorrowland, they had to get a bit creative. And thus, Halyx was born.

For one brief summer, a band inspired by the sci-fi phenomenon called Halyx rocked out in front of Space Mountain. And like a shooting star, they just as quickly vanish. But now a documentary about the once-forgotten rock band and their unlikely story has emerged on YouTube. You can watch the feature-length Live From the Space Stage – A Halyx Story it in its entirety above. 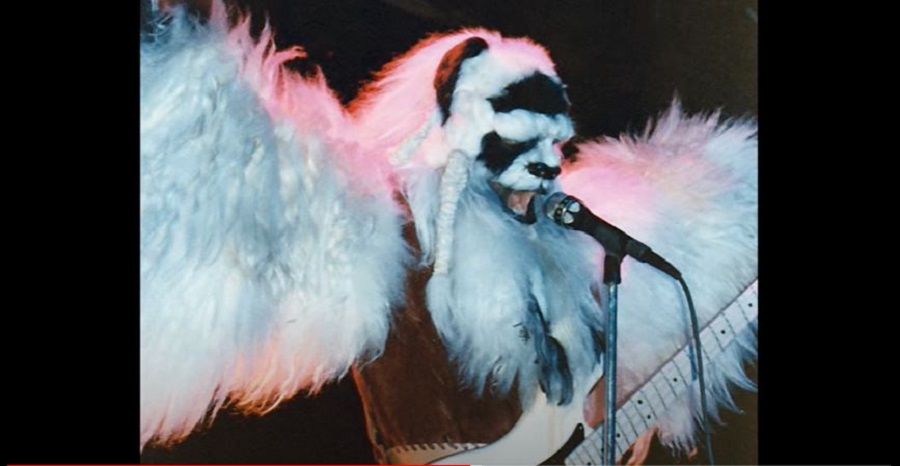 The full-length documentary comes from the amazing YouTube channel Defunctland. This channel’s wonderful videos chronicle long gone theme park attractions from yesteryear, as well as rides that never go past the concept stage. They also have extensive videos about the histories of as Disney Channel shows from the earliest days of the cable network. Shows that have remained largely forgotten today.

Live From the Space Stage is a fascinating time capsule from the early ’80s Disney era. This was after Walt Disney had died, but before Disney starts re-emerging as the powerhouse they are today. This was a time when the family friendly Disney parks wouldn’t allow men with long hair to come inside, because it violates their grooming standards. But at the same time, they gave the O.K. for rock bands on their stages to perform songs titled “Jailbait.” Wait, what??  Look man, the ’80s were just weird.