Gillian Anderson Doing ASMR Might Give You a "Braingasm" - Nerdist

Gillian Anderson Doing ASMR Might Give You a “Braingasm”

If you’re a frequent YouTube peruser, then you’re probably familiar with ASMR. Short for “autonomous sensory meridian response,” ASMR videos tap into the pleasure centers of our brain using certain “triggers.” It can be anything from whispers to tapping to visual motions that evoke intimate feelings. Not everyone experiences ASMR, but those who do credit the videos for promoting relaxation and calmness. Essentially, they create a feeling of safety and comfort.

The ASMR trend has gained a ton of momentum in the last five years or so, and even celebrities are getting in on the fun. W magazine does a whole ASMR series, where famous folks like Jennifer Garner and Cardi B get in on the whispery fun. Now, Netflix is taking it to the next level by using ASMR to promote one of their original programs: the British comedy series Sex Education. And they’ve enlisted star Gillian Anderson.

In this semi-erotic new video, Anderson plays her character Dr. Jean F. Milburn, a sex therapist and mother of lead character Otis (Asa Butterfield). Set before a teal backdrop and at a desk covered in ASMR-friendly objects, she welcomes us to experience what she calls a “braingasm.”

“As a warning, you may be about to experience a very tingly feeling as well as a general sense of euphoria and ultimately great pleasure,” she says, before stroking the microphone.

She starts the ASMR session with “positive affirmations,” another trigger that gives listeners a better sense of self and personal positivity. As Dr. Milburn, she also writes notes, thumbs through a book, opens and pours a bottle of wine, and makes a delightful “ahh” noise after every dainty sip of her drink. If you’re one of the many people who’ve been crushing on Anderson since her days as Dana Scully on The X-Files, let’s just say this whole video… is a lot to handle. 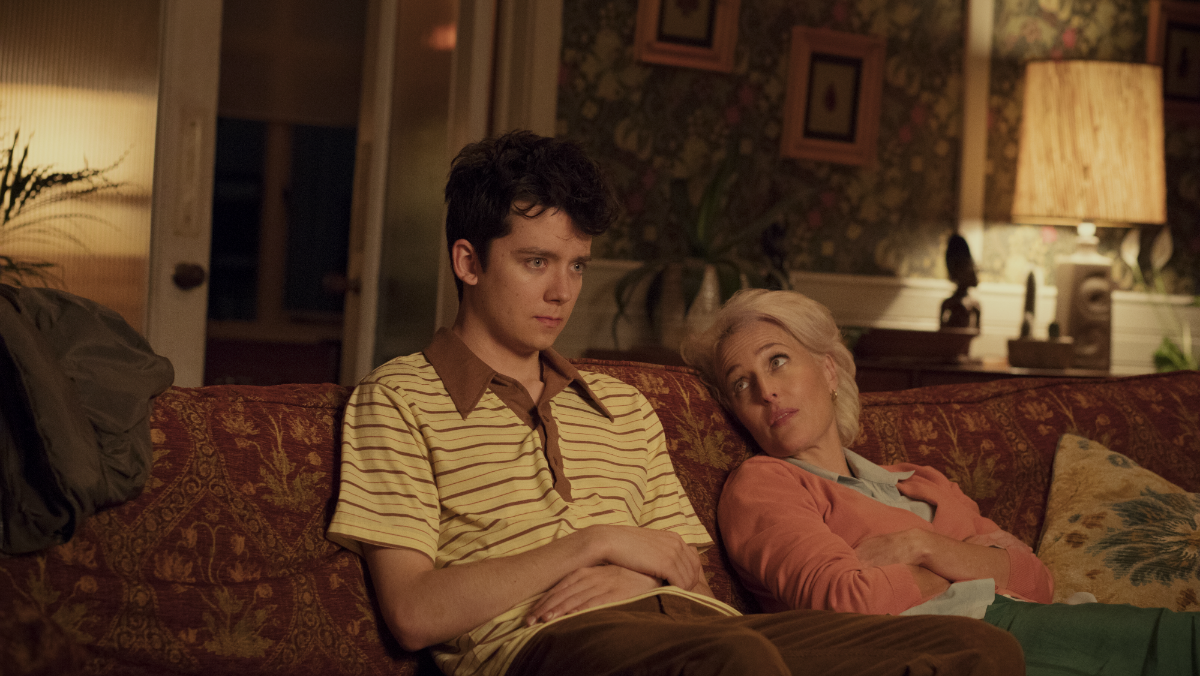 The video is a genius strategy for Netflix. Not only does it give watchers a pleasurable THREE-minute experience, but it’s also very much in tone with Sex Education. The series follows socially awkward teenager Otis who is put off by sex because of his mother’s very open attitude on the matter. To deal with his complicated feelings, he sets up a sex advice business with his bad-girl classmate Maeve (Emma Mackey) to help the kids at their school deal with sexual frustrations and issues.

The second season of Sex Education premiered on Netflix on January 17. The critically acclaimed series has a Rotten Tomatoes score of 97%, which should hopefully persuade you to check it out. It’s not only a critical hit, but a commercial one as well; the first season had over 40 million viewers in the first month alone, according to Netflix metrics. That, coupled with Gillian Anderson dressed in velvet and doing ASMR, is a good enough reason to hit that play button.