It’s been much talked about as of late, but the “real” lightsaber Disney’s been working on has remained very tightly under wraps. Until now, that is. On this May the 4th, we finally have a first glimpse at the “real” lightsaber. And it certainly is the briefest of looks. However, that doesn’t mean it’s not the most impressive practical lightsaber we’ve ever seen. The 13-second clip simply features an actor as Rey activating the lightsaber. So we don’t know what else it can do, per se. But at least we don’t think it can easily slice through most objects.

Disney is pulling no punches with its new Star Wars-themed luxury hotel at the Walt Disney Resort in Florida. The lightsaber, which we first saw at  ScreenCrush, will debut at the upcoming Star Wars: Galactic Starcruiser hotel, which opens in 2022. Fans staying at the hotel are in for a “fully-immersive” two-night Star Wars experience (hopefully minus any nearly impossible rescue missions or run-ins with Sith Lords.)

The Disney Parks Blog, which unveiled the lightsaber’s first look, also shared some seriously impressive pieces of concept art for the Star Wars: Galactic Starcruiser hotel. Visiting a galaxy far, far, away without leaving Florida? I’m in. The experience is set aboard a Halcyon starcruiser. The two-night stay features opportunities to train with a lightsaber, explore the ship, and mingle with characters from across the galaxy. And, of course, experience Batuu as the hotel is just a transport ride away from Star Wars: Galaxy’s Edge. 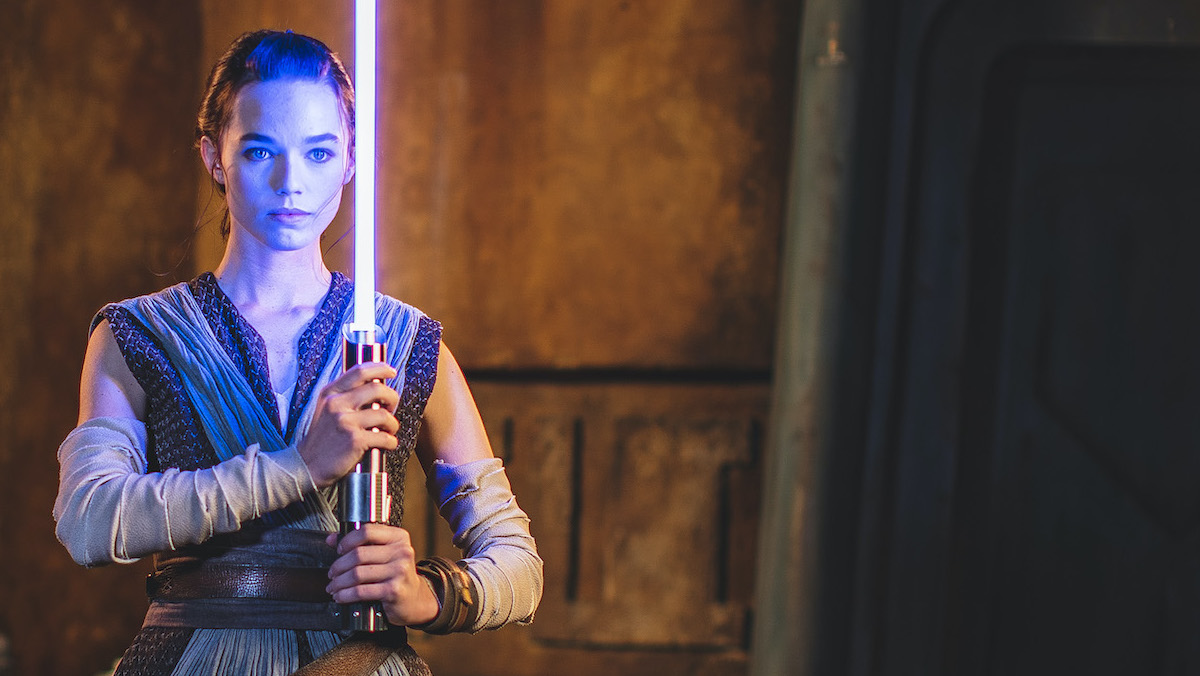 Most importantly, it means a front row view to the lightsaber. And plenty of time to marvel at the Disney Imagineering Research and Development team’s innovative minds. Maybe, if we’re lucky, the lightsaber training will use the same technology and we can try it for ourselves. That means we have some serious cosplay to be thinking about.