Stone by day, action figures by night. Pretty sure that’s how the Gargoyles opening credits go. The beloved Disney animated series aired from 1994 to 1997, though from the way fans talk about it, you’d think it was brand new. To be fair, many have likely discovered the show for the first time through Disney+. And now, fans old and new can start a new Gargoyles collection thanks to NECA’s new action figure line, which they revealed on Twitter. They’re kicking off what will hopefully be a whole Gargoyles set with an impressive Goliath action figure. 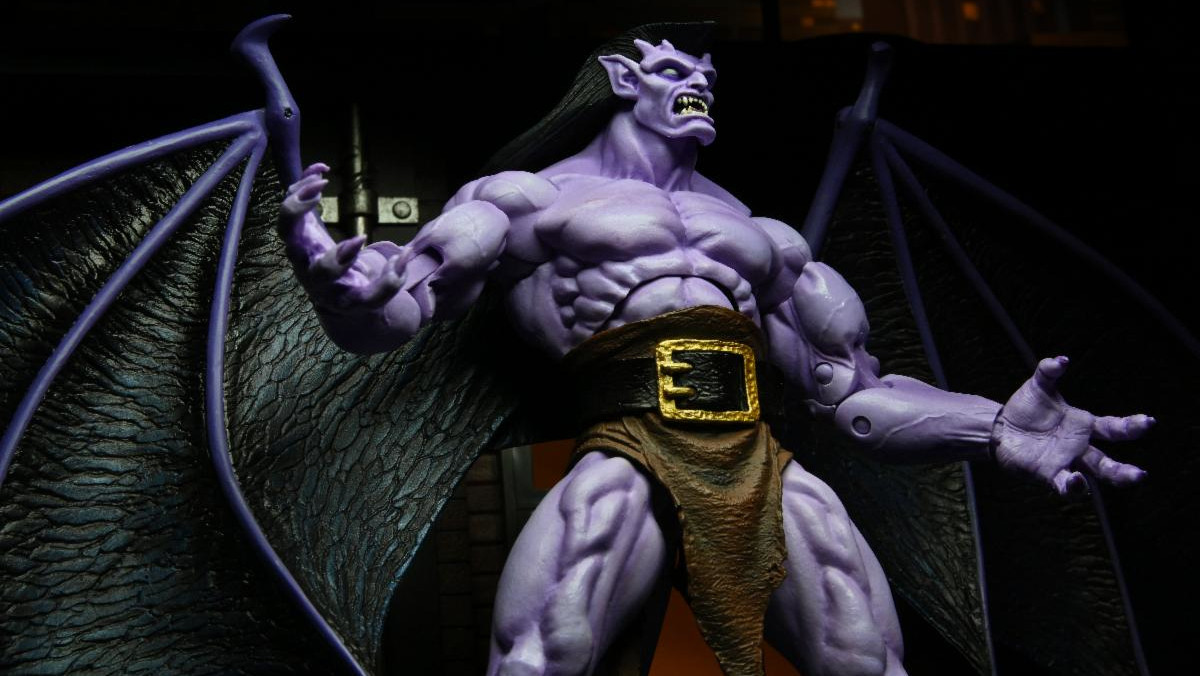 The leader of the Manhattan Clan, Goliath is wicked strong and sharp. The action figure captures his hulking form and might, too. The seven inch figure has multiple points of articulation so you can pose him atop the skyscrapers (a.k.a. shelves) of your choosing. And the sculpt really delivers on wingspan, which comes in at 16 inches. If nothing else, Gargoyles should be imposing. 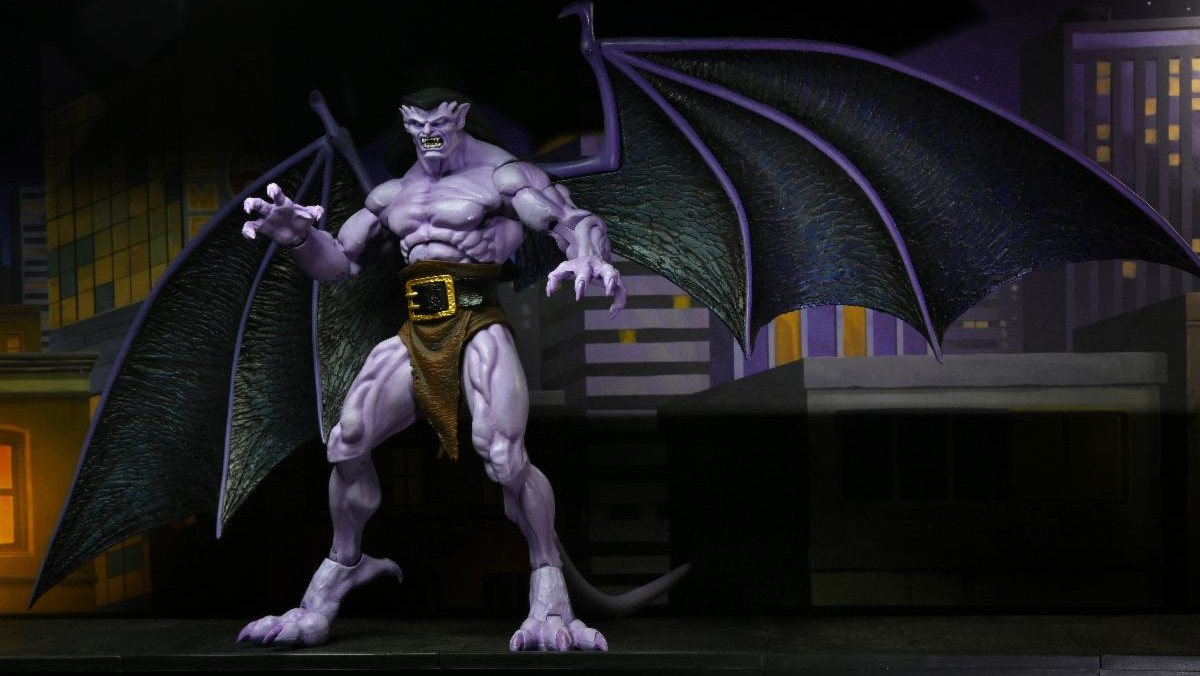 Goliath comes with accessories as well: interchangeable heads and hands, an open book, and a jalapeño pepper. The pepper references an episode where Broadway gives Goliath a jalapeño to try and Goliath responded by making the word “jalapeña” sound like a curse word. You have to love an accessory that leans into a deep cut. And the book is a nod to Goliath’s enjoyment of reading (he particularly enjoys Dostoyevsky). 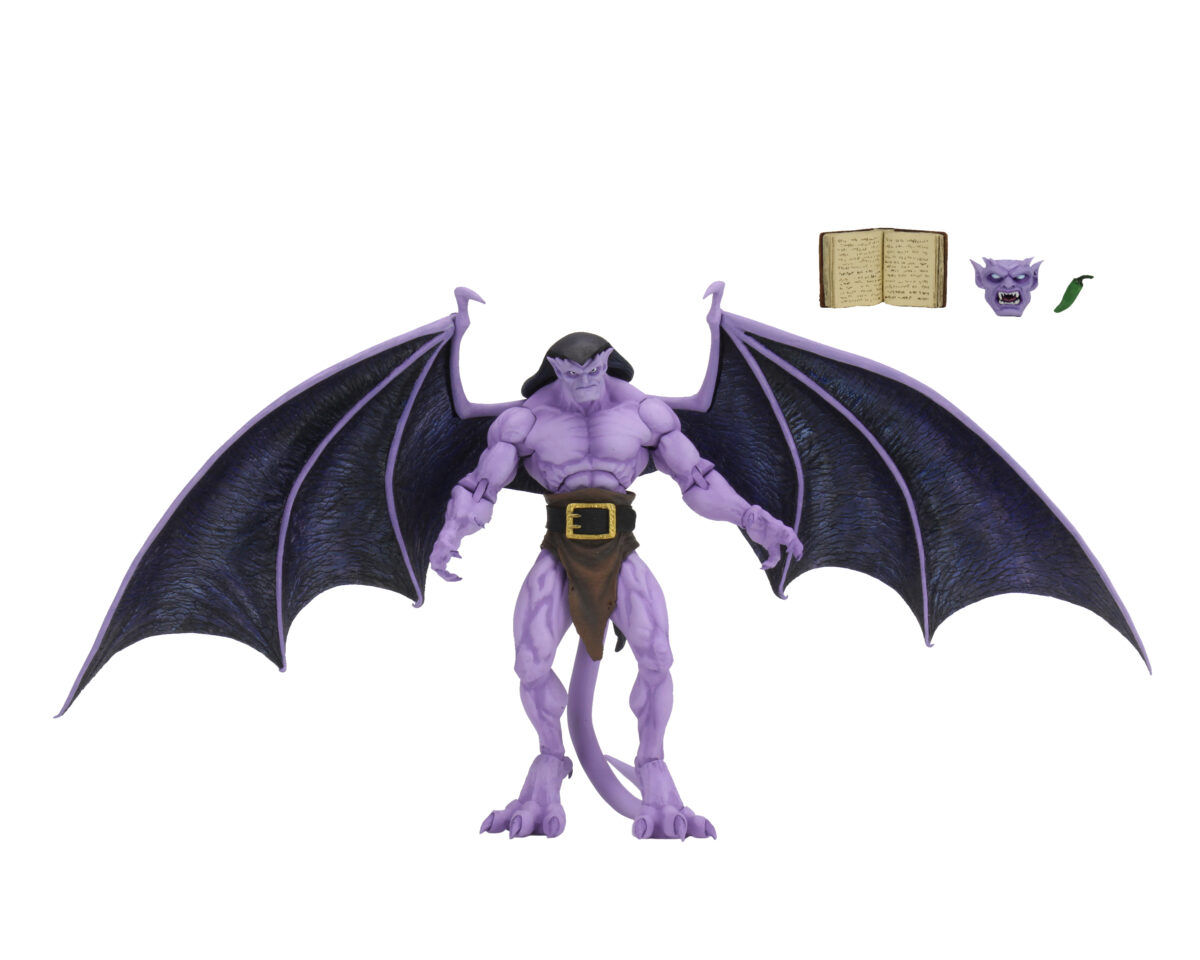 You can pre-order this Goliath action figure now for $32.99 from Entertainment Earth. Looks like it’s currently set to ship in July 2021. NECA has other figures in the works, too. During their [email protected] panel, NECA shared looks at Demona and Thailog figures. Thailog is Goliath’s clone.

We’ll keep an eye out for additional photos and the dates the figures will be available for pre-order.