As we’re all personally learning, most protective face masks are designed with purpose in mind rather than style. Those pragmatic covers work with scrubs and make sense in a hospital. However, they don’t exactly scream chic when paired with jeans or a nice shirt. And they definitely don’t go well with kids apparel, especially since children tend to hate wearing anything on their head. But Disney wants to help with all of those problems. The Mouse House has announced a new line of reusable cloth face masks for the whole family. They are based on some of their most beloved characters and franchises, including Star Wars, Marvel, Pixar, and Disney Princesses. They won’t just help us stay safe though. Proceeds—and a whole lot of masks—will go to a charity trying to make sure everyone has the protective gear they need to fight COVID-19. 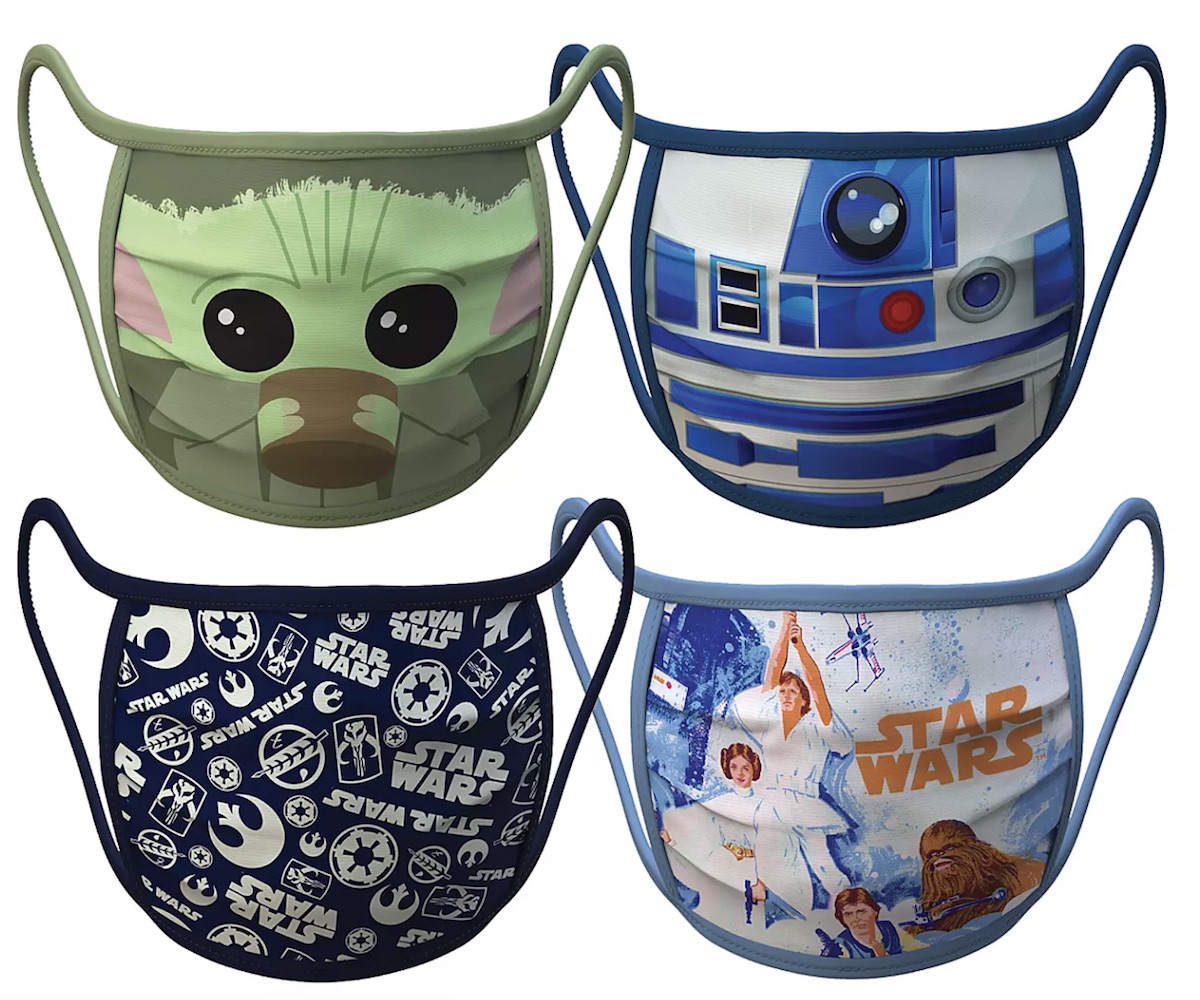 Disney’s new cloth face masks (which we first heard about at THR) come adorned with the face of a popular character or in the style of that character or franchise. There are six sets, and each come with four machine-washable polyester masks. All collections come in small, medium, and large, so kids, teens, and adults alike can wear them. All sets cost $19.99, and you can find safety instructions for how to wear them at the Disney store website.

The Star Wars collection has Baby Yoda, R2-D2, memorable logos from the galaxy far, far away, and a fun design based on A New Hope. Disney purists can also get a Mickey and Minnie set. 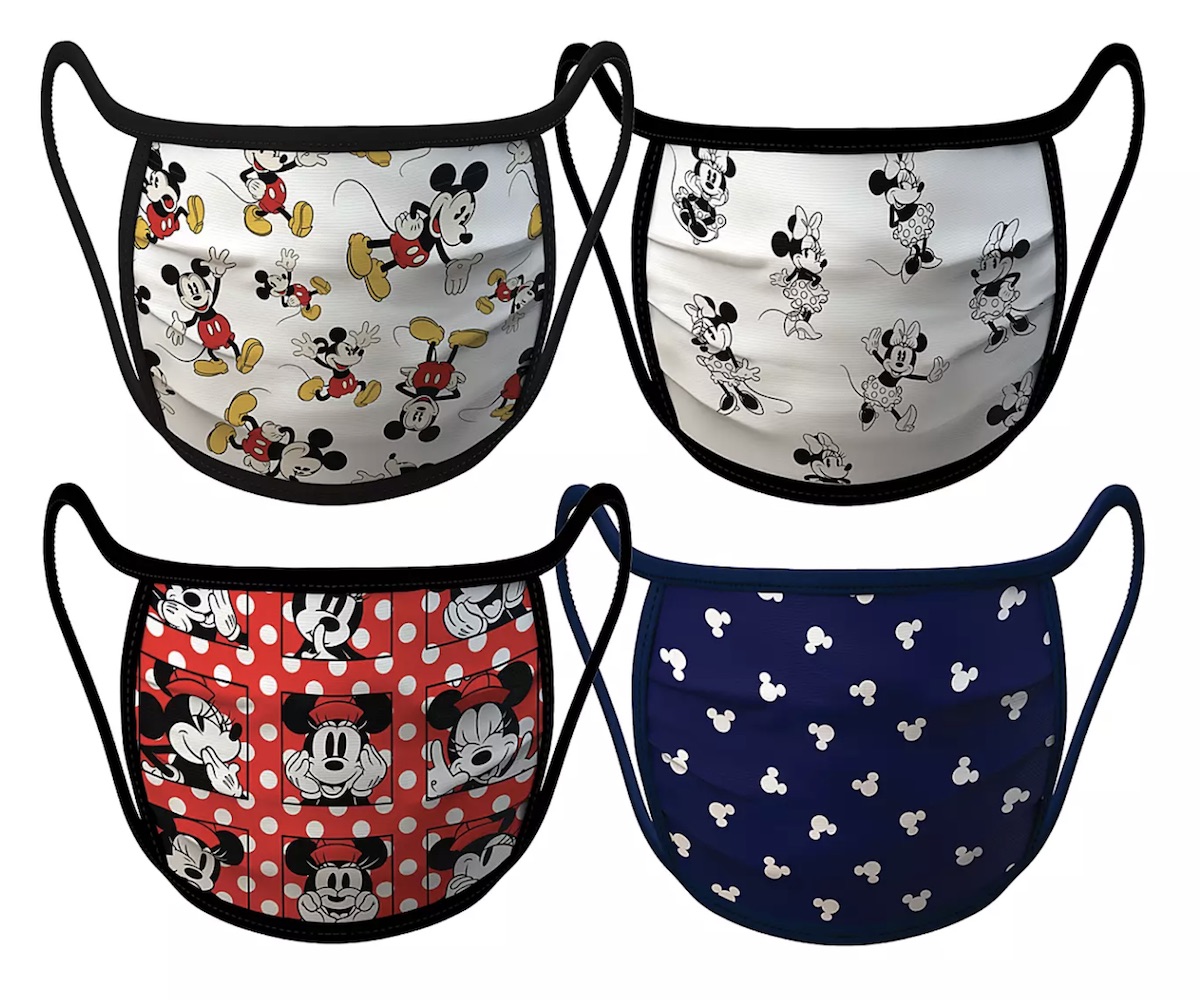 The Disney Princess set celebrates Frozen, The Little Mermaid, and several of the most popular princesses. 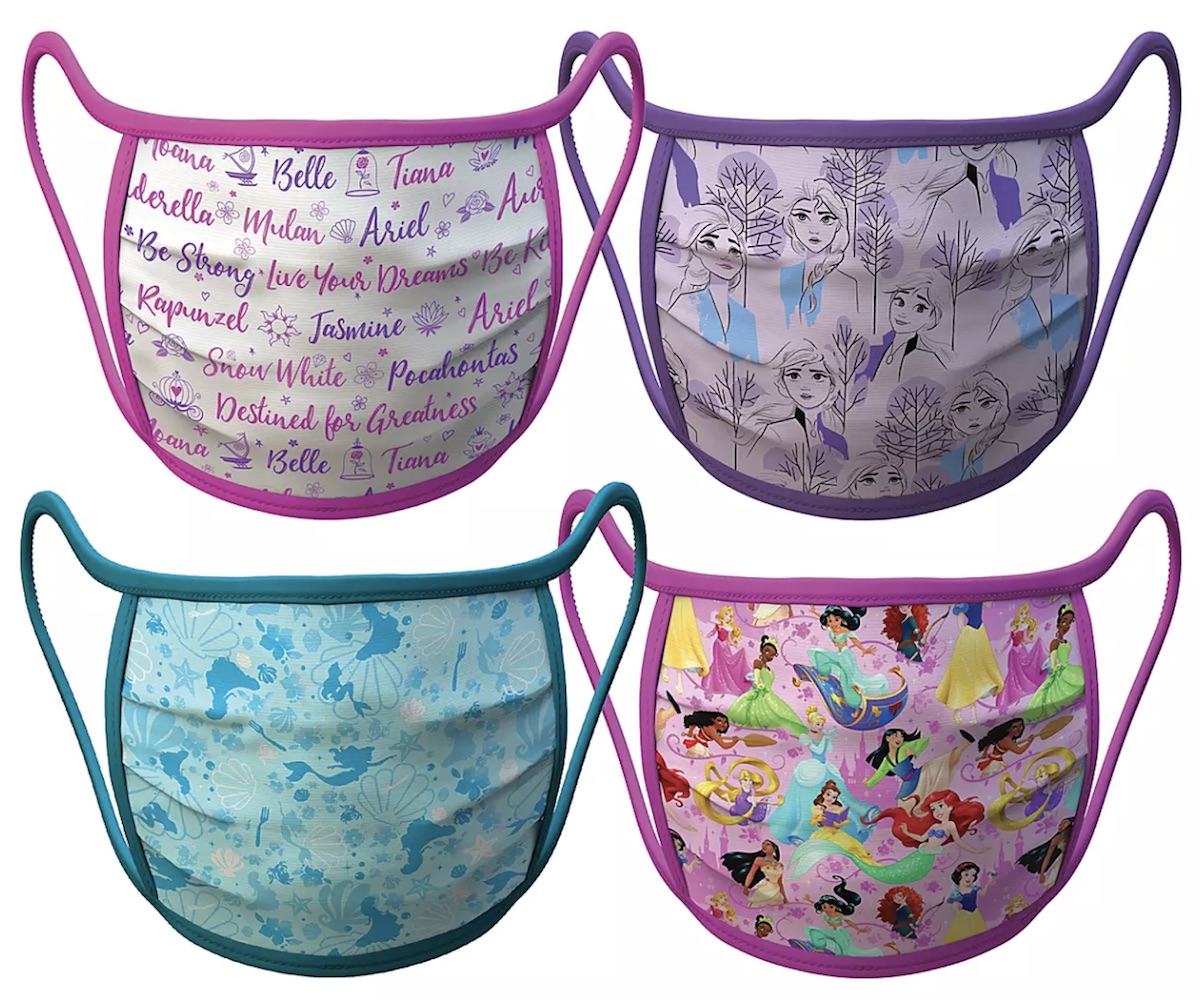 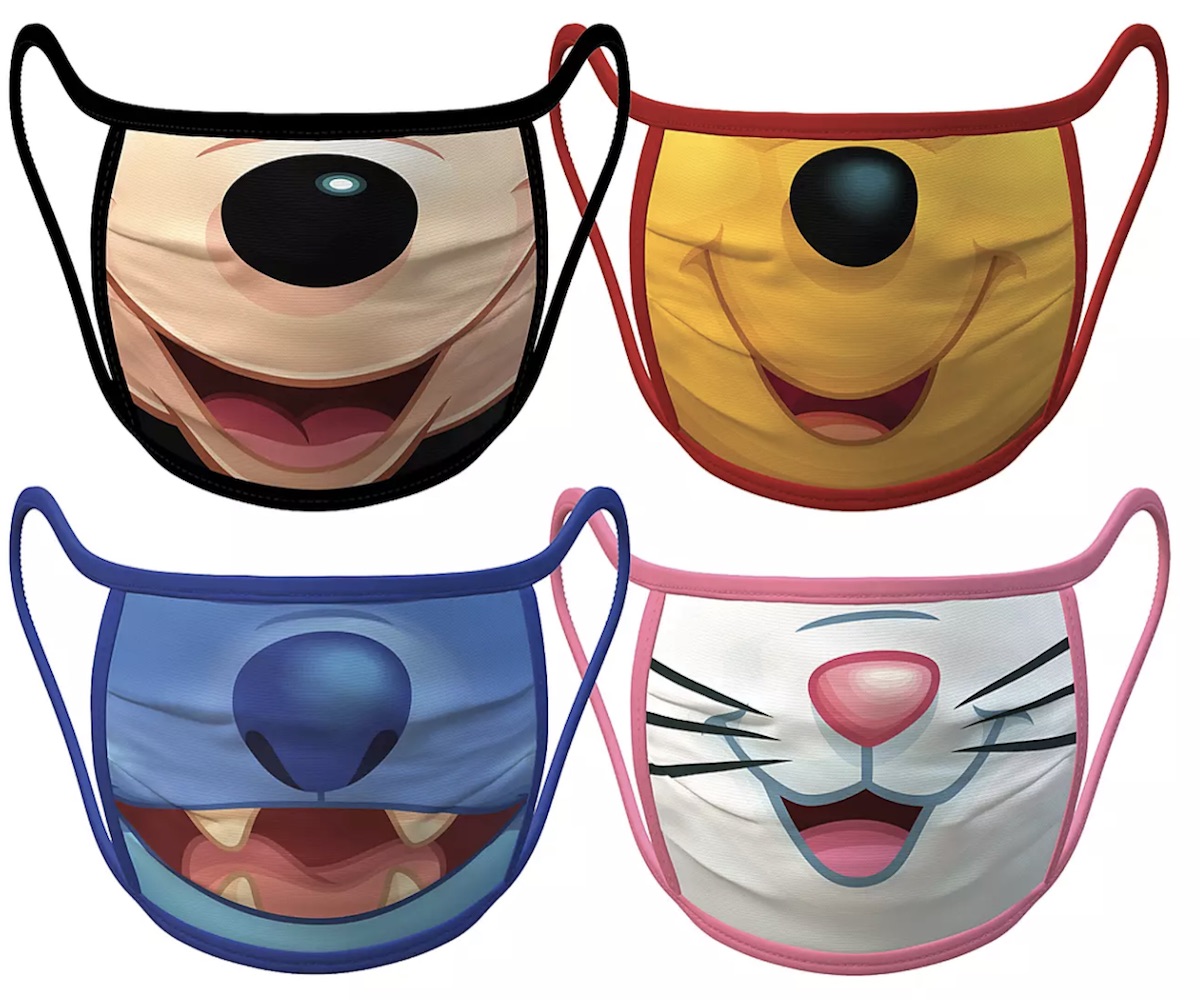 The four Pixar masks include two masks with multiple Pixar characters, one with Toy Story 4‘s Forky, and one with Mike from Monster Inc. 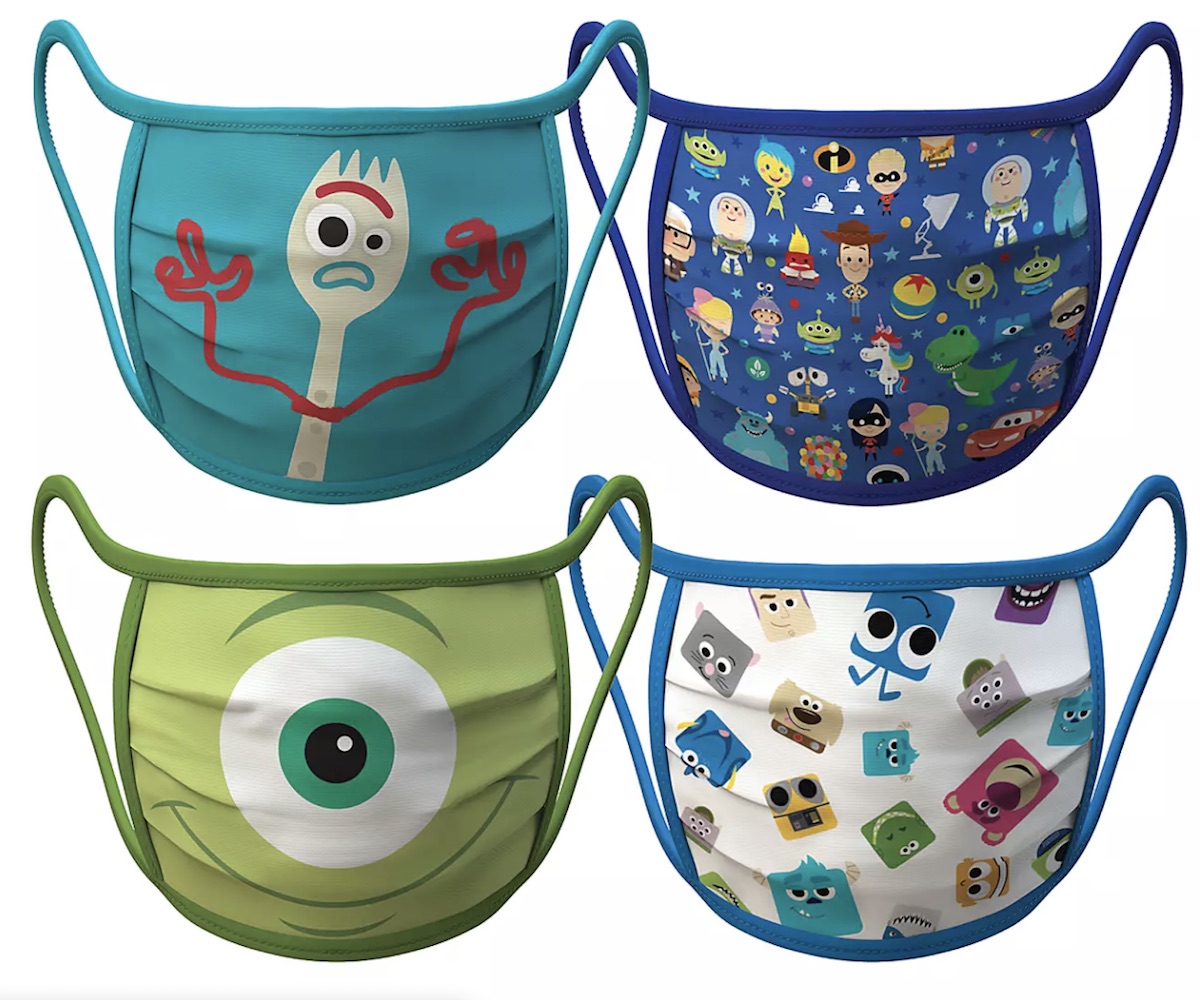 And t he Marvel set comes with repeating Marvel and Black Panther symbols, a grid of Marvel characters and symbols, and Hulk. 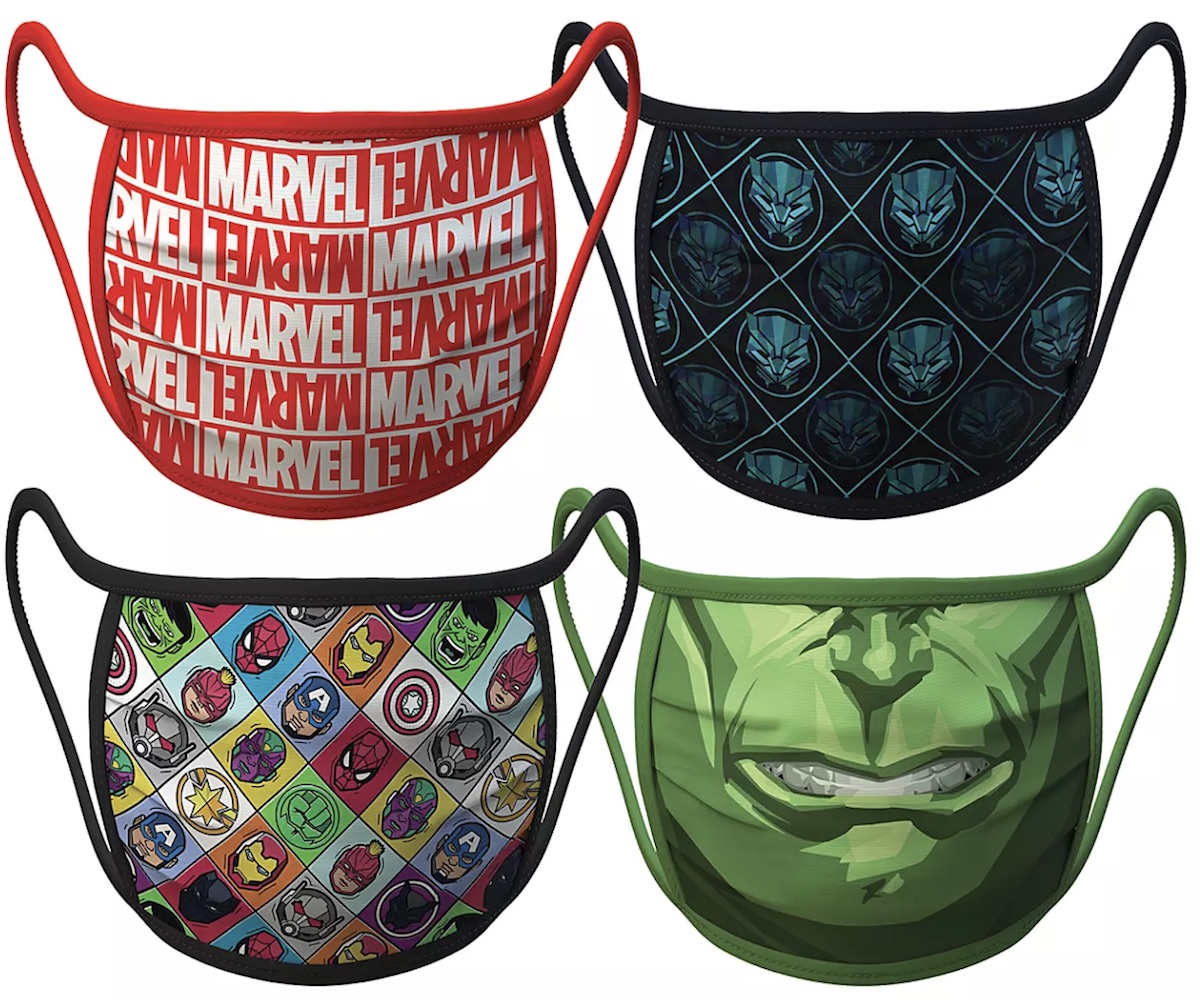 They expect to begin shipping masks in June.

Disney also says they will be donating one million cloth face masks “for children and families in underserved and vulnerable communities across the U.S.” via the charity MedShare. In addition Disney will donate all profits from the U.S. sales of the masks to Medshare, “up to $1 million, now through September 30, 2020.”

That’s the best part. Because it doesn’t matter if you’re wearing a plain old blue one or a mask featuring Elsa. Helping others during a crisis is always in style.