Last week we showed you the best titles on Dungeon Masters Guild for June 2016, but all of the D&D expansions on that list were geared towards players. This week, we’ll show you our picks for Dungeon Masters; every item on this list has either great value, fantastic gameplay, beautiful art, or in some cases all three. The designers, artists, and editors behind these titles are people you should be following in the future as you look for more ways to power up your D&D campaign.

And always remember: even when a product is marked “pay-what-you-want,” please give at least the average contribution, if you can. When you financially support good game designers, they’re able to make even better games for you in the future. Last week we looked at Alphastream’s “What is an Adventure Worth?” article. Please consider also reading EN World columnist Steve Helton’s “Why We Need to Pay What Games Are Worth, Not What We Think They Should Cost,” another seminal text on how RPG writers rely on their fans’ generosity and are crippled by piracy.

Without further ado, let’s get into the top Dungeon Master picks of this Spring. And please let us know in the comments if you want more for these Best of DMs Guild roundups in the future! 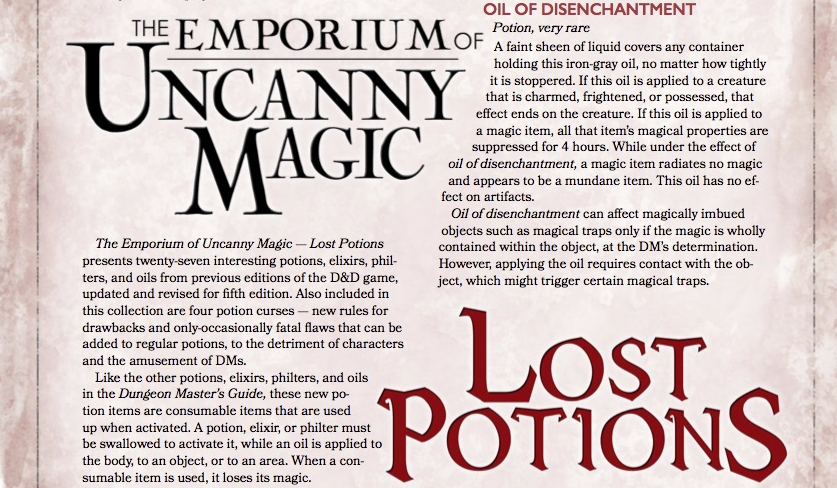 “Who cares how old it is? You run around afraid of the old magic, you miss out the best magic, I say. It ain’t dried, has it? It’s still glowing, ain’t it? Here, I’ll have a taste first. Show you it’s as safe as water, it is.”

Scott Fitzgerald Grey isn’t a celebrity designer, but he was a major force behind creating D&D 5th edition. Take a look at the credits page any of the core rulebooks and you’ll find his name front-and-center. Needless to say, everything in this book is top notch stuff.

Emporium of Uncanny Magic is a new series of DMs Guild titles that updates old D&D magic items to the new 5e ruleset. Its first installment brings potions and poisons—like the Potion of Dragon Control, Oil of Disenchantment, and Potion of Ventriloquism—into the modern era. But it doesn’t stop there! Lost Potions also introduces a unique “Potion Curse” mechanic that makes using potions a minigame of its own.

“20 new traps ready to throw at your players! Some are updated versions of classics while others are totally new. Get your hands on: Abyssal Gate—Acidic Fall—Crushing Room…”

There aren’t a lot of traps in the D&D core rules right now. There are exactly 8 of them (11 if we’re being generous with the different kinds of pit traps). This little PDF increases the amount of traps in D&D 5th edition by 200%, and it’s pay-what-you-want. It isn’t the prettiest thing (all the artwork is public domain), but it’s a real workhorse. If you’re a DM that likes to surprise your players and create dungeons with more cunning than just straight-up monster brawls, then 20 New Traps is a perfect fit for your game.

This title is a Best Electrum Seller (that’s better than Silver but below Gold, for those keeping track) and pay-what-you-want, with an average contribution of $0.81.


HEROES OF THE MISTS 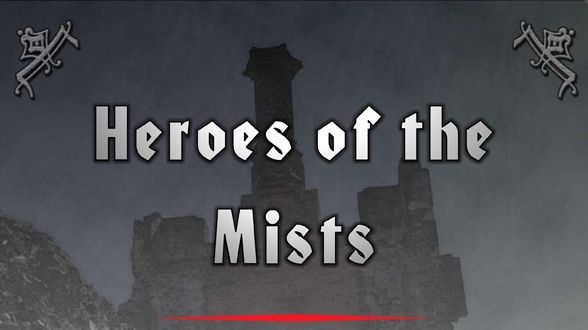 “Move your game of Curse of Strahd deeper into the Mists of Ravenloft, or make your adventurers truly fit the Demiplane of Dread.”

If you’re a fan of Critical Role, you know all about the vampiric Briarwoods—but even they cannot surpass the evil that is original D&D vampire, Strahd von Zarovich. Heroes of the Mists is a supplement perfect for Dungeon Masters running the Curse of Strahd storyline, and features new toys for both players and DMs alike including horrific new magic items, new player races and subclasses, DM tips on running horror adventures, and all the gory details about the dark gods of Ravenloft.

Heroes of the Mists is a Gold Best Seller and costs $3.00 for nearly 100 pages of dark power. 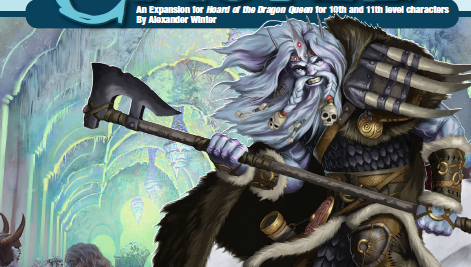 “The loss of Skyreach Castle in Hoard of the Dragon Queen was a major setback to the Cult of the Dragon, but still only a setback. The cult is determined to retake the castle and claim Tiamat’s lost treasure buried in its frozen walls and cloudstuff vaults, but they aren’t the only ones. Giants and creatures of the frozen wastes wish to claim that wealth themselves!”

If you haven’t heard of Kobold Press, then you’re missing out on some serious stuff. Not only were they the minds behind Tyranny of Dragons, they’ve spent the last decade-and-then-some making incredible supplements for D&D and Pathfinder. And their two biggest 5e projects yet are still open for preorder; Tome of Beasts and Book of Lairs are looking to be filled with 400 new monsters and dozens of devious dungeons.

This one’s a bit of a cheat since Frozen Castle was published in January, but it’s too good an adventure not to include on this list. This adventure was originally conceived as part of a giants-based subplot that was ultimately cut from Tyranny of Dragons (though we’re definitely going to see more giants in the upcoming Storm King’s Thunder storyline), so you can run it either as a standalone adventure or as part of an ongoing Tyranny of Dragons campaign.

Frozen Castle is an adventure is for 10th-level characters and fits cleanly between Hoard of the Dragon Queen and Rise of Tiamat. It’s an Electrum Best Seller and costs $2.99 for 14 pages of professionally-formatted and illustrated adventure.

What are some of your favorite Dungeon Masters Guild titles? Do you want to see more best-of roundups like this in the future? Let us know in the comments or on Twitter at @GeekandSundry!