Some Dinosaurs May Have Lived in the Arctic Permanently

A select few Earthly animals carry the connotation of cold weather. When we think of frozen landscapes, we of course think of penguins, polar bears, and certain seals and walruses. Interestingly enough, we may now want to add dinosaurs to that list. Following longstanding theorization, new scientific research suggests that certain dinosaurs may have resided permanently in the High Arctic.

Prior evidence has indicated that dinosaurs did at the very least trek up north, presumably during the warmer months. (Much in the way contemporary birds migrate north in the summer and south in the winter.) But now, scientists have reason to believe that dinos set up camp year-round in what is now northern Alaska. 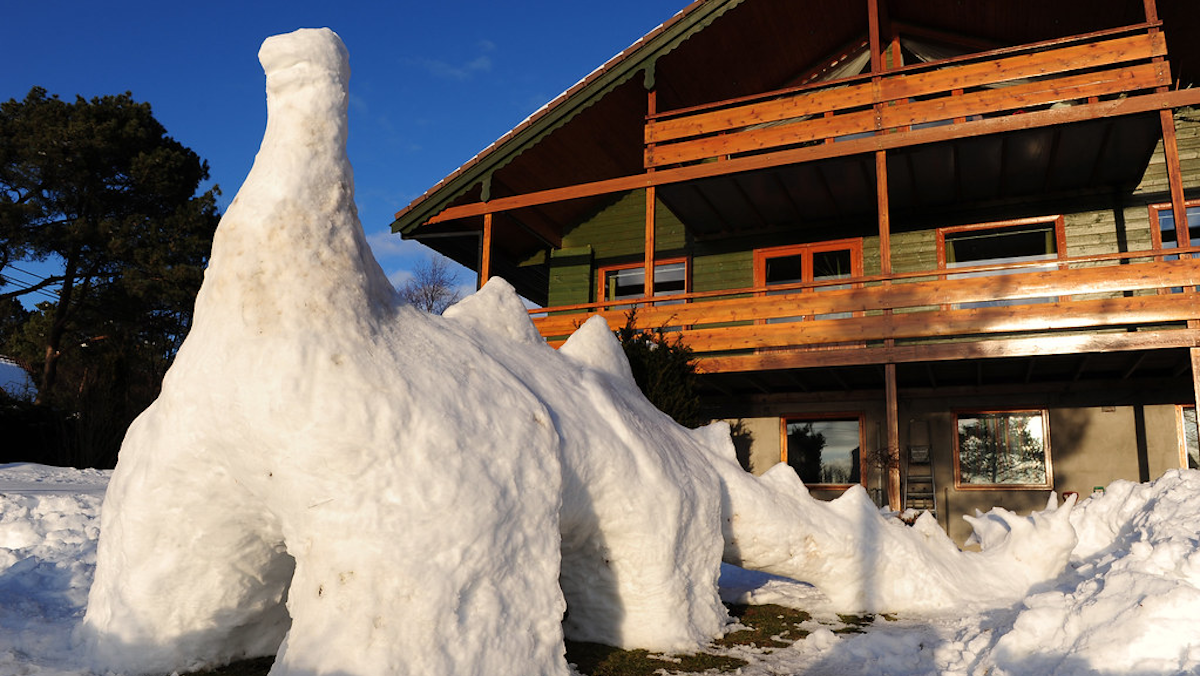 We caught sight of the story at Smithsonian magazine and Science News, each reporting from a new publication at Current Biology. (Everybody’s talking about it!) Scientists have discovered the bones and teeth of dinosaur hatchlings along the Colville River, which resides on Alaska’s Arctic coast. The significance here is mighty. That such young dinosaurs roamed this locale indicates that dinosaurs stayed up north to breed and reproduce; in nomadic animals, such behavior would ordinarily take way in warmer climates. That these dinosaurs were having their babies up in the Arctic could well indicate that they never left at all.

Likewise fascinating is the variety of dinosaurs now thought to settle down up in chillsville. Research has reaped evidence of Arctic ceratopsids (e.g. triceratops), hadrosaurs (duck-billed dinos), raptors, and tyrannosaurs.

These discoveries render significance in numerous ways. Per Current Biology, these findings indicate “the northernmost known extent of dinosaurian occupation.” An addendum in Science News via paleontologist Patrick Druckenmiller clarifies that this superlative is specific to non-avian dinosaurs. Still, very big news. If nothing else, this could mean a major rebranding for Arctic tourism. Penguins are cute, but dinosaurs will really bring the kids in.