DETECTIVE PIKACHU Reviews Are Over the Moon Stone - Nerdist

DETECTIVE PIKACHU Reviews Are Over the Moon Stone

The first reviews for Detective Pikachu are out! Did the critics say they choose this live-action Pokémon to be the next big hit, or is this the latest video game adaptation to lose in the cinematic arena? Based on this early feedback, the movie not only looks gorgeous, but it will reward fans of the franchise after a long wait.

We’re starting with Nerdist‘s own Dan Casey, who thinks the movie delivers on a promise two decades in the making.

“While Detective Pikachu doesn’t reinvent the wheel in terms of storytelling, it has managed the seemingly impossible of creating a deeply satisfying and fully realized world based on something with so much fan expectation and preconceived notions attached to it. You’ll laugh, (if you’re like me) you’ll cry, and you’ll leave the theater with a Snorlax-sized smile on your face. In a world of swirling chaos, never-ending vitriol, and constant horror, Detective Pikachu and its story of fractured family and finding oneself are a welcome reprieve.” 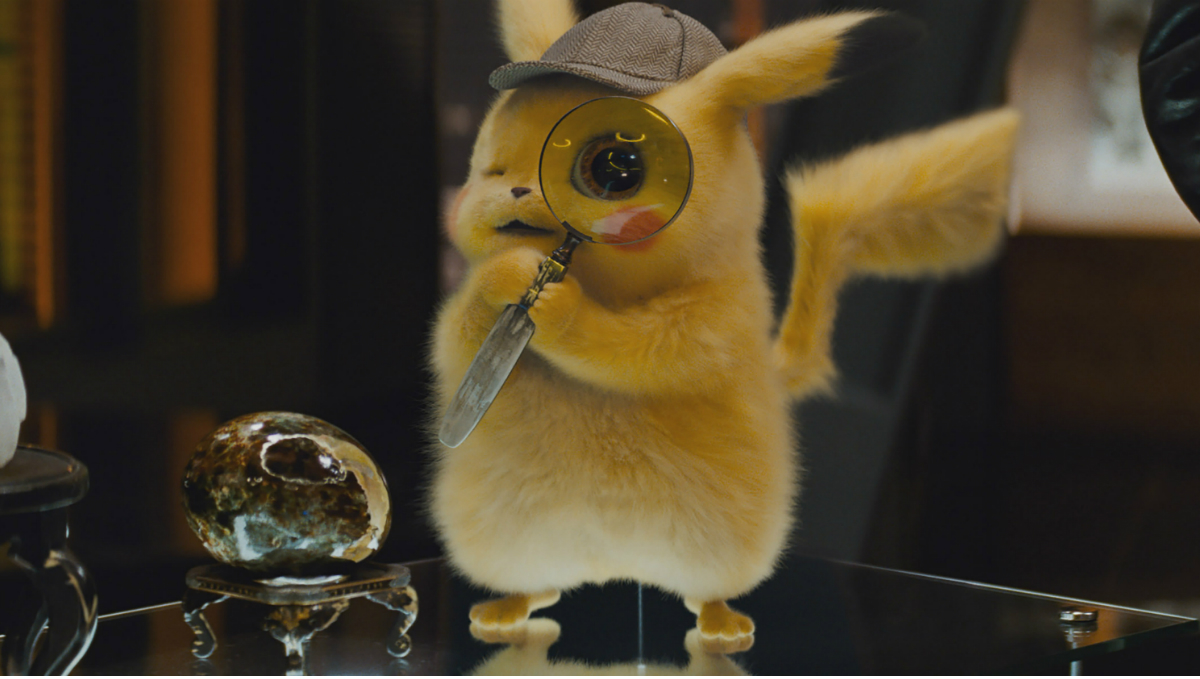 There’s no confusing what CNET’s Sean Keane thinks of Detective Pikachu, which he said is “easily the greatest video game movie ever made,” and one that will appeal to Pokémon diehards and newcomers alike.

“It’s crammed with entertaining Easter eggs, but casual viewers shouldn’t feel lost. The movie smoothly introduces each major creature as it appears. Pokemon: Detective Pikachu manages to walk the tightrope of appealing to fans who know their Snorlax from their Gengar, young kids they want to make into fans, and those people who’ve never caught much more than a cold.”

Esther Zuckerman at Thrillist says the movie not only looks amazing, it pulls off a very sweet (though uncomplicated) story that had her wanting to give Ryan Reynolds’ lovable Pikachu a big hug.

“It’s both a triumph of character animation — one of the most stylish combinations of animation and live action in years — and a sweet story that doesn’t reach too hard to seem au courant and is in keeping with the Pokémon franchise. On a more cynical note, it should do a pretty good job at selling a bunch of toys and video games and shepherding the craze to another generation.”

The Verge‘s Julia Alexander doesn’t think storytelling issues will stop fans from having a great time exploring the Pokémon world.

“Detective Pikachu’s writing isn’t exactly strong or thought-provoking, but honestly, it doesn’t have to be. This isn’t a timeless work of cinematic genius. Instead, it’s a chance for Pokémon diehards to spend two hours inside a universe many of us have invested years in. It’s a hilarious, carefree, fun romp through a familiar place, and it’s just different enough to add a much needed twist to a formula that was growing tired.”

Another critic who thinks the film avoids the dreaded video game movie curse is Joshua Yehl at IGN, who says even with a predictable plot the fantastic-looking Detective Pikachu manages to surprise.

“Despite the film industry’s resistance to video game movies, Pokémon: Detective Pikachu has landed a critical hit. Sure, not everything goes off without a hitch, but the lifelike Pokémon provide a nonstop stream of delights to make the weaker aspects of the movie forgivable. Smith’s character gives the story an emotional weight and Reynolds delivers an endearing comedic performance that’s closer to his subversive Deadpool schtick than you’d expect. While video game movies haven’t had the best track record, this movie is by and far the best example of how to do one right.”

Over at Polygon, Patricia Hernandez didn’t love Reynolds Pikachu as much as others did, but that didn’t prevent her from enjoying the spectacle of the film.

“The thing that kept me hooked throughout the movie was seeing how it depicted Pokémon. While initially I found the Pokémon designs uncanny in their attempts at realism, seeing them in motion sold me entirely. Cute Pokémon are a given; Pikachu is the poster boy of the movie, after all. But to see a Charizard spread its massive wings, or to behold a Ditto changing forms, or a Lickitung engulfing someone in saliva — to see the individual scales and fur, to see the burns and residue and gravity that come with taming actual monsters — that is pure awe.”

At io9 James Whitbrook says it “mostly” works and avoids the video game movie curse, in part because of the performance of its star Justice Smith.

“Smith turns in a cracking performance, especially cracking considering his partner for much of the film is a fluffy computer-generated mouse—even if said mouse is voiced by Ryan Reynolds, who offers a likewise electric (sorry not sorry) performance that successfully balances a tight line between being legitimately cute and coming across like a PG-rated Deadpool repeat. Smith sells not just how and why someone who’s gone through family traumas like Tim has would want to cut himself off from the earnest, joyful co-operation the Pokémon world celebrates, but how someone in his position can grow to value the importance of the bond of friendship, and the need for a romantic sense of wanderlust, all over again, simply by re-entering this crazy world, and letting it back into his heart.” 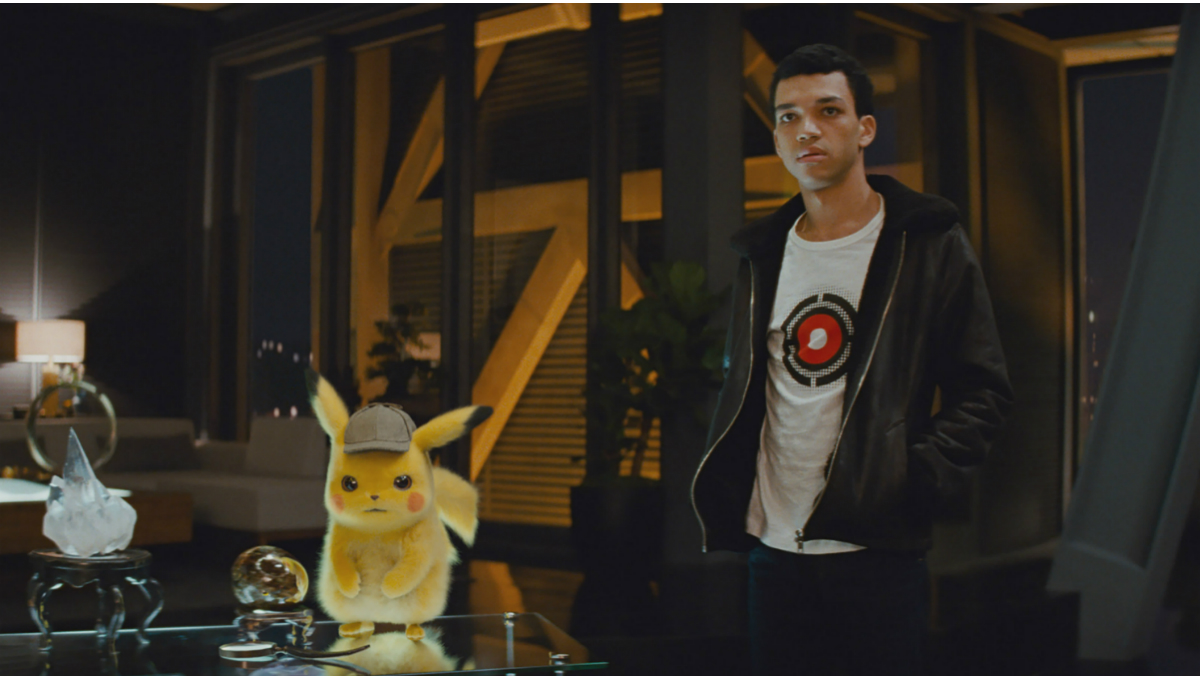 How much you enjoy the movie will probably depend on how much you already enjoy the adorable creatures of the Pokémon franchise, according to Dave Trumbore at Collider.

“Detective Pikachu is all about the Pokémon, the title star and his fellow catchable critters alike. Every scene has Pokémon in it, with some obvious ones front and center and other more obscure ones tucked away in the background or hiding in the shadows, but they’re there for fans to find and be delighted for discovering them. And they go by quickly! Prepare yourselves for multiple viewings if you, indeed, want to catch them all. Unfortunately, the half-baked mystery story relies heavily on tropes, two-dimensional characters (no pun intended), and too familiar twists and turns, few of which make much sense in reality even though they’re forced to fit the Poké-fied narrative. The long and short of it is this: See Detective Pikachu for the Pokémon, not the plot.”

Matt Singer at ScreenCrush loved the way the movie looked, but that was about it, since it wasn’t as bizarre as he’d hoped.

“The notion of a fuzzy little detective who shoots electricity out of his butt partnering up with this sad young man to explore a utopian city where grumpy magic dogs work as cops sounds like a truly surreal experience. In practice, the mismatched partners’ bland quest — credited to five different credited writers, including Derek Connolly and director Rob Letterman — feels like the neutered cut of the much weirder thing it was designed to be.” 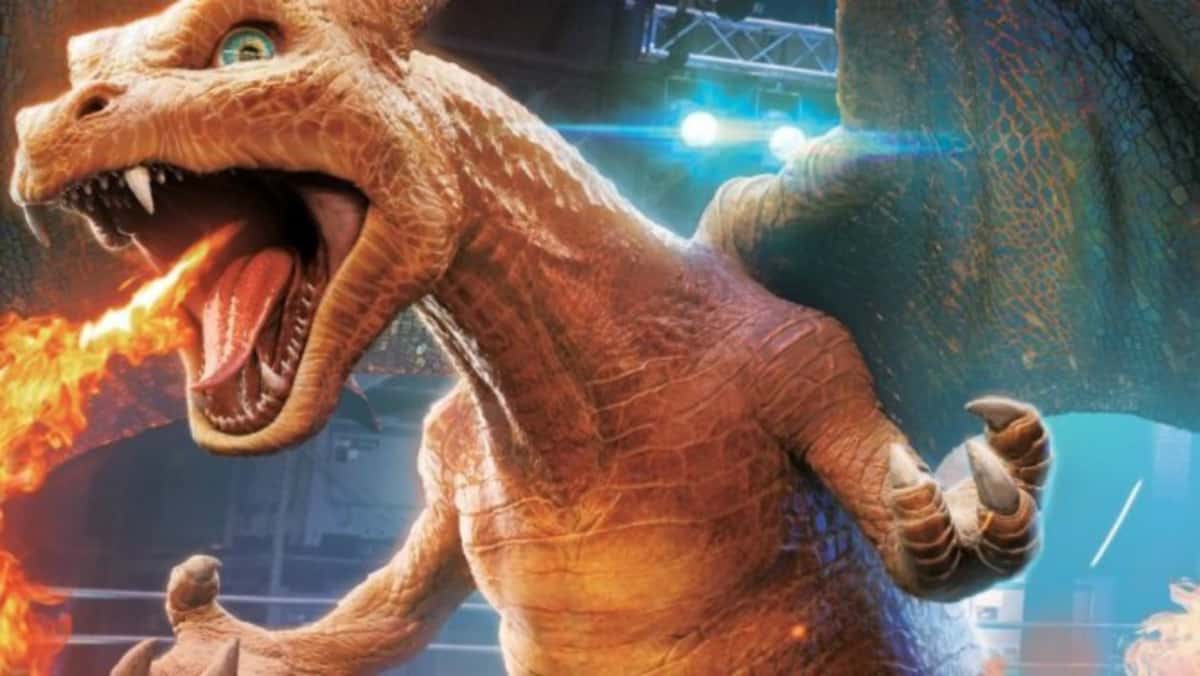 Avoiding the video game movie curse? Rewarding fans of the franchise for over two decades of dedication? Offering a visually stunning and immersive world? We bet lots of moviegoers will choose to see Detective Pikachu.