One of the best things about Roger Corman is he always allowed young filmmakers a chance to make something. The budgets were small, the time frame miniscule, but if you could bring it in on time and without spending too much, you were a filmmaker. A whole generation of Hollywood heavyweights got their start working for Corman; Scorsese, Cameron, Bogdanovich, Howard, Dante, Sayles. A veritable who’s who of ’70s and ’80s movie makers. The earliest of these is Francis Ford Coppola who, a decade before The Godfather, had eight days to make a little horror movie called Dementia 13.

As happens, after Coppola turned in his cut, Corman had Jack Hill write and direct extra scenes, cutting the original ending. The result was a mediocre affair; now Coppola’s original director’s cut has been restored and is out on Blu-ray from Lionsgate’s Vestron Video arm.

Dementia 13 never had much of a good reputation, especially considering its illustrious writer-director. Coppola shot it in Ireland, on off-days for Corman’s The Young Racers, even using a few of that bigger movie’s stars. After the Corman-mandated reshoots, Dementia 13 came out in 1963 as the bottom half of a double bill with Corman’s own classic X: The Man with the X-ray Eyes. X is one of the best movies Corman ever directed, and in comparison, the hacked to bits Dementia 13 looked especially lacking.

I confess to never seeing the 75-minute theatrical cut, but this 69-minute director’s cut, I must say, is pretty great. It’s a chilly, moody modern Gothic which benefits from the Irish castle locations and a script that feels like it prefigured Italian giallo films. 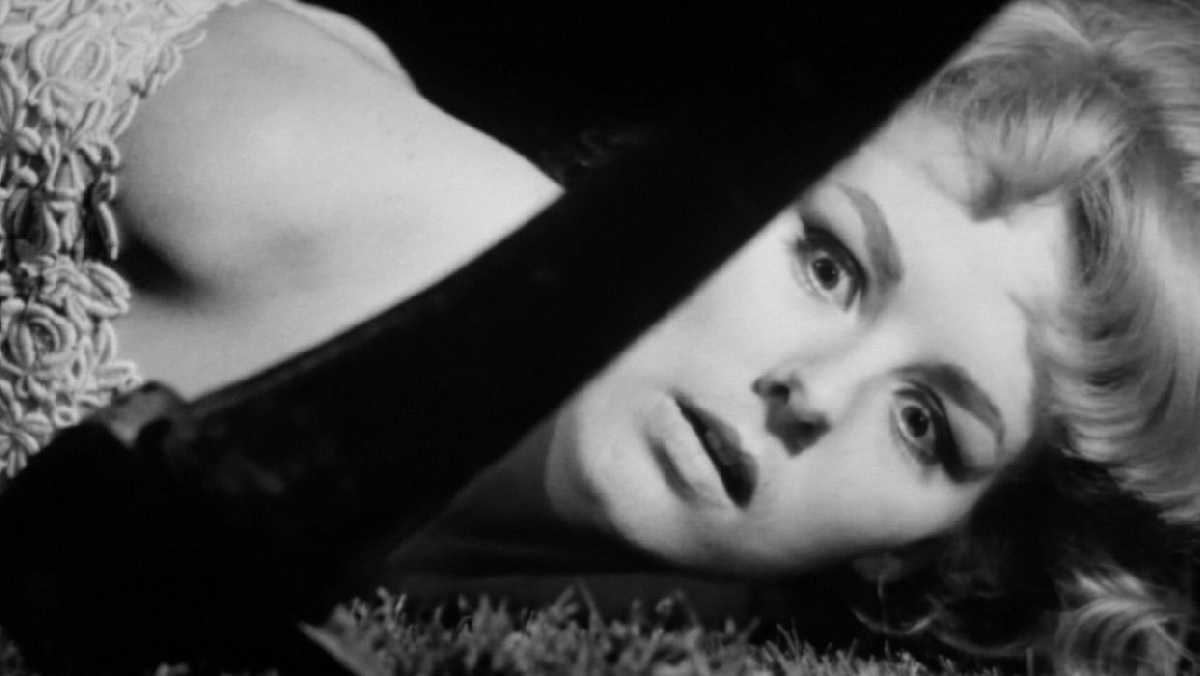 The movie follows the, let’s say, complicated Haloran family, a wealthy Irish clan, the children of which spent much of their time in America. Adult sons John (Peter Read), Richard (William Campbell), and Billy (Bart Patton) have all returned home at the behest of their very ill mother (Eithne Dunne). John’s new wife Louise (Luana Anders) only has eyes for the family fortune and wants to Lady Macbeth her husband into taking it all for them. Richard is engaged to the lovely Kane (Mary Mitchel) and, because their mother can’t travel, the wedding will take place at Castle Haloran in a few days.

Now this all sounds relatively normal. It’s not. You see, a ghost haunts the family. The ghost of Kathleen, the family’s youngest and only daughter who drowned in the estate’s pond as a small child. Lady Haloran loved Kathleen best and every year on the anniversary they hold a funeral for her, as though she just died. It’s not healthy, and you’d think the family physician Dr. Caleb (Patrick Magee, at his creepy best) would have more influence, and yet. To make matters even more dire, an ax murderer lurks on the grounds, ready to destroy the Haloran line once and for all. 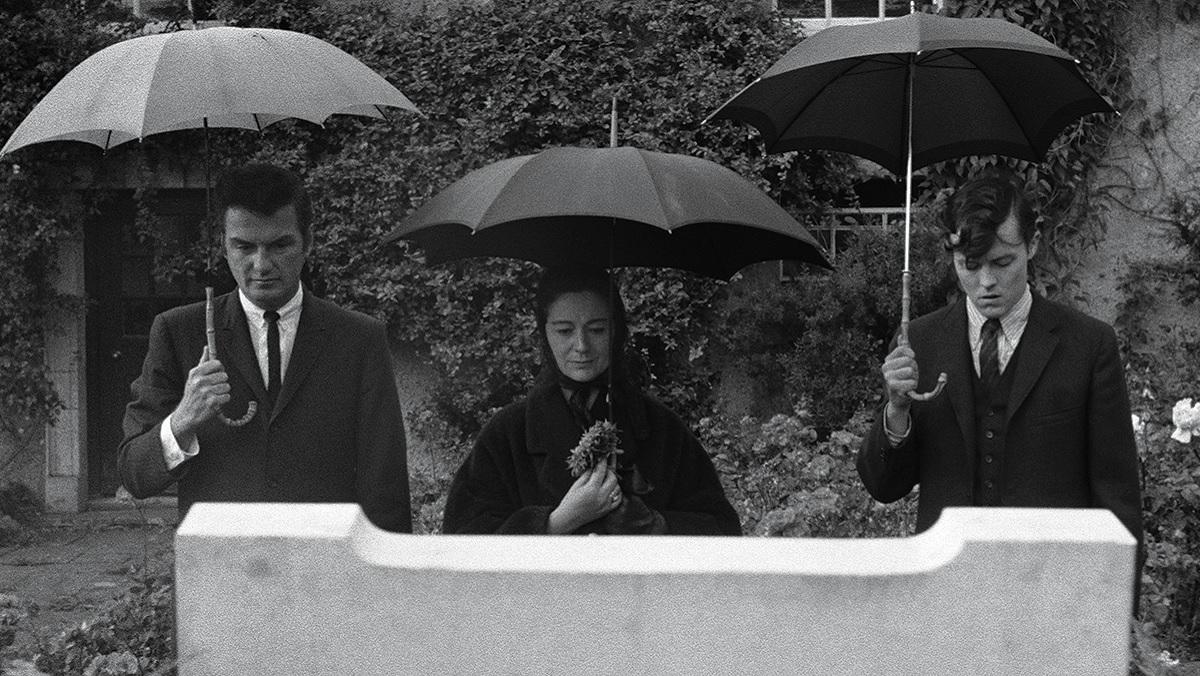 Like I said, this feels like a Gothic giallo. There’s always inheritance plots and big rich families and bloody murders that could be the work of ghosts. There’s also creepy dolls. I’m a big fan of giallo, so these elements of Dementia 13 really did it for me. It’s also a surprisingly violent and bloody movie. My guess is the black and white photography allowed Coppola to get away with more than he could if it were in color. Even so, a lot of this movie feels much more modern than you’d guess a B-horror movie from the early ’60s would.

I’m not going to sit here and say it’s a work of untold genius, because it isn’t. The movie definitely has some issues, like a couple of duff performances, weird non sequiturs, and a choppy final act. But there’s something undeniable about the way the camera moves, the eye for detail, the pace of the murder sequences. Coppola put together the director’s cut in 2018 so it looks wonderful in HD, which helps a lot. 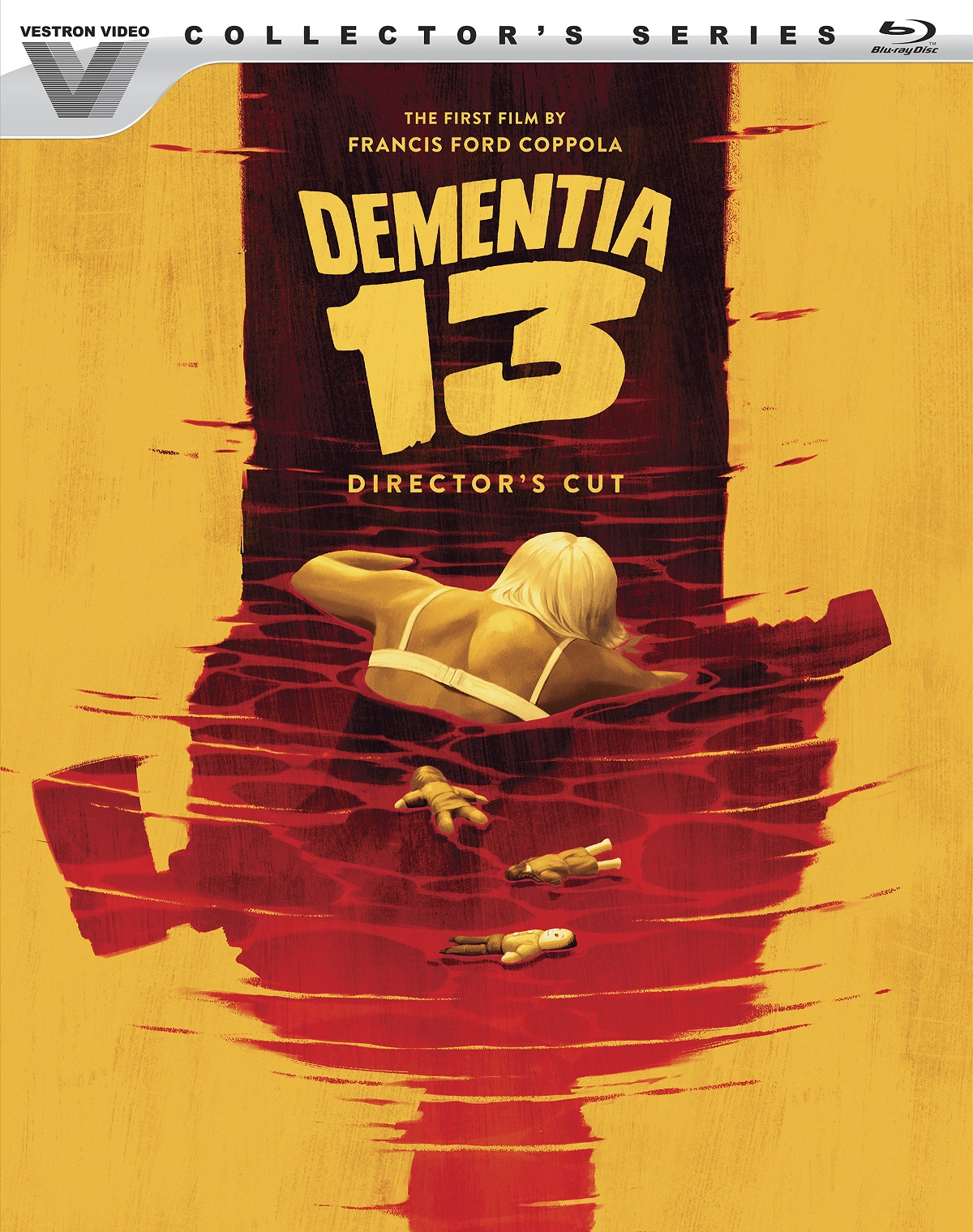 The Blu-ray from Vestron Video contains the original “D13 Test” gimmick, a brief film purporting to be a real scientist administering a test to see if the audience has the emotional and mental capacity to withstand the horrors of Dementia 13. It’s weird, I have to say, but it’s fun. It has never been available before this, so it’s a fun treat. Additionally, the disc contains a very brief introduction from Coppola, plus a feature length commentary track, which is a delight for fans of low budget filmmaking and film history.

In this age of overblown, special effects-driven horror, it’s nice to watch a movie that went for visceral scares on a shoestring, and had a pretty interesting story to boot. Let me be the first to say, this Coppola kid is pretty talented.