HELLRAISER: BLOODLINE Is a Wild Sequel Worthy of Love - Nerdist

HELLRAISER: BLOODLINE Is a Wild Sequel Worthy of Love

Clive Barker’s Hellraiser is nothing short of a horror masterpiece. Based on his own novella, The Hellbound Heart, the 1987 practical effects-heavy, BDSM-inspired nightmare is one of the best genre movies ever made. Barker wrote the story and executive produced its sequel, Hellbound: Hellraiser II, and was involved in two more movies in the franchise. After the riotous Hellraiser III: Hell on Earth, Barker and screenwriter Peter Atkins pitched a new, wonderfully ambitious take on Hellraiser lore to Miramax. While their vision arguably never truly came to the screen (we’ll get to that later), 1996’s Hellraiser: Bloodline (also known as Hellraiser IV: Bloodline) is one of the most inventive, ridiculous, and utterly wild horror sequels in existence. Don’t let the low Rotten Tomatoes score fool you, this is one latter-stage horror sequel that you need to see.

If you haven’t seen the fourth Hellraiser movie, you’re in for a treat. It tells a story about the creation of the Lament Configuration that transcends time and space. We begin in 2127, in the darkest reaches of space with Dr. Paul Merchant on a dangerous mission. Taking the franchise centuries into the future was a daring choice, and it’s one that never paid off after the film was chopped to pieces at the behest of the studio. Original director Kevin Yagher ended up taking the credit of Alan Smithee. In case that doesn’t ring a bell, it’s the name that directors put on their films if they don’t like the final cut. The film was eventually finished by Joe Chappelle. But even though Yagher might not be a fan, this writer definitely is. Why? Well, the movie doesn’t just take us to the future but also to the past… 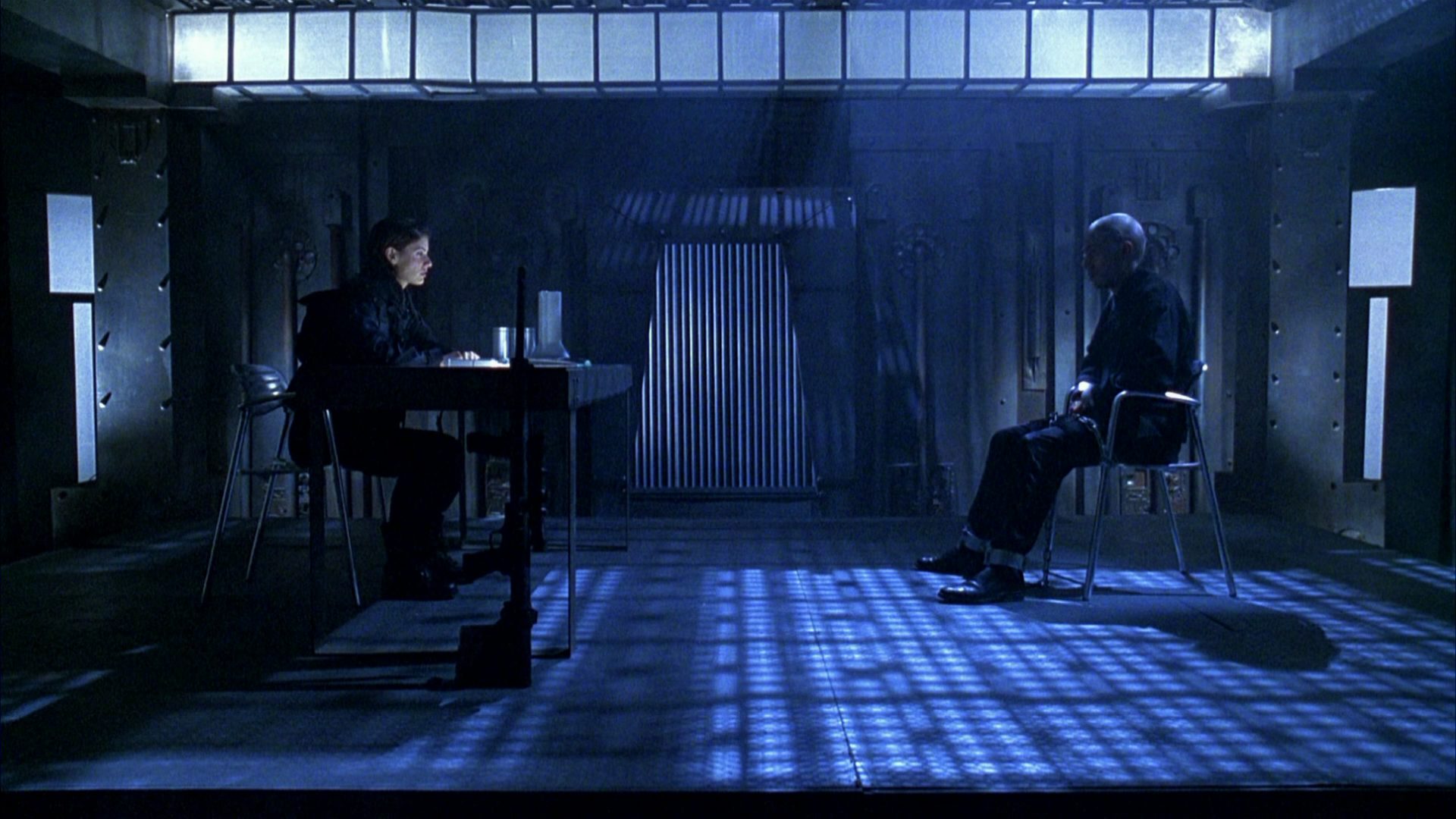 In one of the most outrageous horror sequel choices of all time, the film isn’t only about Dr. Paul Merchant in his high-tech Space Station Minos. It’s also a story about his bloodline. See what they did there? And after we see him take over the Minos—using a robot to solve the Lament Configuration—he’s captured by the ship’s security guards. This opening has a distinctly powerful mid-90s sci-fi horror aesthetic. If you’re a fan of Species, Event Horizon, and Cube, then this is a must watch. But just as we’re getting settled into the spooky space station shenanigans, we get thrown hundreds of years into the past.

Picture it… France, 1784. An aristocrat who’s obsessed with the occult hires toymaker Philip LeMarchand to make him a strange puzzle box. LeMarchand was already established in Hellraiser lore thanks to Barker’s original Hellbound Heart story, and later in Marvel/Epic Comics’ Hellraiser series. In Bloodline, we meet him as he toils away, making and delivering the Lament Configuration for Duc de L’Isle. This is the decadent, campy kind of period horror that brings nothing but joy. And obviously for the aristocrat, the puzzle box brings nothing but pain. That torture comes at the hands of his apprentice, Jacques. And did we mention Jacques is played by none other than Adam Scott in his first major role? Also, he wears a giant wig. 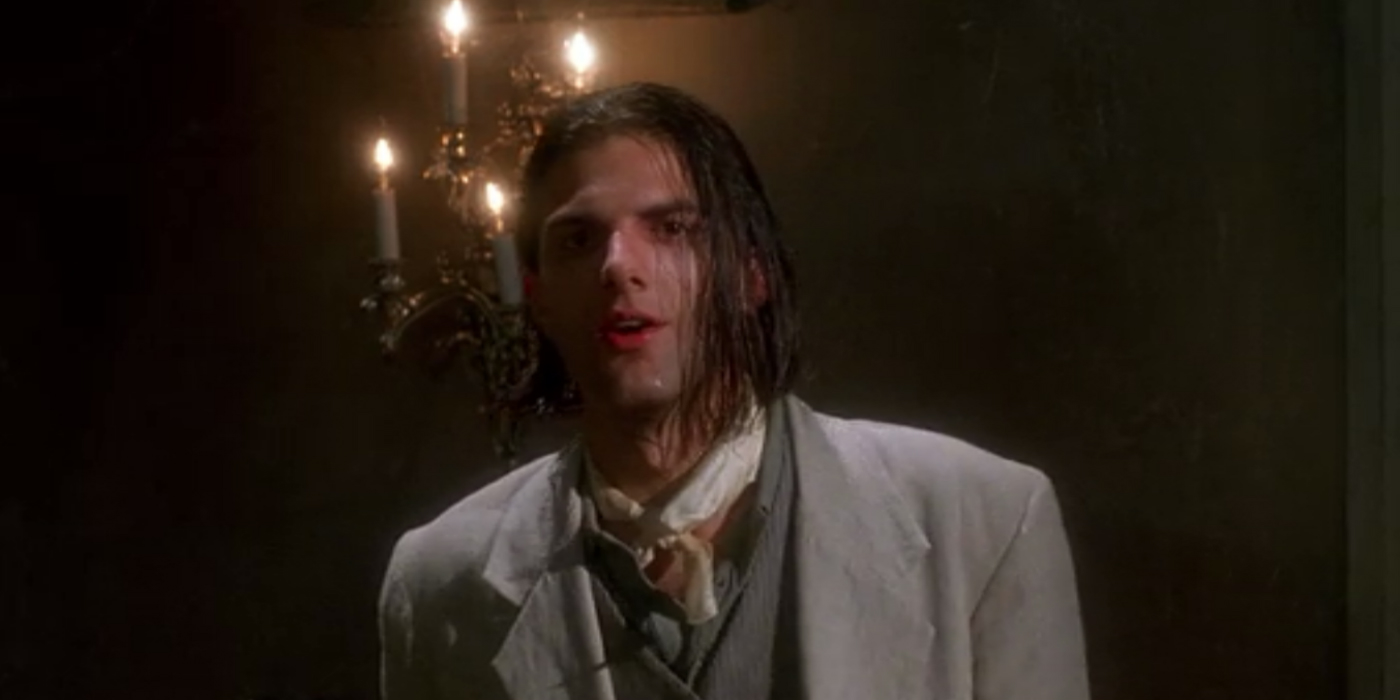 Scott’s Jacques is the perfect human conduit for the Lament Configuration’s evil. With his pale face and powdered wig, he leans into the demented cruelty of the Cenobites. Scott gives it his all, and his babyface performance, much of it drenched in blood and entrails, gives Hellraiser: Bloodline a beating heart. Jacques isn’t alone, either. He’s joined by Angelique, probably the most iconic Cenobite after Pinhead himself. The demonic female entity is a delightfully deranged addition to the story and she plays a key part in LeMarchand’s ultimate demise. It’s a brutal romance that harks back to the erotically fueled original.

If two timelines aren’t enough for you, then good news: there’s more time-jumping shenanigans to explore. We also head to the ’90s, learning about another Merchant who has built the Lament Configuration into his new skyscraper. It’s an awesome little bit of architectural horror that also references Hellraiser III. These time jumps might give some viewers whiplash, but they’re also what make Bloodline feel so uniquely unhinged. It’s also a rare piece of extensive and ambitious world building for one of horror’s favorite franchises. What’s not to love? 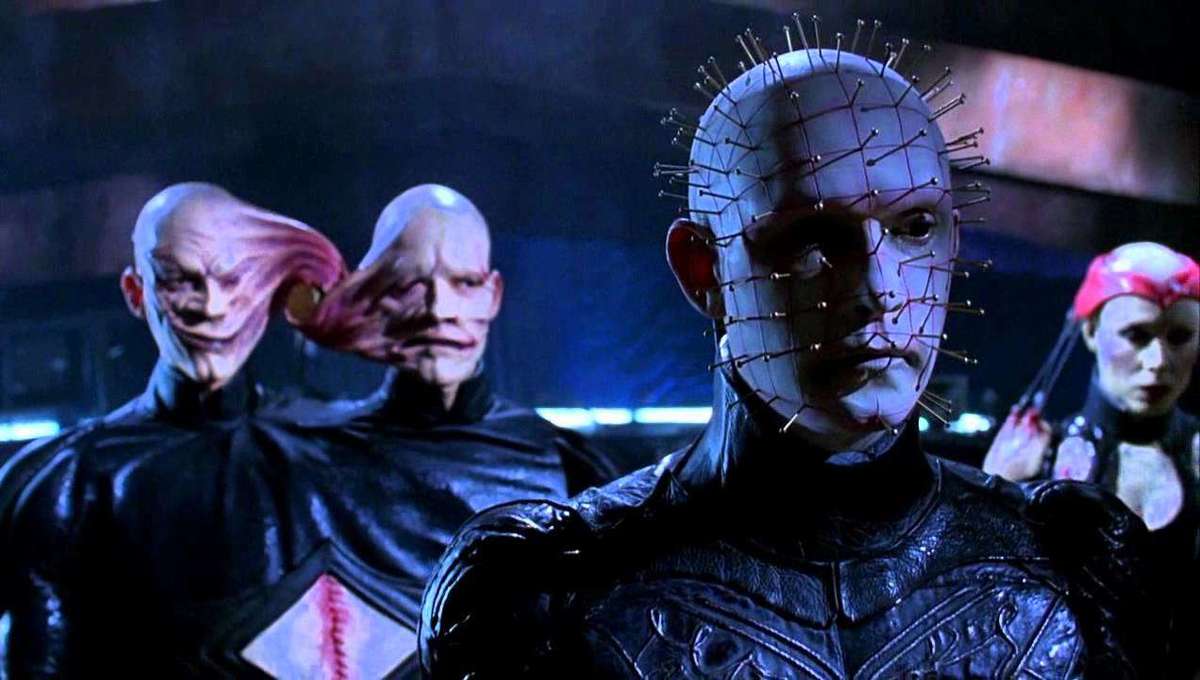 Straddling the strange unexpected line between sci-fi and period horror, this is a techno-nightmare with jodhpurs. There are robots, incredible retro-futuristic computers, and Cenobites galore. It’s gloriously cheesy but still has solid practical effects and a story that digs its hooks in. We’d still love to see the director’s original vision. But until then there’s fun to be had in the world of Hellraiser: Bloodline. So join us, we’ve got such sights to show you.