Deep-Sea Creature with Eight Jaws Is an Evolutionary Wonder - Nerdist

Deep-Sea Creature with Eight Jaws Is an Evolutionary Wonder

Under the sea isn’t dancing crabs with faux Jamaican accents, cute flounders, and mermaids looking for love. It’s not even a secret city of dwellers with a very handsome man who rules all. Yes, there are certainly beautiful parts of the ocean, some of which we get to see at the beach. However, the depths of our oceans have a lot of downright scary creatures and a history that we are still trying to piece together. New discoveries of animals, past and present, happen all the time. The latest find is the Ophiojura, a starfish-like creature with eight sets of jaws and hooks all over its arms. It looks like something out of the Jurassic era or an H.P. Lovecraft novel and I am terrified of it.

According to NewAtlas, the specimen came to scientist’s attention back in 2011 near New Caledonia in the Pacific Ocean. French scientists were baffled by the creature and it’s been the subject of study since then. A new recent breakthrough reveals that although it looks like a very long starfish, it is a completely new genus and family with loose relation to brittle stars. In fact, the Ophiojura’s last common ancestor is from the Jurassic era about 180 million years ago. 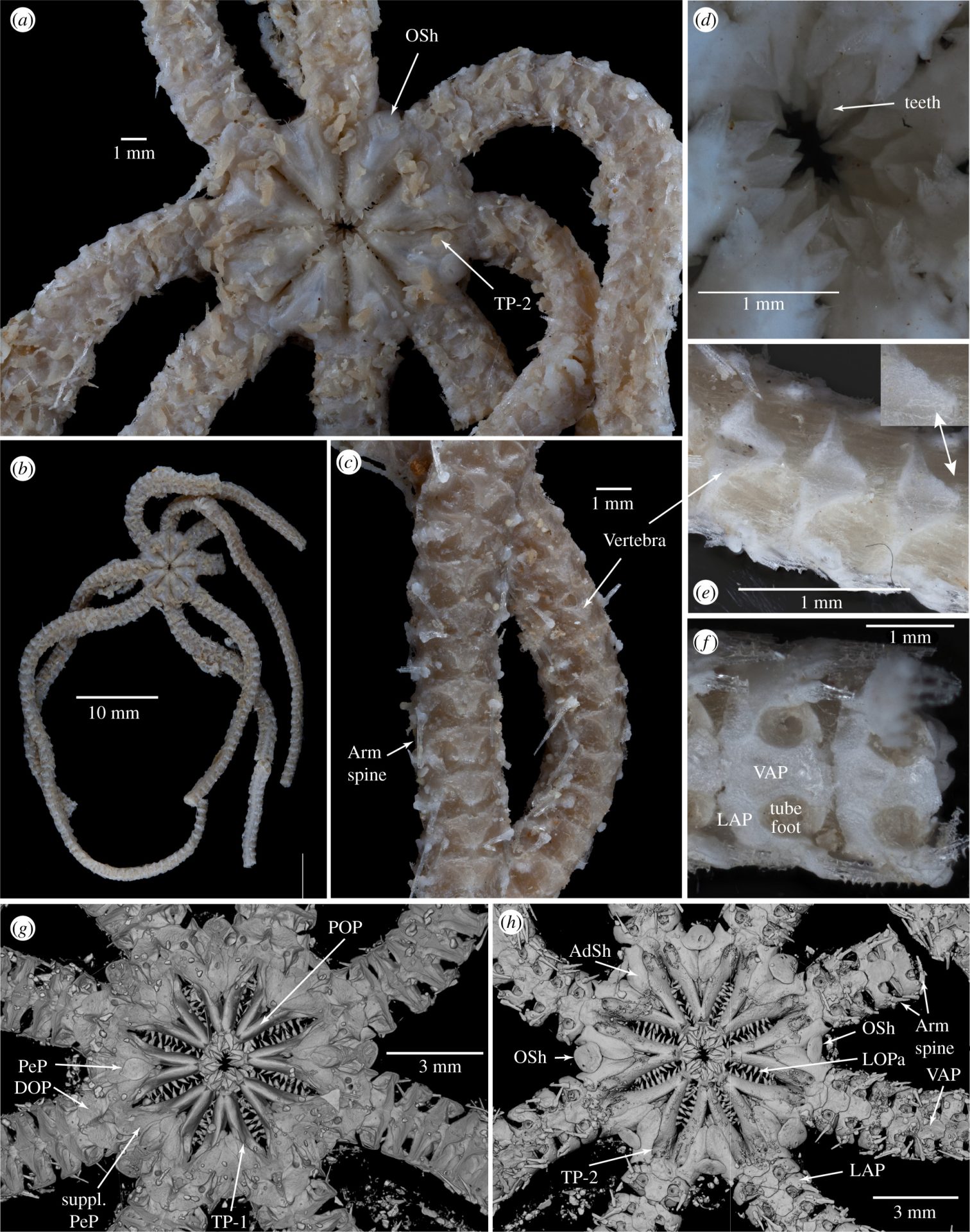 There are also fossils from that era that look a lot like this species, which is how it earns the label of a “relict” species. This means it has existed with little to no evolution for millions of years. Right now, this specimen is the only known one in the world so their actual numbers are unclear.

It wouldn’t be surprising if there’s an entire army out there somewhere. If they have been around for all this time with virtually zero evolution, then they must be great at surviving, right? Or, maybe the lack of evolution isn’t a great thing if the ocean is changing. Either way, it has a lot of teeth so that must help it in some way.

This information is leading a team of researchers to embark on a new mission in July 2021. They will travel to novel underwater mountains similar to where they found the Ophiojura. Only this time it will be in the Indian Ocean in hopes of finding more new groundbreaking creatures. There’s so much to discover in the depths of our oceans that surely they will come back with yet another fascinating find.