Underwater City in the World’s Deepest Pool Opens in Dubai

Ever wonder where Eliza Esposito and “Amphibian Man” from The Shape of Water went on their honeymoon? We haven’t either. But now we have a pretty good guess: Deep Dive Dubai. It’s an attraction home to the world’s deepest swimming pool. As well as a full-on sunken city. (With an arcade and foosball!)

CNN reported on the opening of Deep Dive Dubai, which the UAE-based company recently announced. The attraction is just outside of downtown Dubai, and boasts a “swimming” pool that’s just shy of 200 feet deep.

Inside of the pool, which is more than 16,000 square-feet in total, guests can visit what is perhaps best described as a city from the Warner Bros. backlot, but after about 50 more years of global warming. Everything from apartments to graffitied alleyways to a Bentley are available for aquatic perusal. Although the descending underwater well—what we will henceforth call “the Bane cave”—is definitely the highlight. Because who doesn’t like a heart rate of 1,200 bpm?

Although Deep Dive appears to be a stand-alone facility, it’s obviously still quite close to the Burj Khalifa. A fact we mention because it’s notable Dubai now claims both the world’s tallest tower, as well as the world’s deepest pool. We can only assume the next big project will be along the Z axis, and end somewhere in eastern China.

As for logistics (if you can make it to Dubai), you can book your tickets beginning at the end of July. We couldn’t find ticket prices on Deep Dive’s site, but we’re going to guess it’s a few grand for a day in the sunken city? We have no idea. But if you’re already in Dubai, chances are your pockets are deeper than this pool-city. The courage to free dive through the Bane Cave, however, cannot be bought at any price. 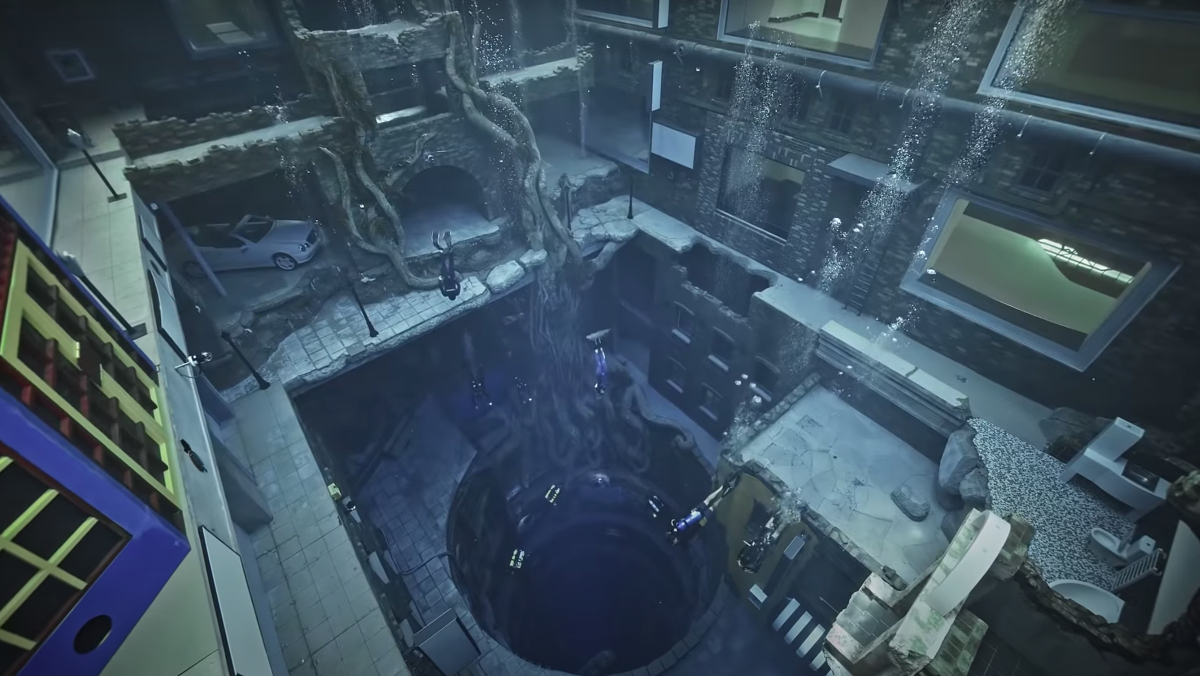