DC’s first Zoom and Ink titles have arrived and they’re here to shake up readers’ expectations of comic books and superheroes! The young reader and young adult lines reimagine classic DC characters for a new generation. In the lead up to Free Comic Book Day on May 4 we sat down with writer Michael Northrop to chat about his book with artist Gustavo Duarte and colorist Marcelo Maiolo, Dear Justice League. The original graphic novel is loosely based on Northrop’s own experience as a journalist for Sports Illustrated Kids and focuses on DC heroes answering queries from young fans. Take a look at our trailer reveal for Dear Justice League, and exclusive pages below.

How did you come up with the idea for Dear Justice League?

At Sports Illustrated, I’d interview athletes and I’d ask them, you know, sort of the standard sports questions, and they would give sort of the standard sports answers. But sometimes we’d have questions from kids, and it was just really amazing to see how the athletes would respond. They would sort of give me as a reporter just…the standard kind of cliche answers. But as soon as they heard it was a question coming from a kid, their guard would come down. And they answered really earnestly in a way that was almost sort of shocking. It was awesome to see that sort of armor come down. And, you know, of course, who has stronger armor than a superhero?

As a lifelong comics fan, what was it like to get to tackle some of the most iconic DC characters?

It was honestly a little bit of a head trip initially. The first section I wrote was due to Superman. And there’s this moment where it’s like, wait a second, I’m writing dialogue for Superman. It just seems astounding. But on the other hand, it’s something that we’ve all sort of been preparing for our whole life. I mean, I’ve known Superman, since I was a little and have been learning about Superman. So, in a sense, it was really daunting to think, you know, I’m writing Superman, but in a sense, it was also really natural. It’s like, I’ve known him almost longer than anyone else, except for my immediate family. So, when you try and think, “What would he think and do?” You feel like you know these characters— Superman, Batman, Wonder Woman—so well already. 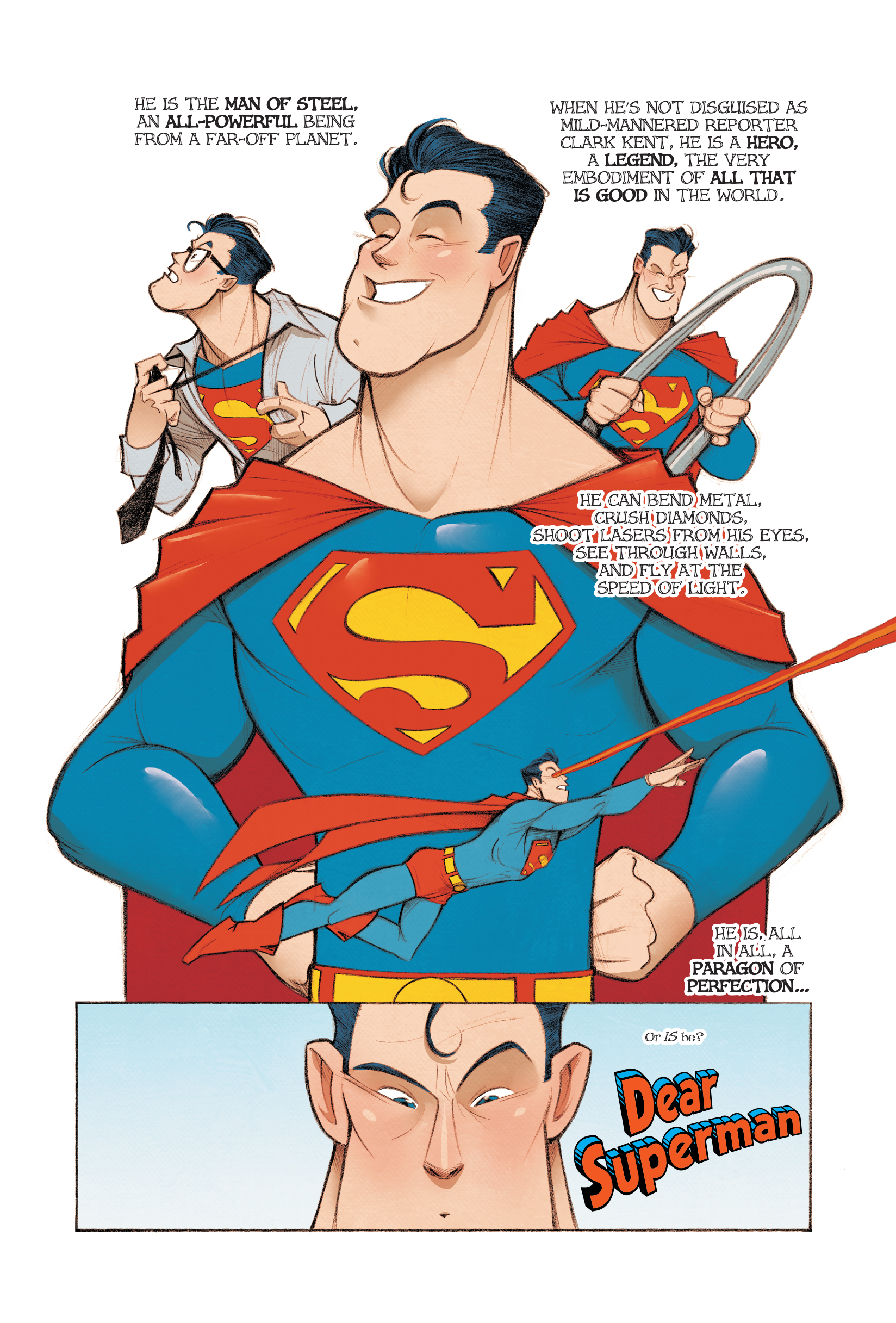 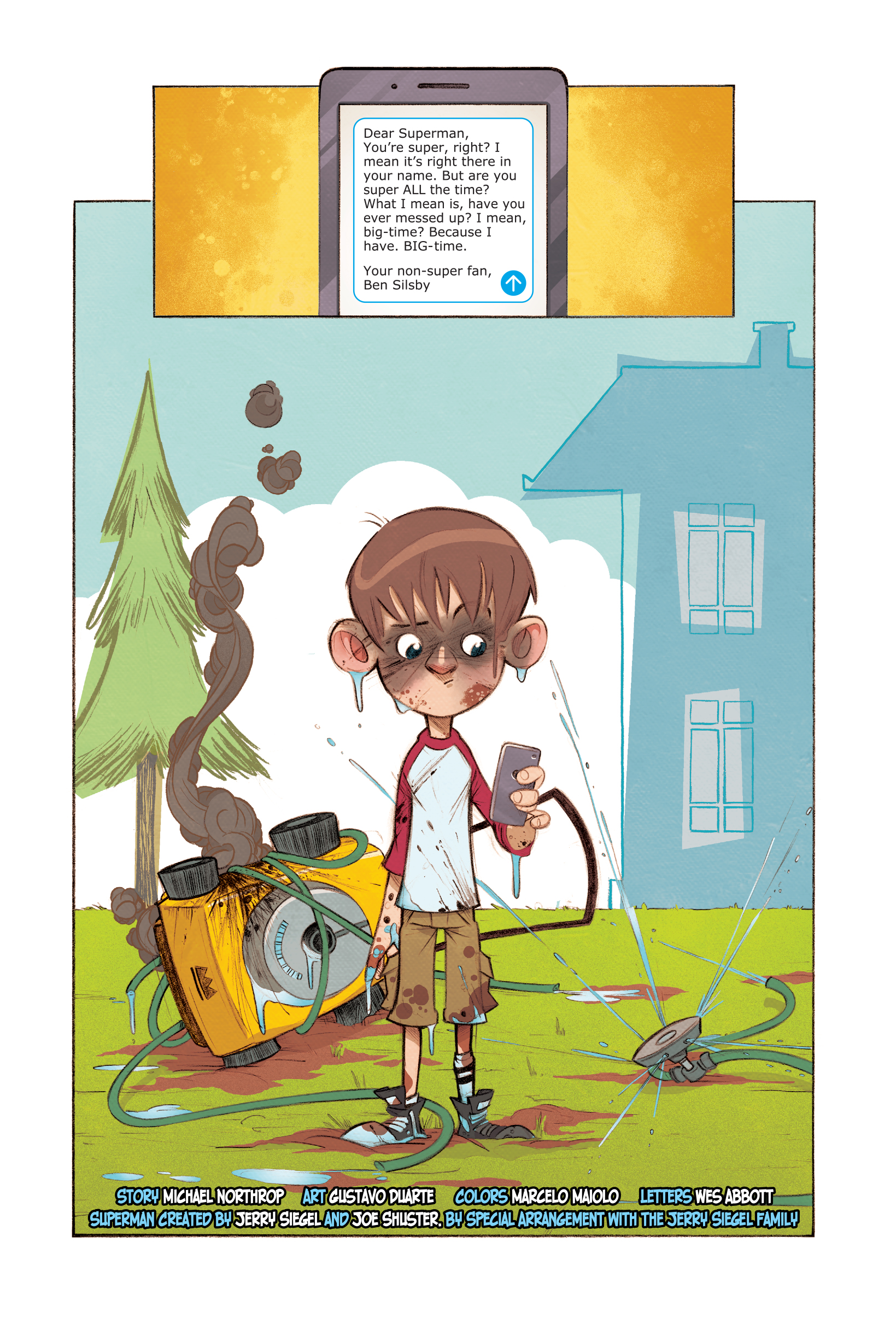 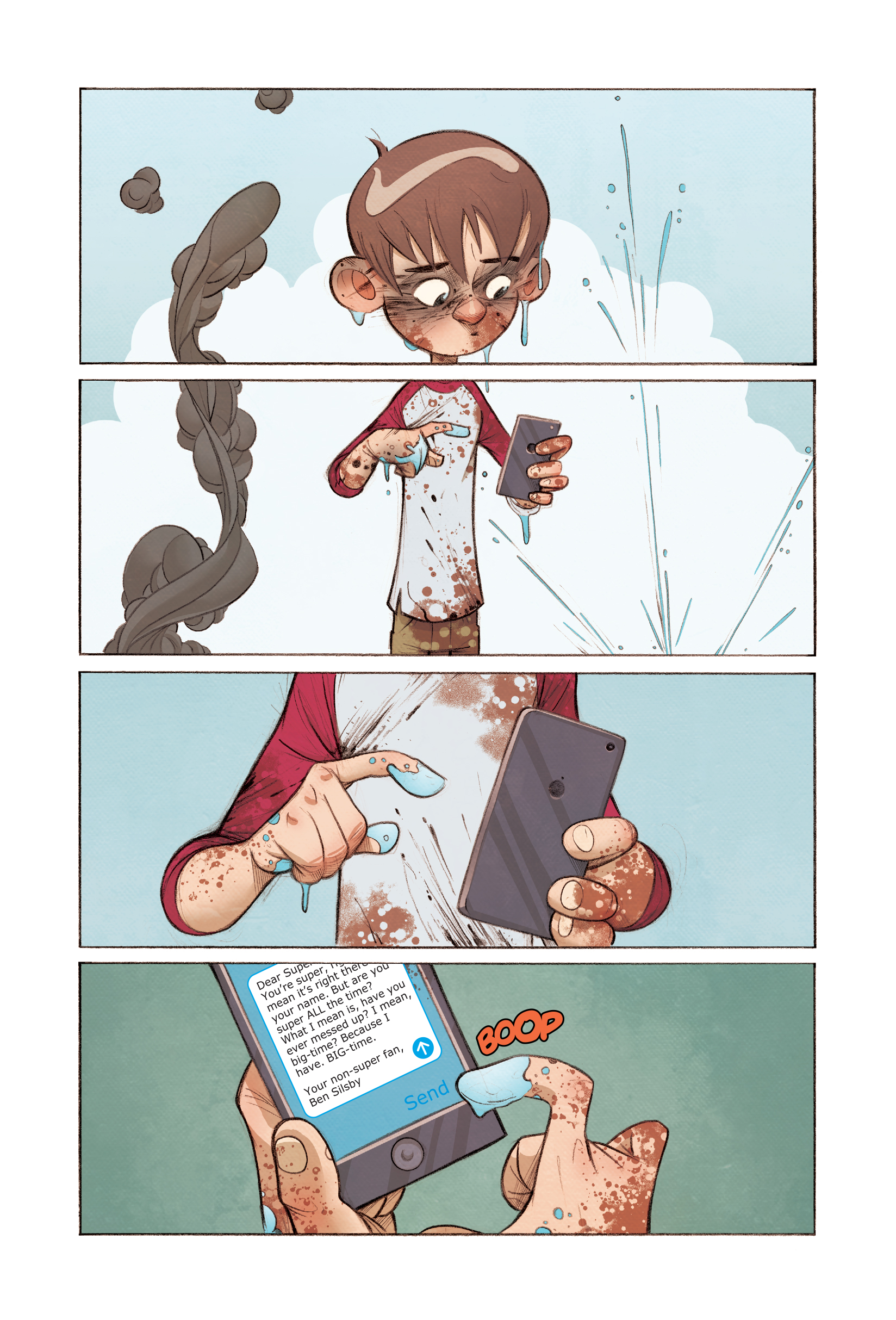 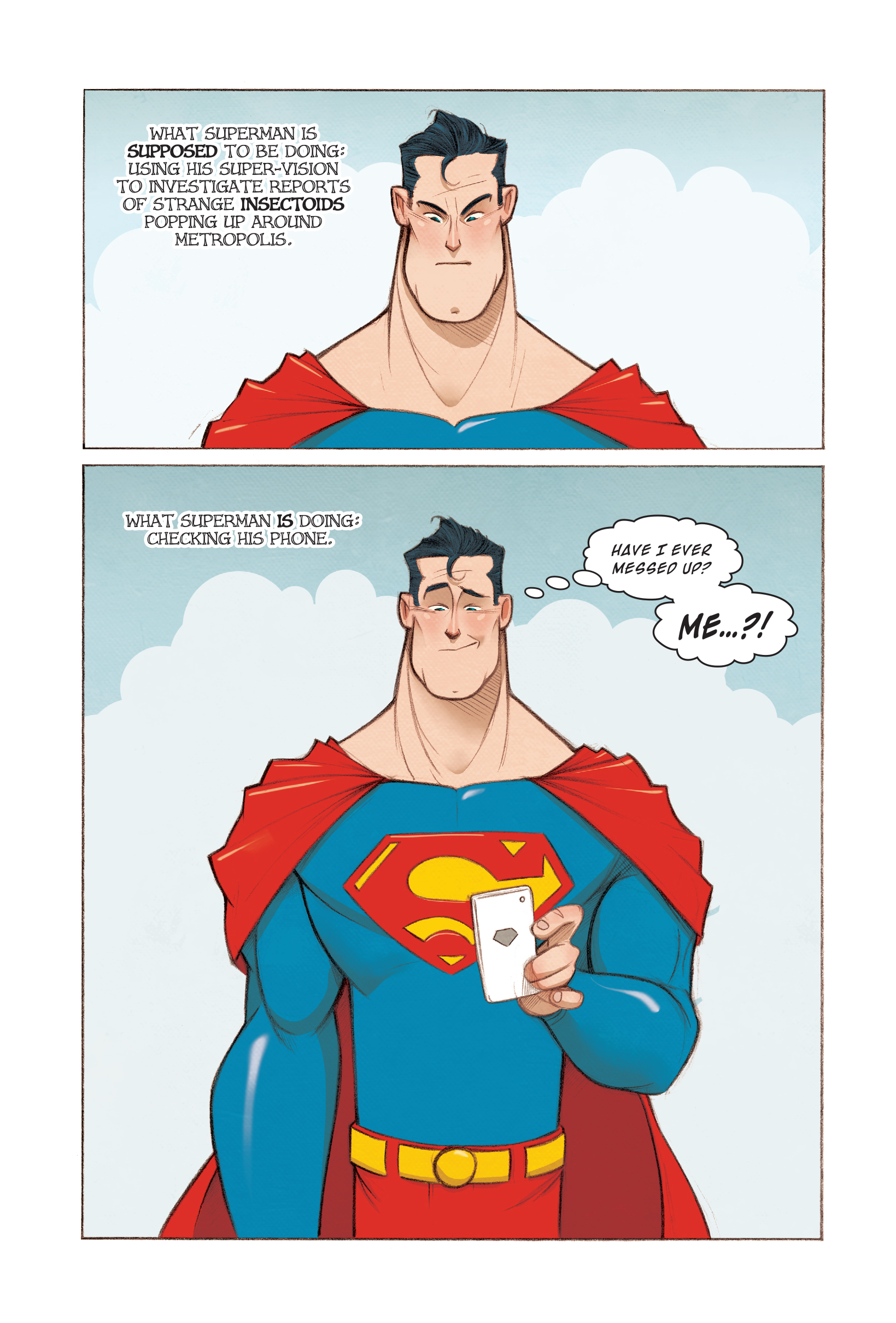 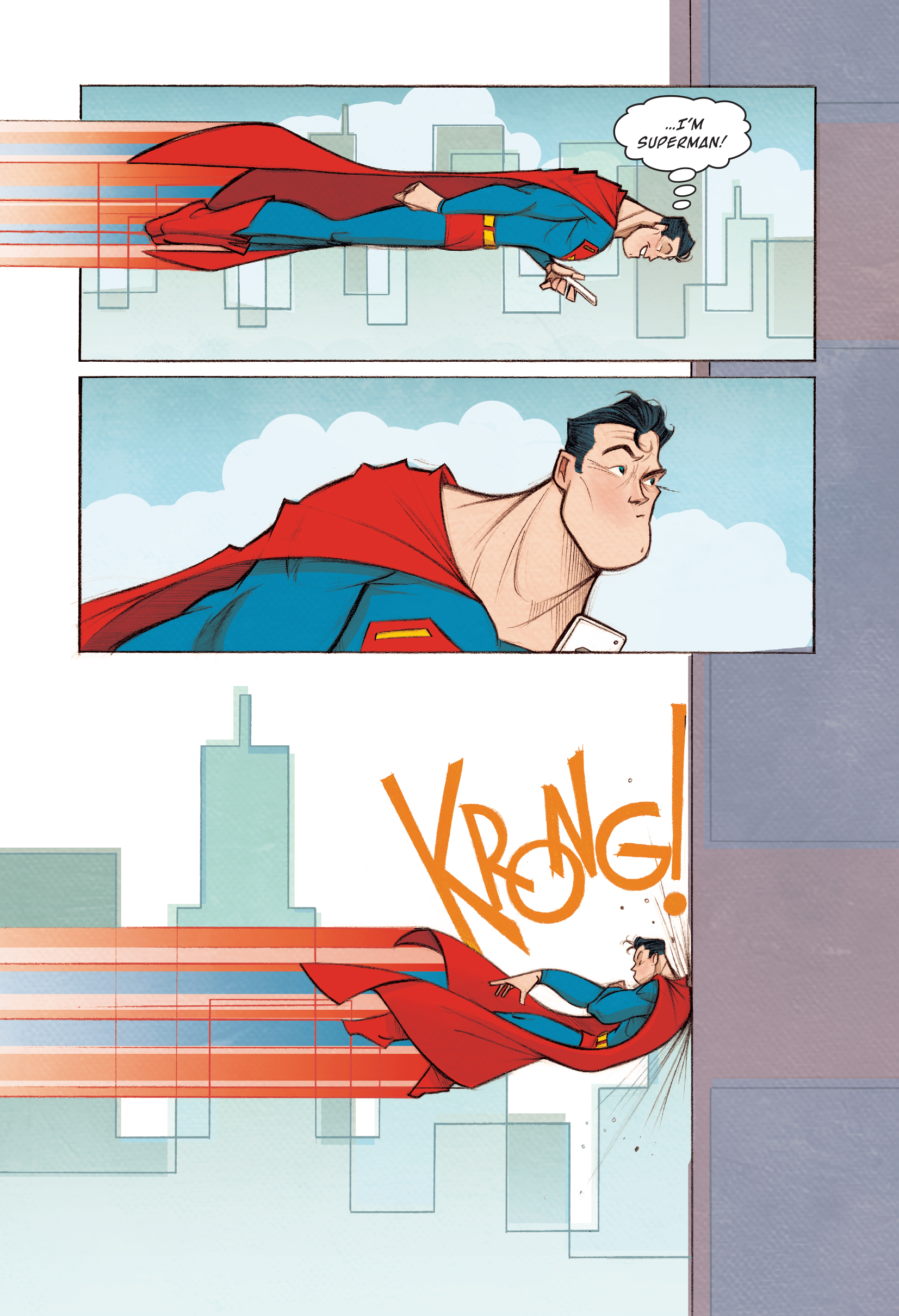 What was your experience of working with Gustavo to create the visual world of the story?

I honestly think Gustavo is a genius. It’s interesting, because Gustavo grew up in Brazil, and I grew up in northwestern Connecticut, but we have such a similar conception of these heroes. And a lot of that is due to Super Friends. We both grew up watching Super Friends, so it’s so funny how similarly we see these characters and the personalities. He’s a great artist, and he’s great with action and all these things, but I feel like the thing he does absolutely best is expressions. And so that was something where—I wrote this script basically in four parts—so by the final installment, I was incorporating a lot more expressions.

A Dear Justice League sampler is being released as part of Free Comic Book Day, that must be super cool for you as a comic book fan?

It is! And I do feel like these books [DC Zoom] is sort of going back to that earlier era of comic books were they were really, primarily, first and foremost for kids. This is very much a kids’ title. I think that adults would enjoy the humor too, but it’s written for kids. And I think it’s awesome that DC, on Free Comic Book Day, is giving away a kids’ title, an all-ages title, and it feels awesome to be a part of it because it also feels like this great opportunity to say that young readers are a priority.

Dear Justice League is out in shops on August 6, but you can get a sampler for free from your local comic shop this Saturday, May 4th on Free Comic Book Day!