If somebody were to ask you which dinosaur was the most badass prehistoric reptilian killer the odds that the T. rex—a.k.a. the tyrant lizard king—would come immediately to mind are 100%. Now, however, you may need to take a second to pause and think about that question for a moment before answering. Because paleontologists have discovered a new type of huge, “shark tooth” dinosaur species. And it loved to feast. 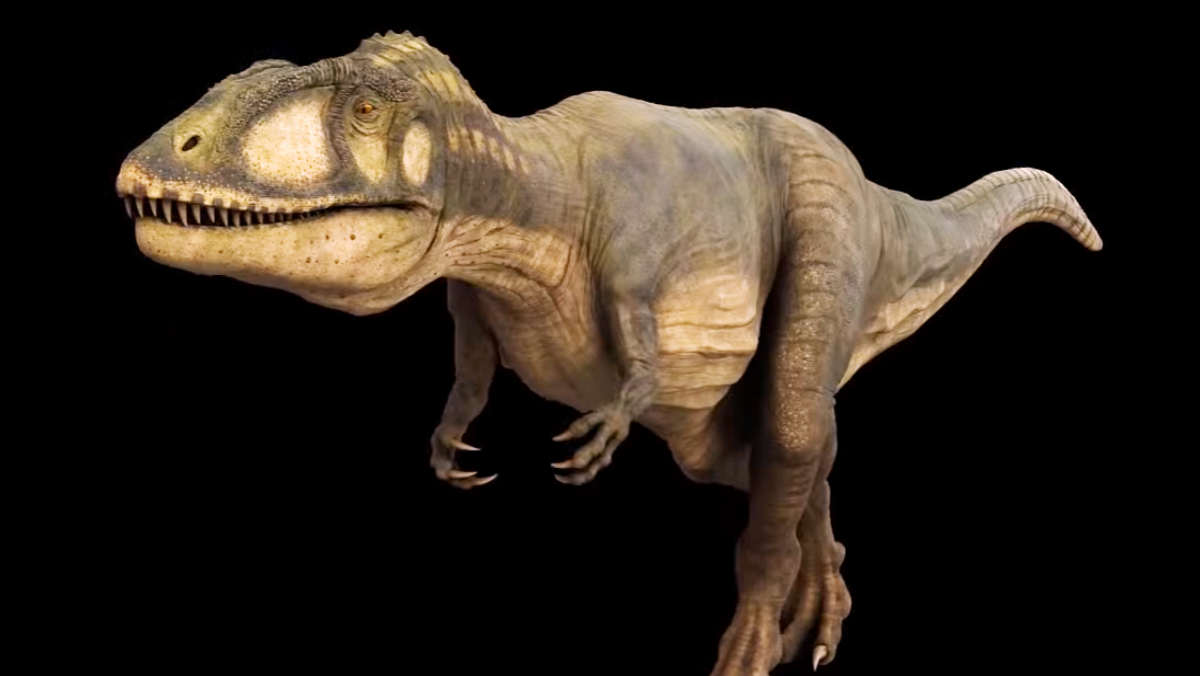 SyFy Wire reported on the new dinosaur species, which also stands as the first member of a new genus as well. The species, Ulughbegsaurus uzbekistanensis, joins other genuses in the group, carcharodontosauridae. Carcharodontosaurs were some of the largest bipedal, carnivorous dinosaurs in history, but were slimmer and lighter than tyrannosaurs.

University of Tsukuba paleontologist Kohei Tanaka discovered the evidence of U. uzbekistanensis; a single jawbone fossil that paleontologists had originally discovered in the Kyzylkum Desert in Uzbekistan in the 1980s. Apparently the fossil went on a shelf in Uzbekistan’s state geological museum until a few years ago when Tanaka found it and realized it belonged to a novel species of dinosaur. 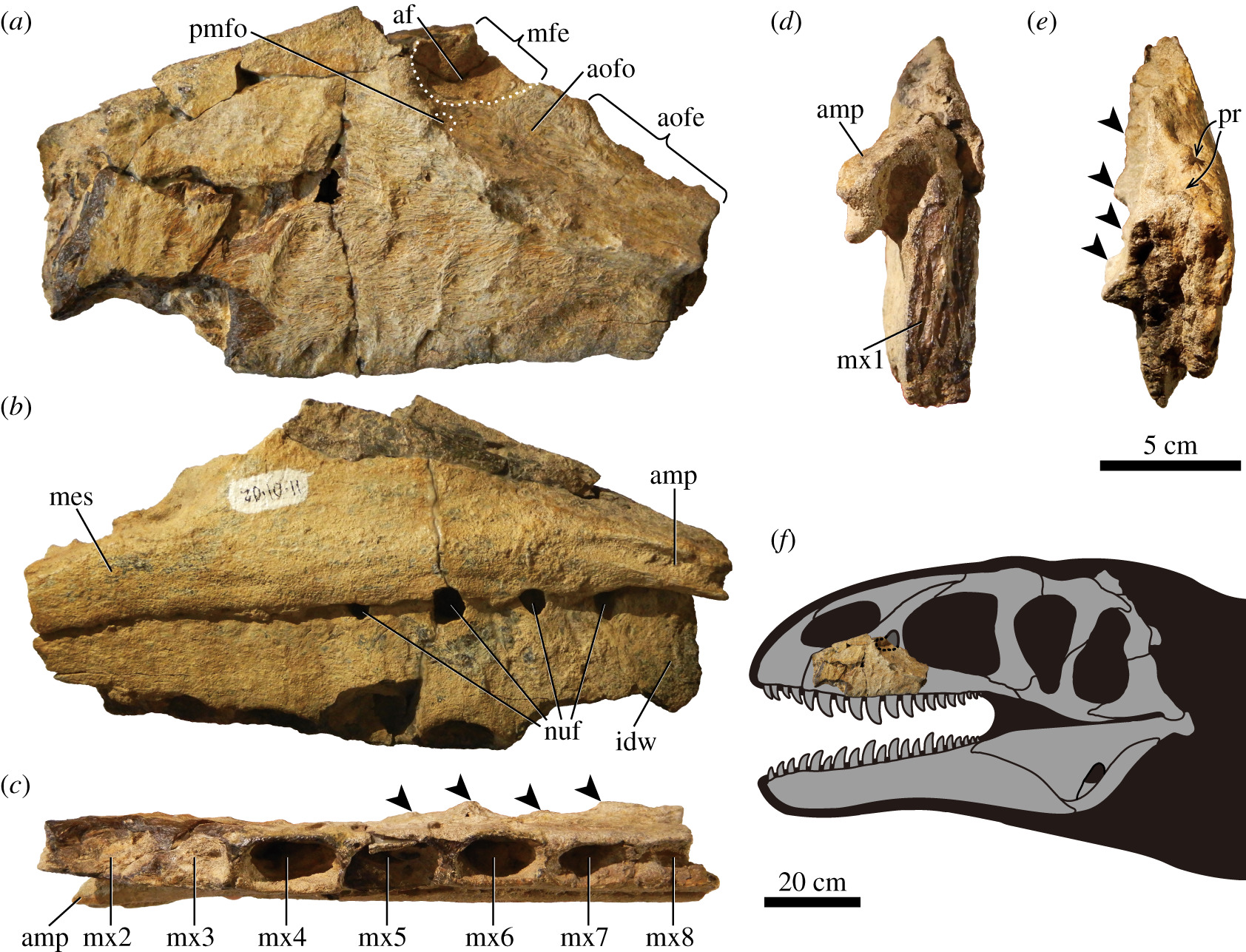 In a study published in the journal Royal Society Open Science Tanaka and his colleagues describe U. uzbekistanensis based off the single jawbone fossil. The dinosaur species thrived during the Late Cretaceous epoch—approximately 92 million to 90 million years ago; roaming throughout Gondwana, the supercontinent that broke up during the Jurassic. This particular specimen was likely 23 feet long from horrific mouth to tail tip. And had a body weight of over 2,000 pounds.

While this particular specimen may seem relatively small, Carcharodontosaurs in general were genuine beasts. The dinosaurs, which were dying out as tyrannosaurs began proliferating, could reach up to 42 feet long. Paleontologists also estimate the biggest members of the group could weigh up to 17,000 pounds. (For reference the average adult T. rex weighed somewhere between 11,000 and 15,500 pounds.) 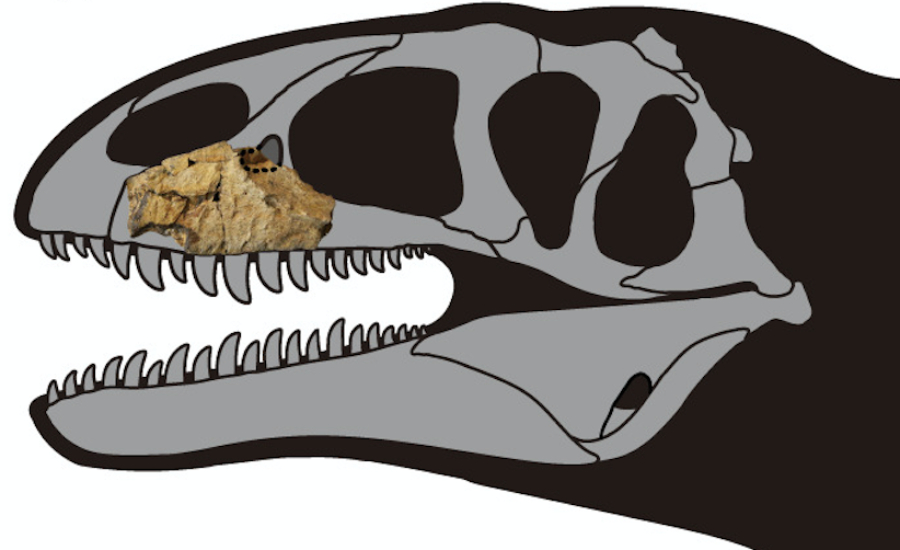 The most gnarly aspect of Carcharodontosaurs, however, was definitely their mouths. Members often had eight-inch-long teeth with a strong resemblance to those of a Great White Shark. Paleontologists also estimate that the dinosaurs could’ve lifted 1,000-pound creatures off the ground in their jaws. Again, a reason to rethink which dino killer was really the most terrifying.