Tragic news continues to be reported out of several states in the Eastern U.S. as a deadly mosquito-borne virus, Eastern equine encephalitis ( EEE), takes its eighth victim, and infects more. And while this year’s outbreak of EEE has only infected 25 people in total in the U.S., that’s still more than four times the number of people infected last year and a 60 percent increase over the highest annual number of reported infections in the last decade. 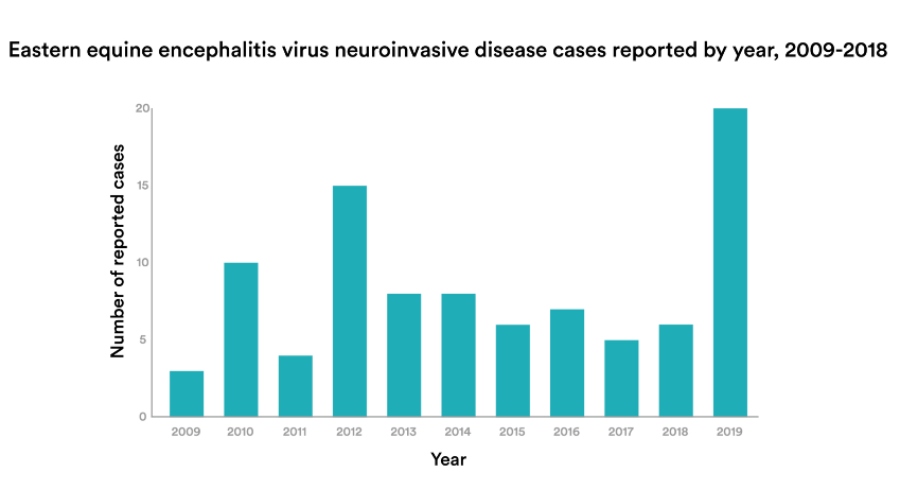 Gizmodo picked up on news of the unusually high number of annual EEE infections, which has come out of Massachusetts, Connecticut, Rhode Island, Michigan, New Jersey, and North Carolina. The Centers for Disease Control and Prevention (CDC) doesn’t seem to have put out any official statement regarding the unusually high number of EEE infections, although it does note on its site that the average number of cases per year is seven.

The fact that EEE only infects a relatively small number of people is made up for by how deadly it is. Roughly one out of every three people who become infected with EEE die; for reference, Stat notes that, to date this year, there have been 468 cases of West Nile virus reported by the CDC, but only 21 deaths. That would mean an estimated 4.5% fatality rate for West Nile virus.

MDHHS is strongly urging residents to protect themselves from mosquito bites as four additional cases of Eastern Equine Encephalitis (EEE) have been confirmed in Southwest Michigan – including two that were fatal. https://t.co/UuYZtvOJgF pic.twitter.com/celHB7Zm8k

Death isn’t the only issue with EEE either. The CDC notes that “Systemic infection [of EEE] has an abrupt onset and is characterized by chills, fever, malaise, arthralgia, and myalgia.” The CDC adds that in those patients who develop encephalitis (swelling of the brain), signs and symptoms include “fever, headache, irritability, restlessness, drowsiness, anorexia, vomiting, diarrhea, cyanosis, convulsions, and coma.”

Like West Nile virus, EEE is spread via a transmission cycle that involves birds. The EEE virus infects birds (usually songbirds), and when mosquitoes bite those infected birds, they in turn become infected. Then, when an infected mosquito bites a human, the disease is passed on. Once a person is infected, they usually have EEE for about one to two weeks if it is not fatal. 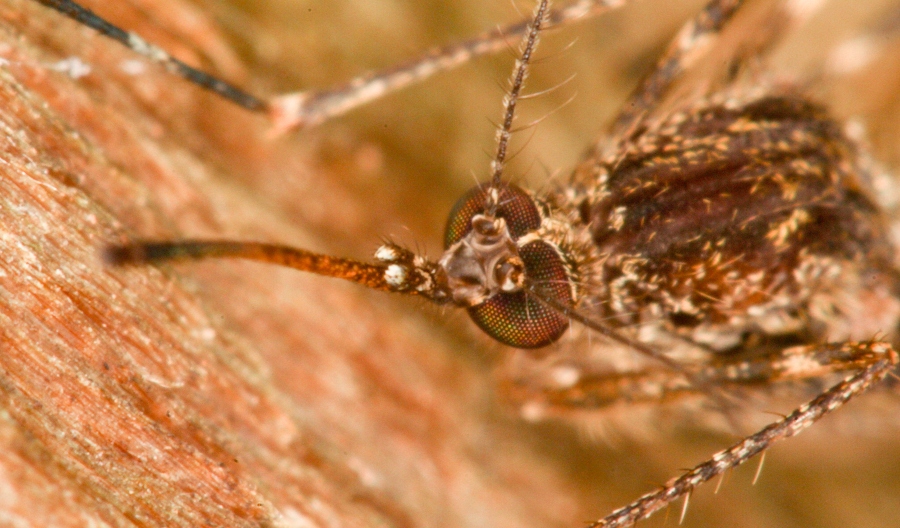 In terms of prevention, there is, unfortunately, only an unlicensed vaccine available, and it seems to be administered solely to officials who are forced to work with the disease. According to Stat, developing an effective vaccine could cost more than $1 billion, which wouldn’t be cost effective for pharmaceutical companies considering the small number of annual cases.

Precautions can be taken, however, and they are simple enough. If you live in any one of the six states mentioned, do your best to avoid wet areas like swamps, especially at dusk or dawn. For those who need to work around these types of areas, it is recommended to use mosquito repellent, although it’s still best to avoid them all together for at least another few weeks to allow seasonal mosquito activity to decline.

What do you think of the abnormally high number of reported EEE infections? And what are your methods for repelling mosquitoes? Let us know in the comments!