Dead of Winter Gets Its Own Comic Book, And These Games Should Too - Nerdist

Dead of Winter Gets Its Own Comic Book, And These Games Should Too

Everybody’s favorite zombie fighting stunt dog is starring in his own comic book series this summer. This August, you’ll find Dead of Winter not just on game store shelves, but on comic book store shelves as well, as Oni Press launches a new series based on the popular game.

Dead of Winter isn’t the only tabletop game that’s prime for making a comic book series. Here are our suggestions for three more games we’d love to see in comic book form every month.

Sparky in the Spotlight 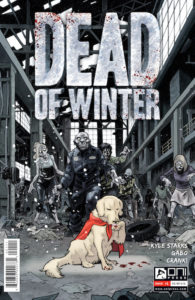 Plaid Hat Games and Oni Press have partnered to publish Dead of Winter with the creative team of writer Kyle Starks and artist Gabo. The book is described as “a hilarious mix of The Walking Dead and Airbud” and stars Sparky, one of the more memorable survivors you can play in the tabletop game.

Oni Press Senior Editor Charlie Chu said, “Just like in the game, fall in love with Sparky all over again as he becomes a zombie murdering machine while keeping precious morale high.”

Naturally, Sparky will be dodging zombies and protecting his fellow survivors as they scavenge for food and fuel. Will the book also dive into the Raxxon experiments that caused the apocalyptic disaster in the first place, or show us what daily life is like for the survivors huddled in the colony?

There are so many potential stories behind Dead of Winter to explore, and the comic book format is a compelling way to do so. Watch for the comic to make its debut on store shelves on August 2, 2017.

Most tabletop games include intriguing characters and settings that keep players coming back time and time again. These three games fit that category, and would also keep readers coming back month after month as backstories are fleshed out, characters are explored, and traitors’ true motivations are revealed.

Betrayal at House on the Hill: With a spooky atmosphere and seemingly endless collection of possible stories, this horror game could spawn an incredible variety of tales to tell. The traitor game mechanic not only makes for twists and turns in a board game session, but would also create dynamic storytelling that can explore in-depth the reasons why a character would be willing to turn on their friends. 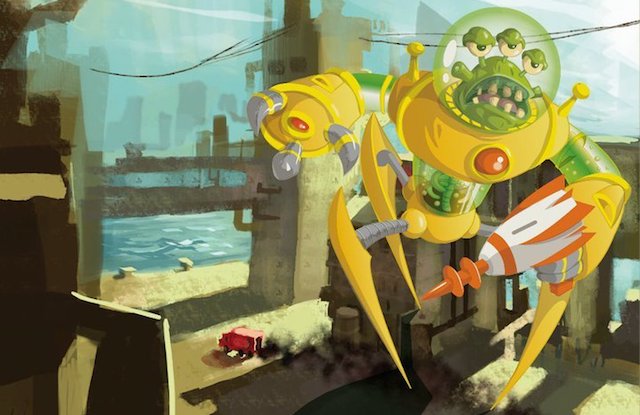 King of Tokyo: Destined to be a board game classic, the action-packed King of Tokyo couldn’t be better suited for a comic book series. Mass destruction as huge monsters and giant robots battle for control of the city would make for explosive action bursting out of the pages month after month.

The Resistance: A dystopian sci-fi setting and a story of intrigue and deception make The Resistance both fun to play and prime comic book material. Espionage, missions fraught with danger, and Imperial spies working to keep their true identities secret could make for a suspenseful and unique book.

What other tabletop games do you think would make a great comic? Tell us in the comments.