Shudder continues to lead the way in horror programming and content with a wide array of stories. The streaming network offers a ton of classic scary and spooky content but it also gives fans a lot of new material as well. One of its upcoming films is Dead & Beautiful, a psychological thriller following a band of wealthy rich young adults who become vampires. The film will make its North American premiere at Fantastic Fest on September 25 with a streaming release date of November 4. And we are debuting this trailer exclusively for your terror pleasure.

Dead & Beautiful starts out with a group of crazy rich friends in a penthouse suite. They are gathered together to celebrate a dearly departed friend’s life with a giant cake. Honestly, that’s how I want my friends and family to remember me. But, Bin-Ray is not dead. He pops out of the cake, saying that his “turn” worked. This crew plans ridiculous and extravagant adventures for each other to stave off their boredom. And, at this point, they are doing increasingly dangerous and stupid things because why not? That’s what you do when you have loads of money and time. 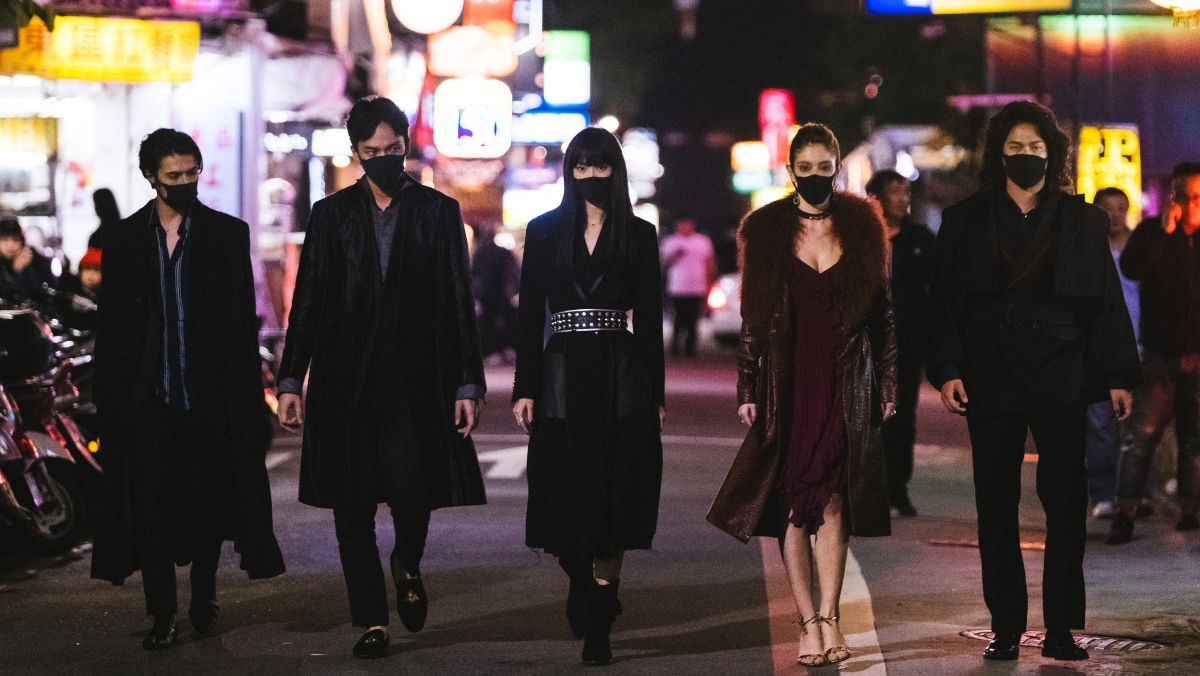 Things go awry when they participate in some ritual in a dark, secluded area. The “Circle” wakes up the next morning with some questions…and sharp fangs. They weren’t subject to normal rules and parameters before due to wealth. And that is truer now that they are the vampires. They begin to test the limits of their powers, become hungry for blood, and sink their fangs into uncharted territory. But all fun things come with a price. And this one might end up being higher than anyone could imagine.

For those who are attending Fantastic Fest, Dead & Beautiful will play at 4:05 Central time at the Alamo Drafthouse Cinema. And the rest of us will have to wait and see how this tale plays out. Think of it as a tasty post-Halloween treat.