TWILIGHT: How Vampires Mess Up the Ecosystem

Whether you got caught up in the Twilight craze or not, it represents an interesting addition to the vampire mythology. The books introduced or expanded upon some unconventional ideas. Most memorable, perhaps, is vampiric skin that sparkles like diamonds in sunlight, thus relegating vampires to the shadows. Twilight‘s world also features vampires with super-strength, vampire-human hybrid babies, and the fact that they can be “vegetarians.” Our alleged heroes, the Cullen family, are rare, merciful vampires that deny their hunger for human blood. Instead they feast on animal blood. But does that really make them “good?”

Though vampires don’t find animals as appealing as humans, some still have preferences about the type of animal they drain. Edward likes cougars, Emmett likes bears. Both animals are in fact the apex predators on the Olympic peninsula, where the very real town of Forks, Washington (the setting of the books) is located. Balanced, sustainable environments have relatively few predators keeping larger prey populations under control. If the Cullens mostly hunt cougars and bears but not the deer, elk, and other species the predators eat, they would negatively affect the entire ecosystem.

“If apex predators are removed, populations of their primary prey can increase to levels that the habitat will no longer support,” says Traci Degerman, a terrestrial ecologist who works as an independent consultant in Washington state. “There will be habitat degradation, resulting in the death of prey species through starvation and disease until their habitat recovers, if it does.”

In the books at least, Edward has awareness of this issue. He tells Bella, “We have to be careful not to impact the environment with injudicious hunting. We try to focus on areas with an overpopulation of predators – ranging as far away as we need. There’s always plenty of deer and elk here, and they’ll do, but where’s the fun in that?”

However, he also admits to skirting the local hunting laws and bag limits in place specifically to avoid ecosystem imbalance. Kudos to author Stephenie Meyer for doing the research on which animals live in the area and including a basic understanding of the food web. However, the movies don’t make any mention of this. And no matter where they go, if the Cullens are mostly killing predators, prey species would quickly increase out of control. That would have a ripple effect on the rest of the environment. 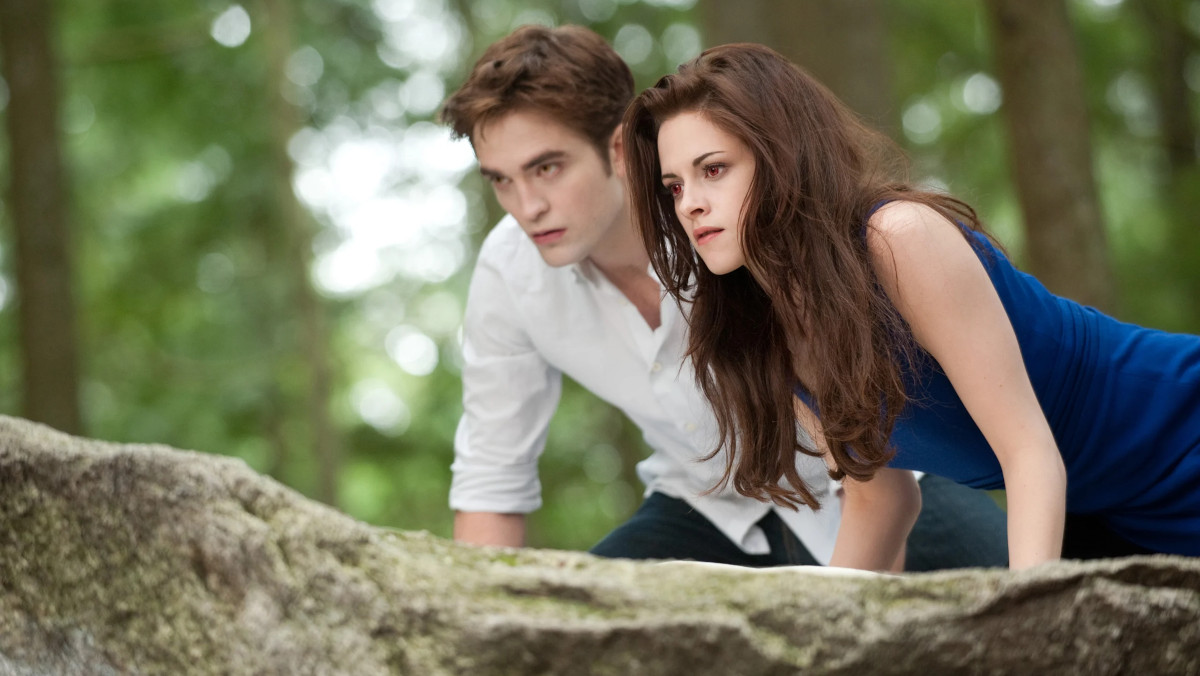 Though more settled than most vampires in the Twilight universe, the Cullens still move often so as to avoid non-vampires noticing their unusual habits and the fact that they never age. Assuming they rotate through their favorite spots every 50 years or so, this could allow for species to rebound. “Populations of some organisms will rebound more quickly than others,” says Degerman. “But full ecosystem recovery after a severe disturbance is usually a decadal or generational process, and the end result may not completely resemble the original state.”

This is especially distressing since protected lands basically surround Forks. A national park, national forest, national wildlife refuge, state park, and conservation area all call the nearby area home. Add to that the Quileute reservation, though an old treaty between the tribe and the Cullens bans the vampires from the reservation. In real life, hunting is limited and tightly controlled throughout the state, based on many factors. The Washington Department of Fish and Wildlife determine open seasons and limits with the goal of keeping a healthy ecosystem for generations to come.

Speaking of the reservation, the Cullens living nearby triggers something in the teenage members of the Quileute tribe. As a reaction to this perceived threat, they can transform into wolves at will. The impact this has on the ecosystem is also a factor. They sometimes feed as wolves, likely on smaller game like deer, elk, and rabbits. Perhaps the werewolves‘ diet does help balance the local food web. In real life, wolves only just returned to Washington state in 2008 after being eradicated in the 1930s. However, they are not present on the Olympic peninsula. Some species actually learn, or at least respond to, seasonal hunting patterns and keep to the safe side of boundaries. “One example here in Washington is the seasonal influx of deer and elk into residential areas adjacent to lands where hunting occurs annually,” says Degerman.

Since the Cullens never go on Quileute land, cougars and bears near Forks may perceive that they are safer, or at least never hunted by vampires, there. If so, the differences between the reservation and the nearby areas would make a fascinating study. It would probably boggle the minds of local ecologists in the Twilight universe. One tool used to understand wildlife populations is motion-activated trail cameras. Forget Bigfoot, imagine seeing a vampire on the hunt when scrolling through those images.

Though it’s frowned upon, some humans are aware that vampires exist. So why not someone in the wildlife service? Degerman points out that hunting limits for deer and elk increase in certain places to make up for the loss of natural predators. The Cullens could be added into that equation. This is an action totally in line with what we know of Carlisle’s desire to coexist with humans. 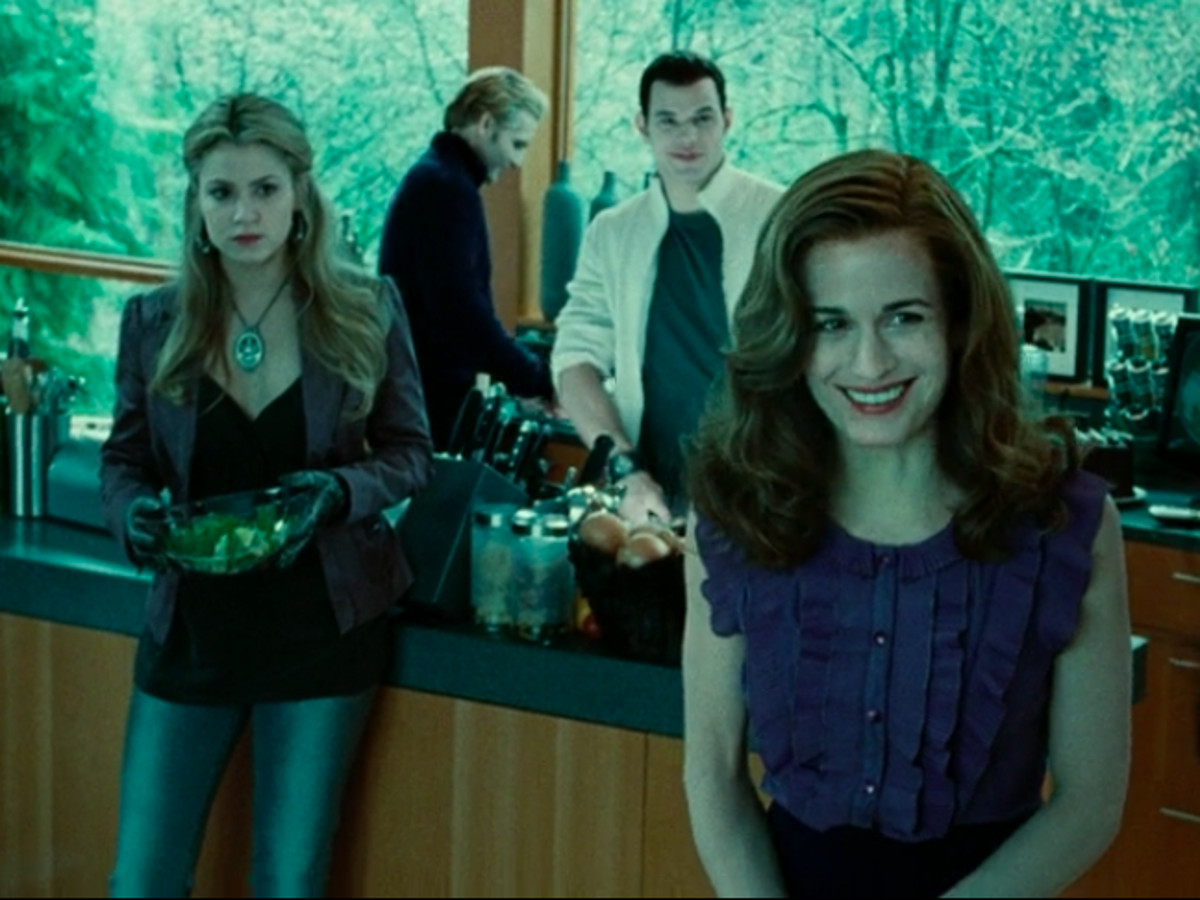 There are other, admittedly non-perfect, solutions to the problem of negative environmental effects. Considering Edward’s gift of mind-reading and Alice’s ability to see the future, the Cullens could make a case that a morally acceptable option is to feed on evil people. Edward did that in his vampiric youth before he became a “vegetarian.” They could also only feed on those who are about to die. That is, after all, how Carlisle turned most of his family members into vampires in the first place.

And what about donated human blood? At one point, Carlisle does take some bags from the hospital for Bella’s and Renesmee’s use. Unlike in some vampire mythology, Twilight‘s vampires can’t take just a pint or two when biting a human. Doing so creates a new vampire. The Cullens prefer not to do that without consent.

It comes down to the fact that if Twilight‘s Cullens really want to be “good,” they need to acknowledge their place above the natural apex predators and act accordingly. “Washington manages game populations with the quantity of hunting licenses they issue for each species,” says Degerman. “If the Cullens mixed it up and hunted both predators and prey then they could theoretically do so sustainably.”

Melissa T. Miller is a freelance science writer who spends most of her time overthinking the intersection of pop culture and science. She is Team Edward. You can follow her on Twitter @melissatruth or @starwarsologies.

5 Things You Probably Forgot About the AVATAR Franchise

Get Cookies and Creme HALO Armor with Xbox-Themed Oreos