Life is about to get a lot easier for DC Comics fans. They won’t have to go digging through old boxes the next time they want to reread their favorite issues. Tends of thousands of comics will now be available on their phones, thanks to the new, premier online service DC Universe Infinite. It’s the company’s replacement for DC Universe, and its big answer to Marvel Unlimited. 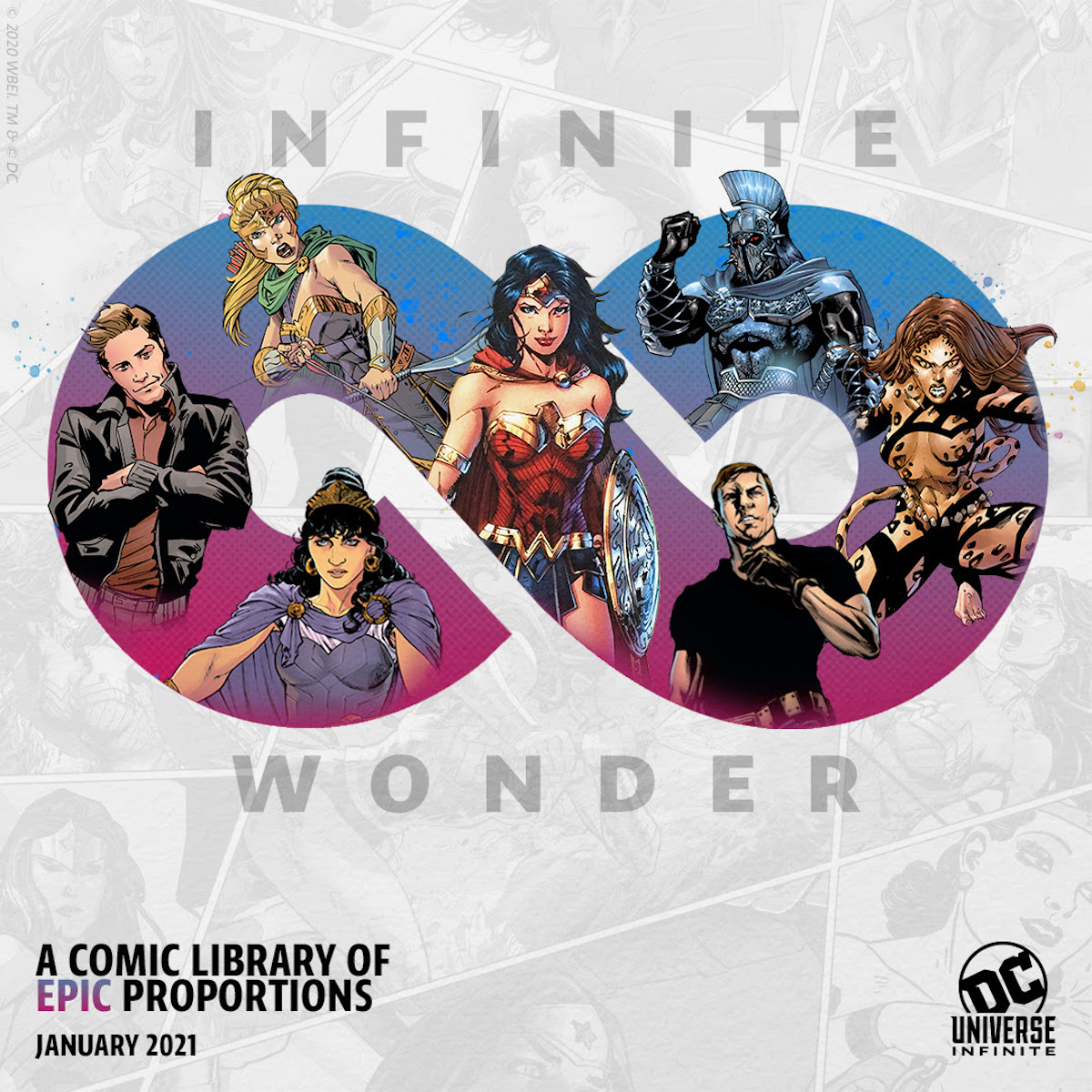 DC has announced a “fan-first platform” that features the largest collection of DC Comics ever. Starting January 21, US residents will be able to access over 25,000 issues and graphic novels online. The massive library will include best-sellers like Hellblazer, Lucifer, Batman: Damned, V for Vendetta, Superman: Year One, Preacher, Mister Miracle and Dark Nights: Death Metal. The service will also immediately start adding more titles from labels like Vertigo, DC Black Label, and Milestone Media.

The platform launches with what DC calls a “sleek, newly designed app with updated personalization features and an enhanced comic reading experience.” Users can “download comics, graphic novels and originals for unlimited offline reading on their favorite devices from a smartphone or tablet.” Current DC Universe subscribers won’t have to create new accounts; their old DC Universe log-ins will transfer over. As for readers outside the US, the platform will expand globally later in 2021. 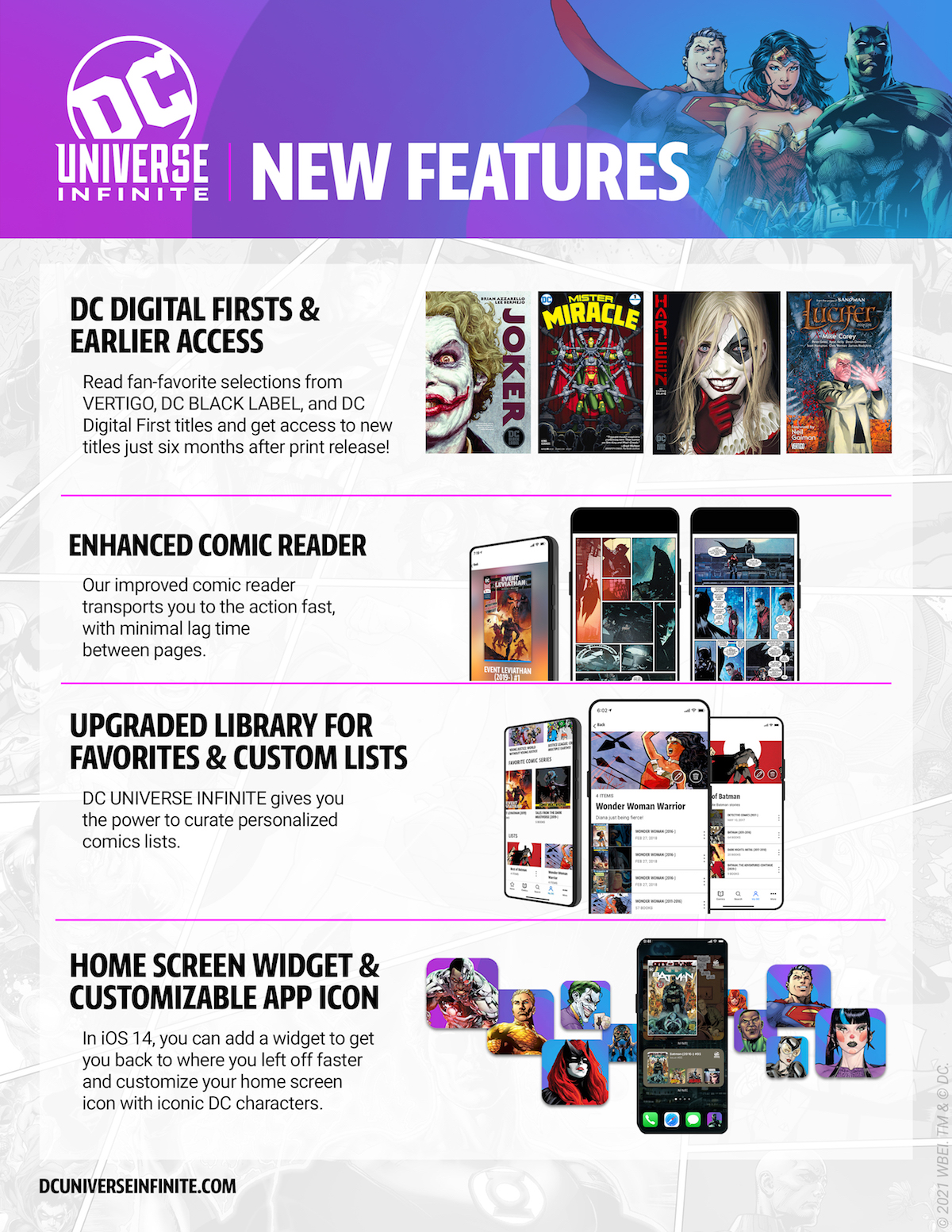 New comics will join the digital collection six months after arriving in stores. Digital First titles will pop up three months after they premiere. But the service will also be the only way to find some original releases; some brand new comics will debut exclusively to DC Universe Infinite. Subscribers will also have “exclusive access to DC fan events to connect with other DC enthusiasts.”

“This is just the beginning of DC Universe Infinite‘s transformation,” said Pam Lifford, President of Global Brands and Experiences at Warner Bros, in a press release. “Our fans will have access to a rich collection of their favorite comic books and publishing while connecting with a community that loves the same DC characters and brands.”

The company says the service will also include a “revival and commitment of digitizing Milestone Media, a comics line created by a coalition of black talent including Dwayne McDuffie and Denys Cowan to increase representation in comics.” That means subscribers will soon have access to popular series like Static, Icon, and Hardware.

The service will be available for iOS and Android devices. It will cost $7.99 a month, or $74.99 for a year-long subscription. Old DC Universe members “in good standing,” or who joined during the pre-order offer window and enrolled in auto-renewal, “will receive a special thank you voucher redeemable at the DC Shop, on or after February 1, 2021, subject to terms and conditions.” Annual subscribers will also get a $25 voucher. Monthly subscriber will earn one for $10. And all users will also gain extra time not spent in attics digging through old boxes of comics.