Why DC/MARVEL Crossovers Were Amazing and Need to Return - Nerdist

Why DC/MARVEL Crossovers Were Amazing and Need to Return

For decades, the comic book industry’s “Big Two” publishers have been DC Comics and Marvel Comics. Marvel, the younger upstart, would often refer to DC as “ the Distinguished Competition.” Although rivals, both comic book universes fueled decades worth of stories, and are both now the basis for hugely interconnected media universes in both film and television.

But every now and then, the companies would put their rivalry aside and bring their characters together for events that fans went nuts for. And often, those crossovers came at times when the industry as a whole was suffering, and needed a boost. After the peak years of the ’60s, comics were losing ground to arcade games and other distractions. So to create buzz, the two publishers decided it was best to work together. The first DC/Marvel crossover to make a splash was 1976’s Superman Vs. The Amazing Spider-Man: Battle of the Century, a large-size special edition, which saw both company’s signature icons battle it out. This was followed up by a sequel, along with Batman Vs. Hulk. 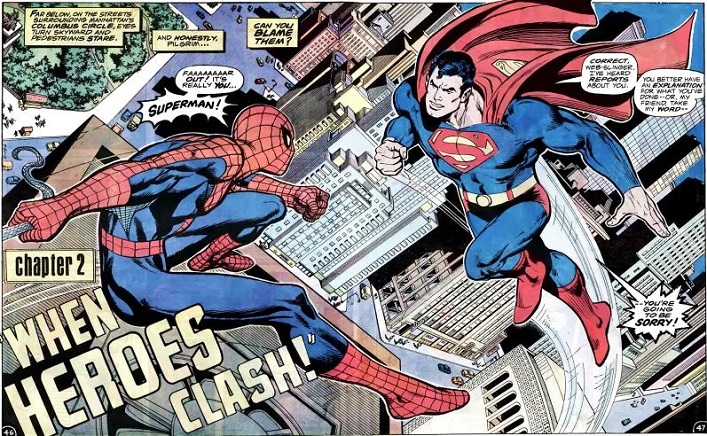 But as the ’80s got into full swing, the comic book industry grew, thanks to the emergence of the direct market, with DC and Marvel bypassing drug store spinner racks and going straight to comic book stores. The direct market caused comics sales in that decade to boom, and while both publishers didn’t need to do a crossover at that time, the potential was too good to ignore. So in 1982, DC and Marvel teamed up for their most ambitious crossover yet, but taking their two biggest-selling books, Uncanny X-Men and the New Teen Titans, and telling an epic story written by X-Men’s Chris Claremont and drawn by Thor artist Walt Simonson. DC’s cosmic villain Darkseid resurrects Dark Phoenix, and comic book fans lost their collective minds at seeing comics’ two most popular teams come together to fight two gods. 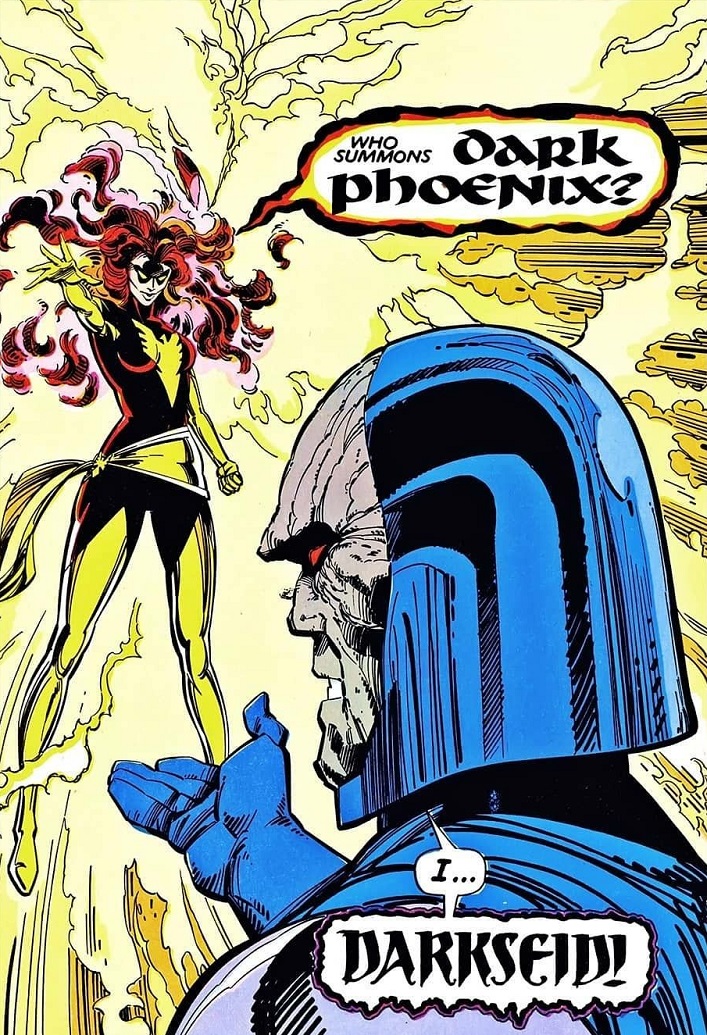 A sequel was planned, as was a Justice League/Avengers crossover, both drawn by superstar artist George Perez. But editorial disagreements caused both of these projects to get shelved, despite Perez having drawn some 21 pages. This is just an educated guess, but by the mid-80s, both companies were on a roll. Marvel ruled the roost, but DC was publishing books like Dark Knight Returns and Watchmen. Probably neither publisher felt they needed to cross their characters over for a sales bump — everyone was doing just fine on their own. 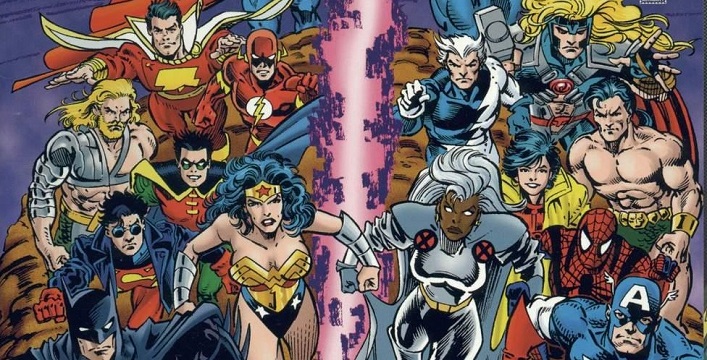 Cut to a decade later. After a massive sales boom in the early ’90s, which saw books like X-Men #1 and The Death of Superman sell literally millions of copies, the comic book industry nearly collapsed. Comic book stores went from 10,000 nationwide at their peak, to 4,000 by 1994. There was a multitude of reasons for the ’90s boom and crash, some creative and some business, but at this dire time, Marvel and DC came together once again to excite disillusioned fans with DC Vs. Marvel, a four part mini-series which saw all the main heroes from both universe clash in an epic battle — and the fans got to vote for who won. The series was a silly good time, sold well, fans got excited, and the resulting mash-up “Amalgam Universe” was pure goofy fun. At a time when the comic book industry needed a big event to get fans excited, the two giants but their differences aside and delivered for the fans.

This sparked a wave of crossovers in the ’90s, Batman/Punisher, Superman/Silver Surfer, Batman/Spider-Man, and on and on. The ultimate culmination of this was JLA/Avengers, which saw George Perez draw every single character who had ever been a member of both teams join forces in an epic mini-series that was a love letter to superheroes as a whole. But it was the last DC/Marvel crossover, and it’s now been 17 years. 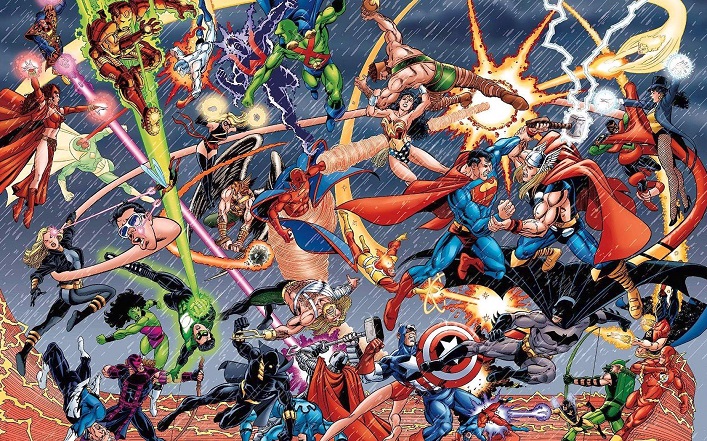 Today, thanks to Hollywood, both Marvel and DC heroes are worldwide icons, fueling the entertainment industry in large part. The comic book business is much smaller, but healthier than it was 25 years ago, but the spotlight on the characters is clearly not on the comics anymore. Because DC is owned by Warner Brothers and Marvel a part of Disney, a crossover in television or film is almost certainly off the table entirely. 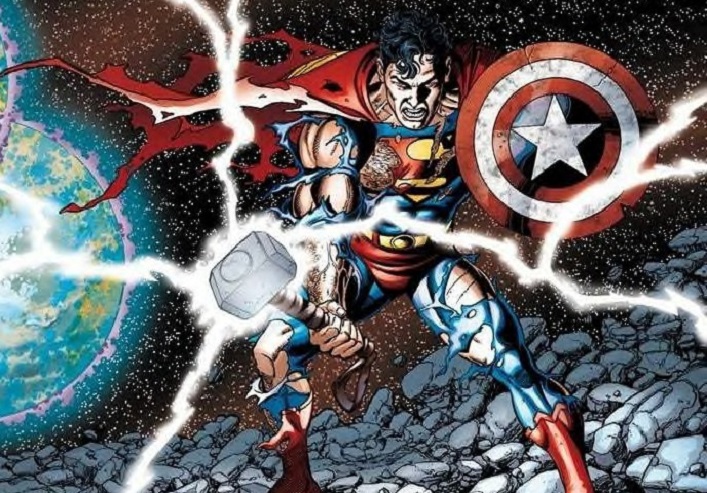 The only place we can ever get such an event now would be in the pages of comics. Want to see Thor and Superman fight Thanos? Or Batman and Spider-Man take on the Joker? Marvel and DC could provide that, and bring the focus on the comics side of things once again. This could have the potential to be huge, if done with the quality of JLA/Avengers or X-Men/Teen Titans, and remind fans that no matter how cool the movies and the TV shows are, there are just some things you can only get in the pages of comics.