At the DC Nation panel at New York Comic Con, DC Comics publisher Dan DiDio has revealed the first details on something fans have been waiting for for sometime now—an Ultimate DC Universe Timeline. In addition to teasing the new timeline, attendees of the panel were shown a chart depicting the timeline, though many entries were redacted. It’s currently unknown what form this new timeline will take, though it could be a new version of the classic History of the DC Universe miniseries. 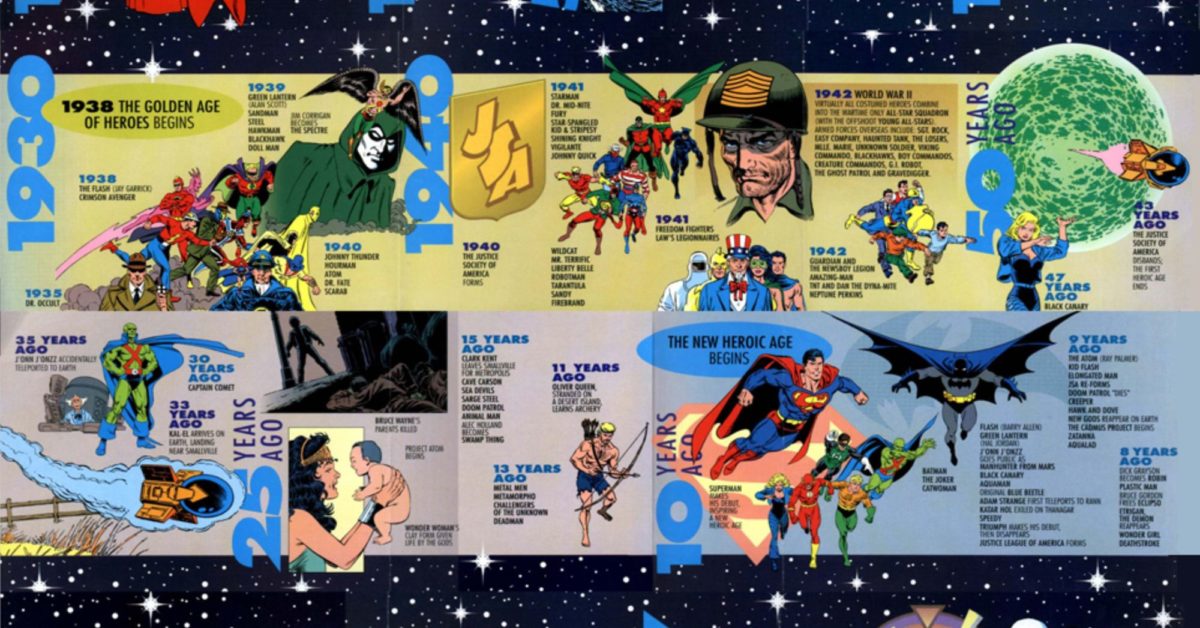 According to DiDio (via CBR), “We’re trying to organize our stories in a comprehensive way. This will be the basis of all DC Comics for the future. We don’t know what the future is, but what’s happening right now is a high level of planning… What we’ve done is identified the generations of DC Comics… we’re reintroducing aspects of our history back into it… What you see right now is a story that will be consistent.”

Unlike their biggest rival Marvel Comics, the DC Universe continuity has been, shall we say, a bit more fluid—especially when factoring in all the reality-altering events like Crisis on Infinite Earths and Flashpoint. DC is a universe that has reset its own history over four times in the past 35 years. The most recent history altering event occurred in 2011, when DC’s New 52 initiative happened. Some histories of characters remained largely intact—Batman and Green Lantern’s for example—others like Superman and Wonder Woman’s were totally altered. And not, as many believed, for the better. 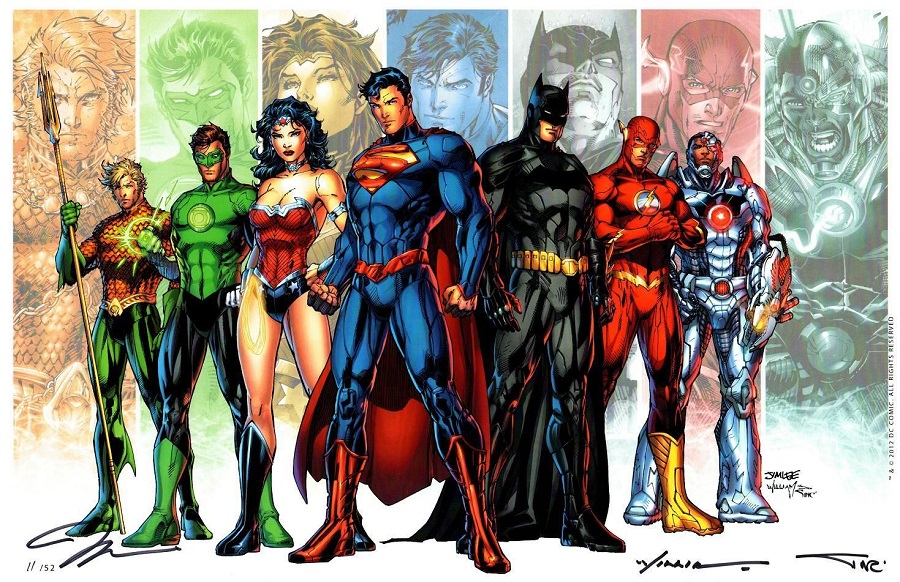 Writer Geoff Johns has been attempting to fix things these past few years. His 2016 Rebirth event brought back many classic elements from DC history that the New 52 did away with, while keeping some that were more popular and accepted. His currently running Doomsday Clock series used Watchmen’s Doctor Manhattan to explain many of the weird continuity glitches of the main DC universe, a universe which is now referred to as “the Metaverse.” But with one issue left to go, it’s still very confusing for longtime fans as to what did and did not happen in DC history. 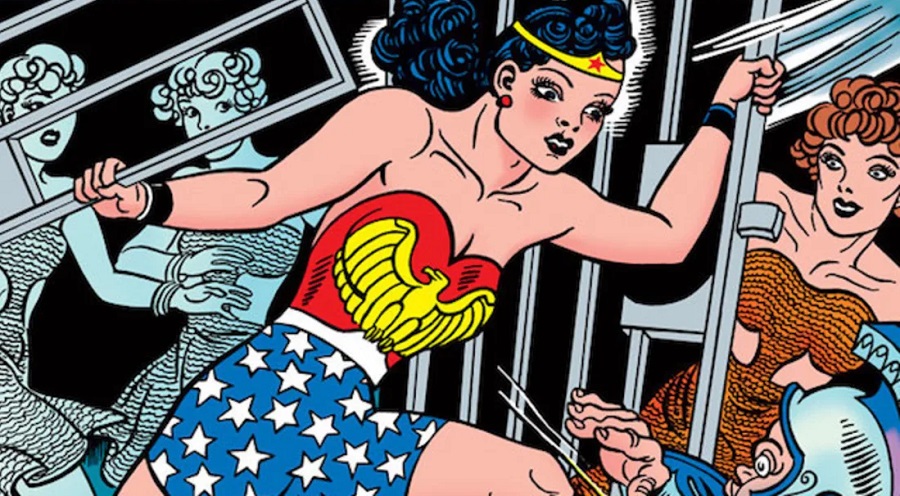 In the DC Universe timeline Didio showed at the panel, he explained DC history is now broken down into four “generations”. Generation one now features Wonder Woman as the first superhero on the scene, along with the OG super team the Justice Society of America. This keeps the original generation of heroes squarely in the World War II era once more.

Generation two begins with the arrival of Superman, and appears to feature the early years of the Justice League of America, along with other groups like the Teen Titans. As Batman and Superman have always been contemporaries, one would imagine Batman appeared first around this time as well. 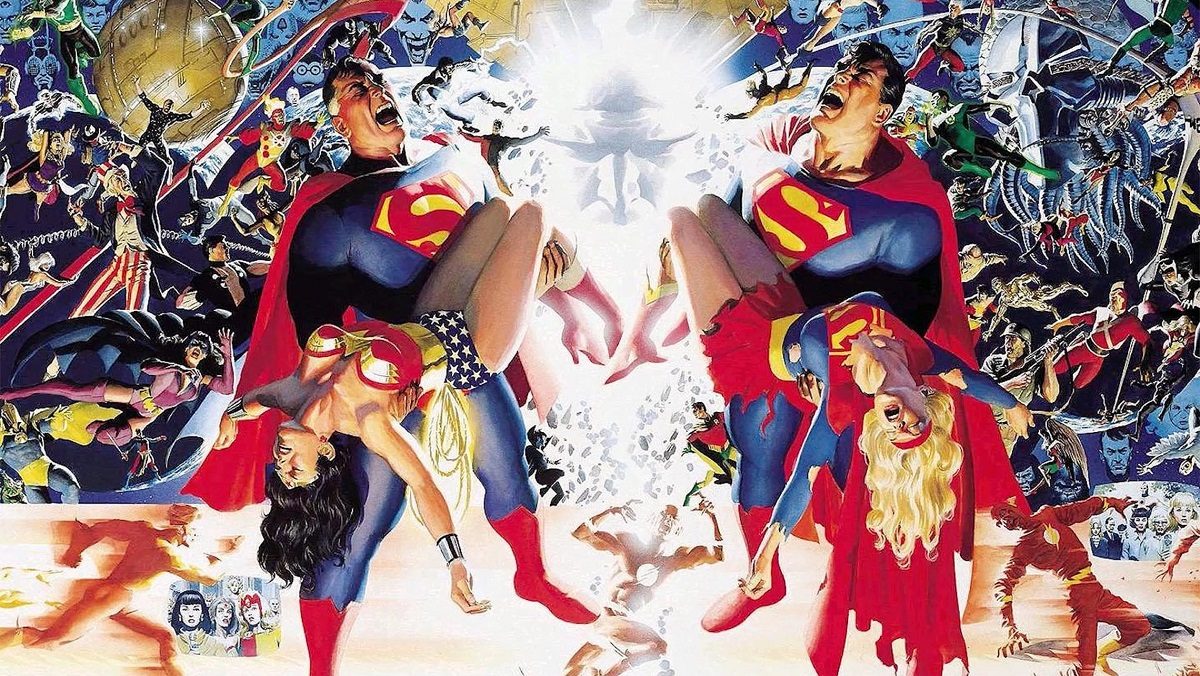 Generation three begins with events of Crisis on Infinite Earths. Following that, the chart shows major events like the formation of the Justice League International, the deaths of the second Robin, and Superman’s death at the hands of Doomsday. Events like Infinite Crisis and Blackest Night all seem to remain intact as well. 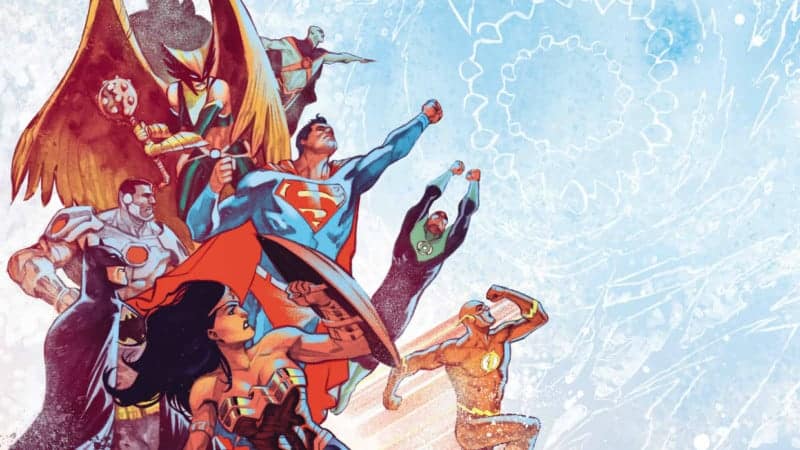 Generation four supposedly brings us to today, with comics like the current Justice League run from Scott Snyder. It also seems the Wildstorm characters are in play in the DC Universe proper once again, while current event the Year of the Villain is obviously still current continuity.

But certainly for longtime DC Comics fans, the implications here are pretty big. Whereas Rebirth kept a lot of the New 52 continuity in play, it now seems totally erased. Will DC truly concede defeat and delete all of them from history? It seems so, but many things are still unclear. Even certain Rebirth books that were critically acclaimed must now be out of continuity. Greg Rucka’s Wonder Woman relaunch placed Diana’s origin in modern times, but if she’s now DC’s first superhero, that could all be canceled.

Still DC’s continuity and history has been a hot mess for seven years now, and it goes a long way that the folks in charge are trying to fix things. A good story is a good story, but if they want to fans to invest in the overall universe, then the continuity has to make some kind of sense. And certainly for older fans, knowing that decades of classic stories “count” again will bring many back into the fold. But only time will tell how well they pull this off, or if this will be another quick fix that leaves holes in the history once again.