The House of X and Powers of X miniseries are in the midst of totally revamping the X-Men franchise for the next decade. Jonathan Hickman’s series are upending everything we knew about the history of Marvel’s Merry Mutants, and charting the course for what looks like a wild future. But both of these books are just the launching pad for a new run of ongoing X-Men titles coming this fall, under the banner Dawn of X.

The titles announced thus far include six new ongoing series with familiar names: X-Men, New Mutants, Excalibur, Marauders, X-Force, and Fallen Angels. Now, via The Hollywood Reporter, Marvel has released a new trailer for the relaunch, which you can check out below:

So what clues have we gleaned for this brief teaser? For starters, it looks like all the X-Men we saw die in House of X #4 are alive and well. (We have our own theories as to why that is.) But some notable X-Men who died in that issue are not a part of any of the line-ups as seen so far. Angel and Nightcrawler are nowhere to be found on any of these teams. Of course, both mutants have died and returned before, so I wouldn’t worry too much. But it seems they won’t be regulars on any of the upcoming titles, at least at first. 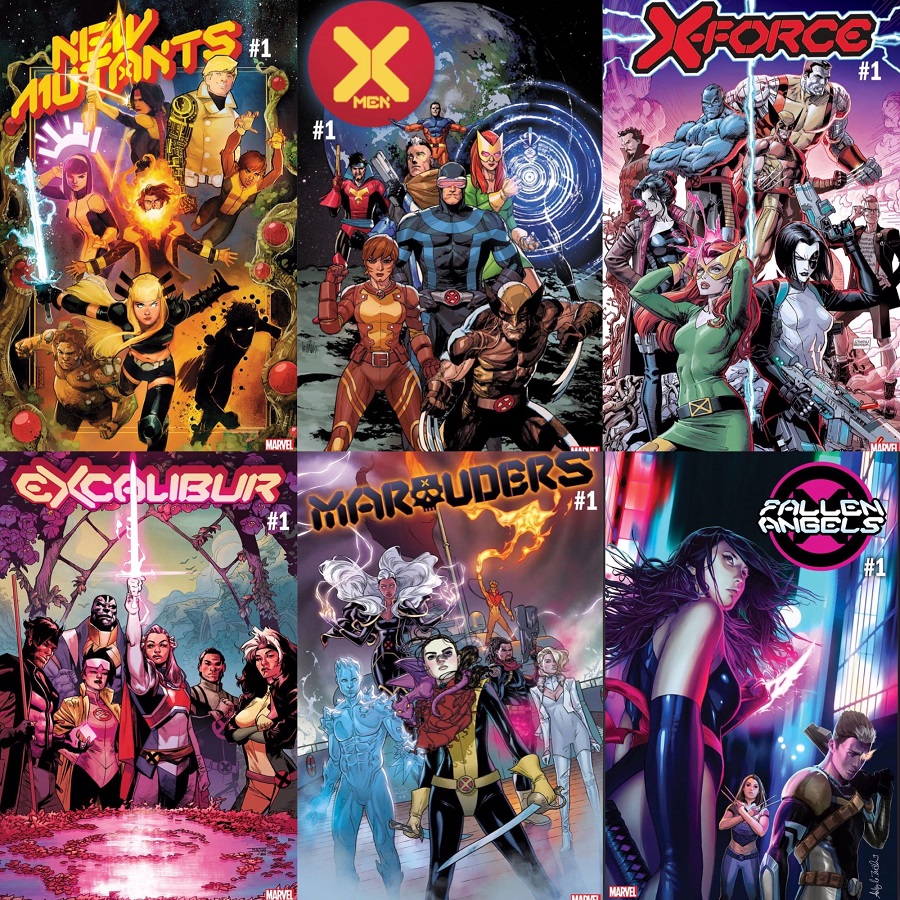 It also appears that we have not one, but two Psylockes. The original Betsy Braddock version will be in the newest iteration of Excalibur, taking the place of her brother Brian. But the better known ’90s iteration of Psylocke is in the book Fallen Angels, alongside Cable and X-23. It appears the assassin Kwannon is back, giving us two versions of the character. This is a throwback to the ’90s, when Psylocke’s mind was split between two women.

The biggest jaw-dropper among the team line-ups is that Apocalypse himself seems to be a member of Excalibur. Although some villains like Magneto and Mystique have gone back and forth between “good guy” and “bad guy” status for years, that has not been true of the single-minded and power hungry Apocalypse. What could make En-Sabah-Nur join one of Xavier’s squads? We’ll find out when the first of the “Dawn of X” titles go on sale in October.