Hallelujah, it’s a glorious time to be a Good Omens fan. For one, we’re all still enjoying life. The Apocalypse having been averted after the Antichrist Adam Young elected not to destroy everything. Then in 2019, Amazon gave us a fantastic adaptation of Neil Gaiman and Terry Pratchett’s beloved novel. And earlier this year, we learned the show would return for a second season. We’re getting an all-new story about our favorite angel and demon best friends. But praise Heaven—or Hell—or maybe both?—the good news just keeps on coming. David Tennant and Michael Sheen are also returning to their roles as Crowley and Aziraphale for a new full-cast Good Omens audiobook.

HarperCollins has announced (in news we first heard at io9) an original audiobook production of Gaiman and Pratchett’s novel about an angel and demon working together to avert Armageddon. Sheen and Tennant, the stars of Amazon’s Good Omens series, will also headline the full cast recording. Additionally, Gaiman will contribute his voice to the recording as himself. And Rebecca Front will serve as the story’s narrator. 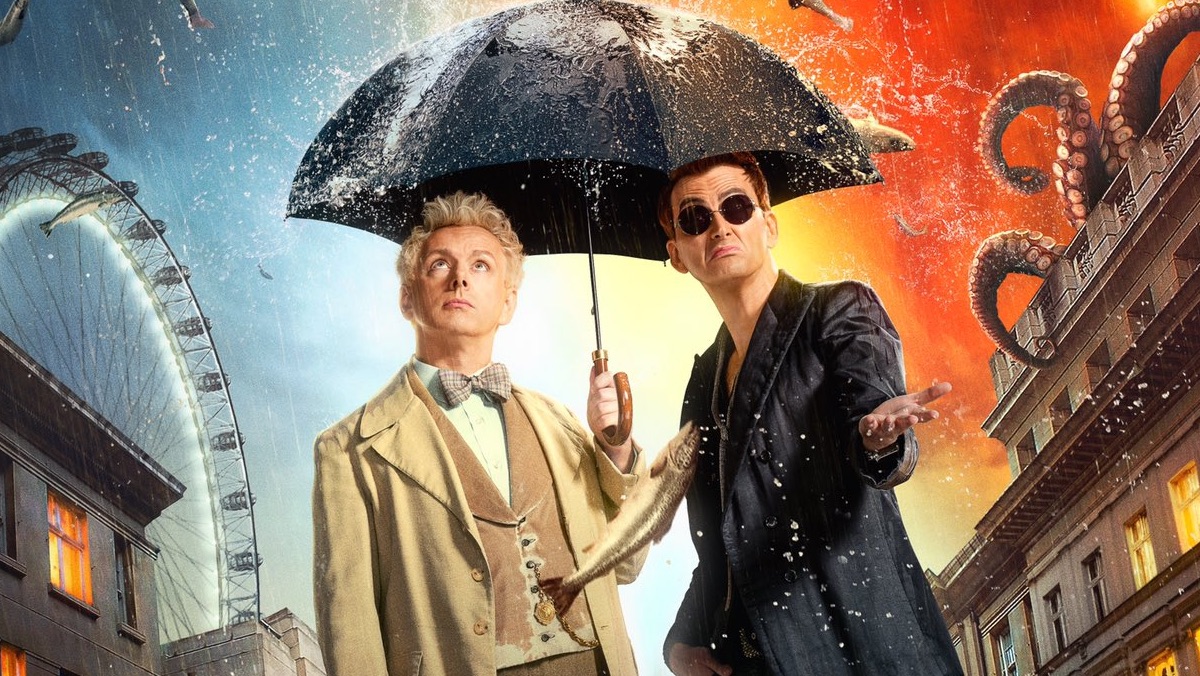 You can get the Good Omens audiobook ($28.99) at HarperCollins starting November 2. It will also be available on other audiobook sites. So long as the Apocalypse doesn’t actually happen before then. We can’t wait to hear David Tennant and Michael Sheen’s voices again. Now we just have to find out more about the second season of the show.