David Lynch Loses It When Producer Says Scene Is “Too Long”

The most Lynchian director David Lynch’s dark takes on Americana with films like Blue Velvet, Mulholland Drive and more are not for the faint of heart. But in real life, Lynch almost always comes across as an “aw shucks” wholesome kind of fellow. His cast always loves him, and there is very little footage of him losing his cool on set.

Well, except for that one time a few years back, when someone on-set asked him to perhaps make a scene shorter. And Mr. Lynch just kind of lost it. For the Eraserhead director, the length of a scene is irrelevant. You can watch the profanity-filled, NSFW outburst from the cinema legend right here:

The clip comes from YouTuber Maciej Remiszewski, via the folks at Boing Boing. But it originally came from the documentaries produced for Twin Peaks: The Return. When the long-awaited sequel to the ’90s cult classic series received a Blu-ray release in 2017, it came with a very extensive behind-the-scenes look. The clip is just one small part of Impressions: A Journey Behind the Scenes of Twin Peaks, 10 half-hour documentaries directed by Lynch’s friend and archivist Jason S. (Yes, just “S.”)

Funnily enough, the scene shot isn’t one that turned out to be particularly long in the end. Now, Twin Peaks: The Return did have one very long scene, with a janitor just sweeping the floor of the Roadhouse after closing time. All set to the tune of the iconic 1962  hit “ Green Onions.”  But the sweeping goes on for a whopping two minutes. Now there’s a long scene. Luckily, David Lynch got to keep it as is. No on-camera outbursts over that one recorded. Sure, it’s self-indulgent. But you gotta let Lynch be Lynch. 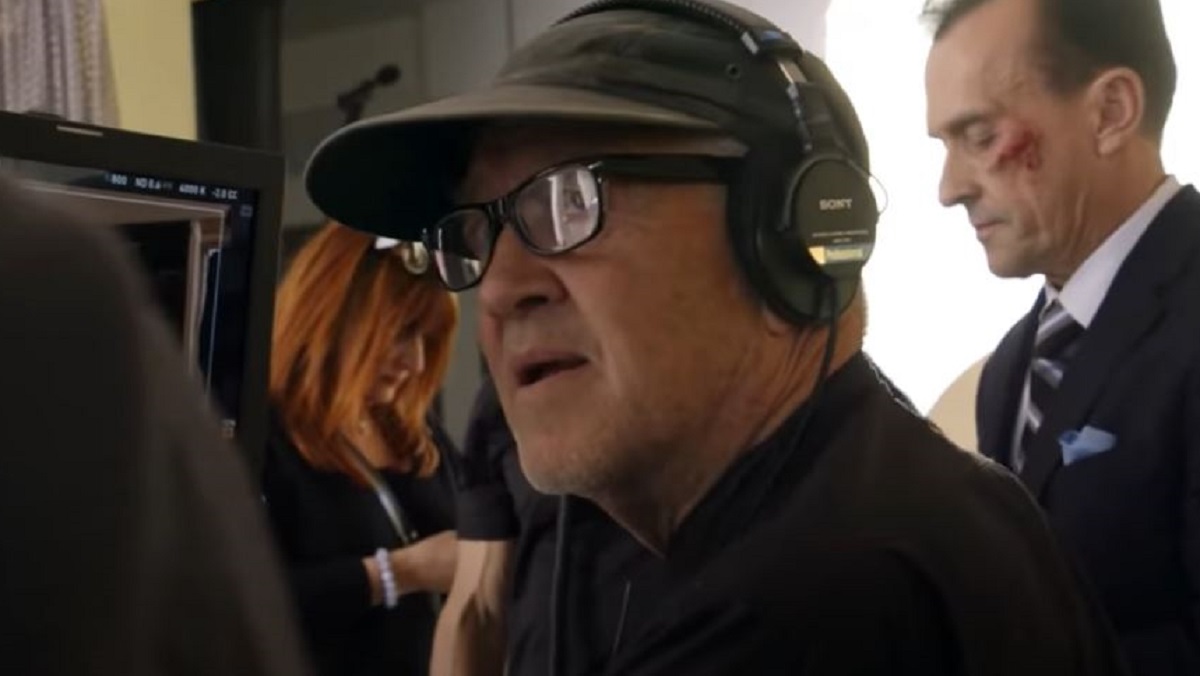 We’re not sure what Mr. Lynch has got cookin’ for the future. Besides his daily weather reports of course. A new Netflix series? A possible season four of Twin Peaks? Whatever it may be, we suggest allowing him to have scenes that run as long as he wants.