We don’t think anyone could have predicted a reaction like this, but it’s undeniable—audiences can’t get enough of the disturbing origin story of one of pop culture’s darkest characters. The gritty tale of how an iconic figure started as ignored nobody at the bottom of society’s barrel before making a name for himself on some pretty mean streets has been a cultural phenomenon. We know this anti-hero by a single terrifying name, a name that strikes fear in the hearts of young and old alike—Grouch, who got his very own Joker parody starring David Harbour on Saturday Night Live.

Director Todd Phillips’ Joker has been a juggernaut at box office’s around the world, having already taken in almost $200 million in the U.S. and a combined $500 million in global ticket sales—in just its first 10 days.  But this past weekend the movie truly crossed over into the main stream when it got an absurd Oscar the Grouch parody trailer on SNL starring host David Harbour. The Stranger Things actor played a mean garbage man who decides to embrace his love of trash after watching the moral and ethical decay of Sesame Street.

There’s so much going on in this sketch to appreciate it can be easy to miss everything the first time (like how Chris Redd is named Grover), which is why we can’t stop watching it. This is a spot-on recreation of Joker‘s aesthetic. Not only were some sequences filmed in the same spot, like the Grouch dancing on the exact stairs Joaquin Phoenix’s Clown Prince of Crime has already made famous, but the whole parody looks like it employed the same cinematographer as the film. What really makes it work though is how Harbour completely sells the whole thing by being totally, 100 percent committed to the role.

But as much as we love how it captured the feel of Joker and the dedication of its title character, we really can’t get over how the rest of the Sesame Street gang also made the switch over to a dark, gritty tale. Recasting Snuffleupagus as a pimp and Big Bird as one of his working girls is so wrong—just so, so wrong—and we kind of feel badly about laughing at it. Not badly enough not to laugh, but still…

However, our favorite part has to be Mikey Day and Alex Moffat as Bert and Ernie. Saturday Night Live has to find way more excuses to get Moffat’s Bert impression on the show (even if we are going to have nightmares about what the pair would look like in real life. 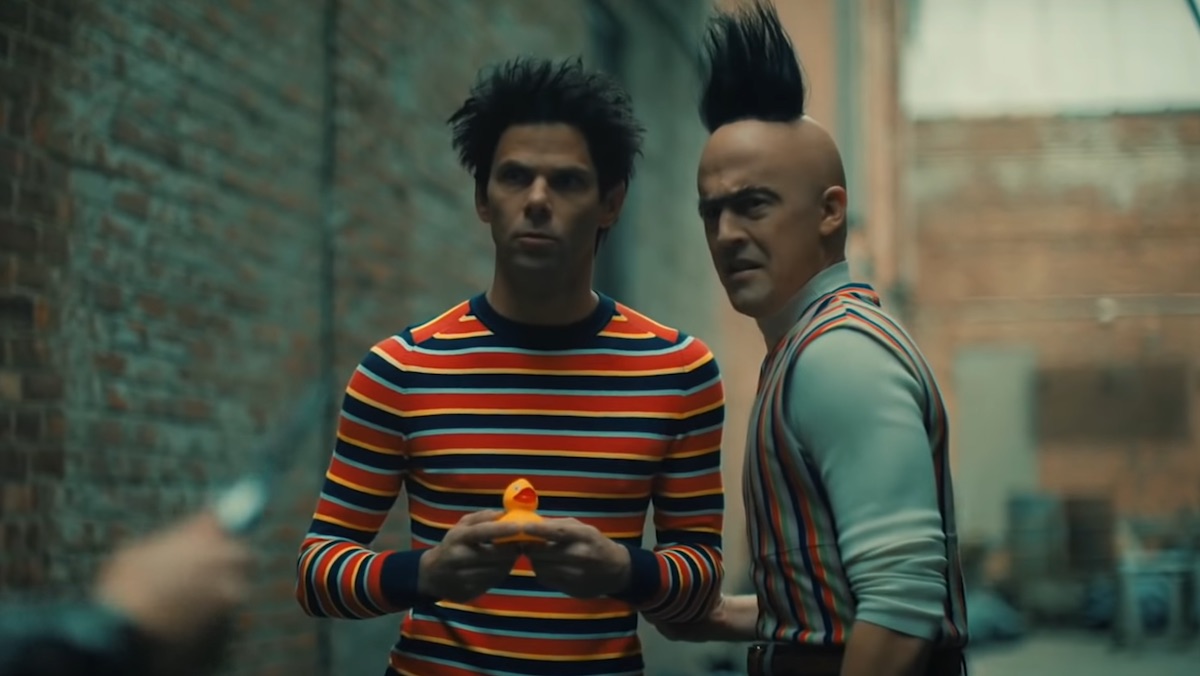 But we probably didn’t need an origin story for the Joker either, and that hasn’t stopped anyone from seeing it. And whether you loved it or not, without it we never would have had a chance to see this sketch, and imagine how much grouchier we’d all be without it.