In a way, it’s the perfect time for a TV adaptation of Snowpiercer, a story all about class division in the midst of a global crisis. The original story comes from the French graphic novel Le Transperceneige by Jacques Lob, Benjamin Legrand, and Jean-Marc Rochette, though most likely know Snowpiercer as the 2013 film adaptation from Bong Joon-Ho, starring Chris Evans and Tilda Swinton. It’s a story with legs and possibility, one that serves as allegory for the world we live in.

That eternal relevance is what drew actor Daveed Diggs to the TNT television adaptation of Snowpiercer. The Tony Award-winning actor best known for his work in Hamilton plays Andre Leyton in the series, a noble and compassionate resident of the impoverished tail section of a train that circles the globe amid a catastrophic snowstorm. A former detective, he is tasked with solving a murder mystery before panic can seep through the train and disrupt the careful social structure established by a mysterious figure named Wilford.

The first episode of Snowpiercer premiered this Sunday on TNT. Ahead of its debut, Nerdist spoke to Diggs about his involvement in the series, how the story echoes real-world events, and more. 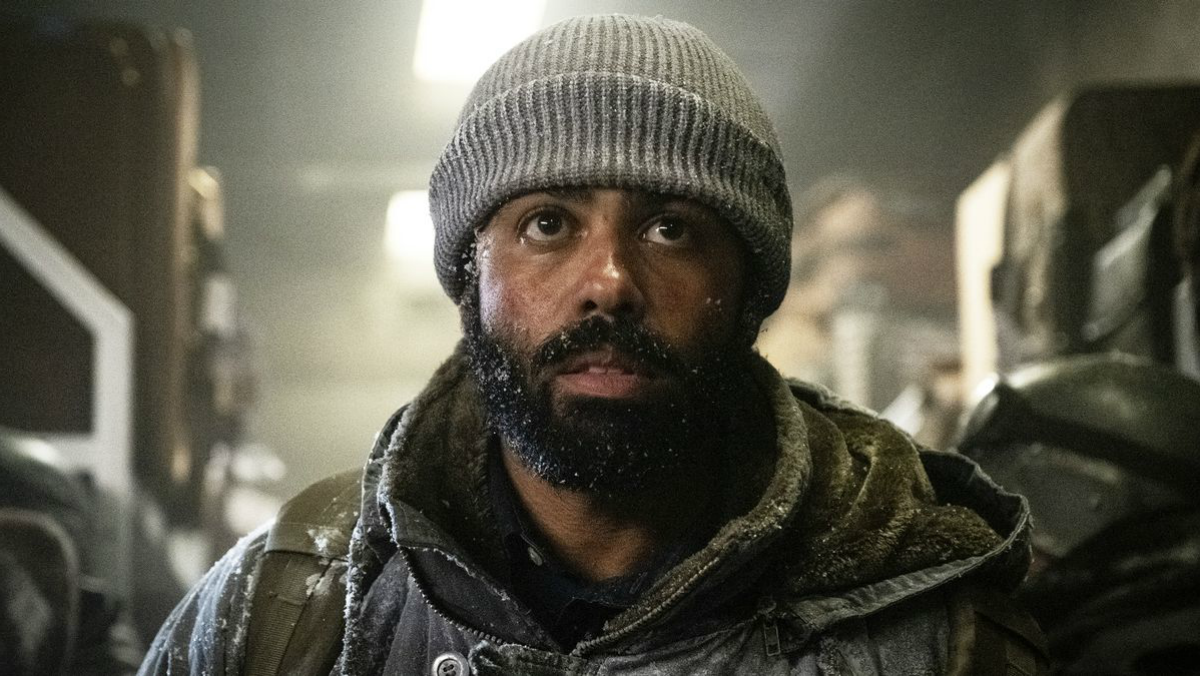 The film Snowpiercer is really beloved so I have to imagine there was some hesitation in getting involved with a TV adaptation. Did you have any reservations, and what was it that ultimately drew you in?

Daveed Diggs: Yeah, you know, you don’t want to mess up something that people love. I hadn’t seen [the movie] yet when I first got sent a version of the pilot, but I’d certainly heard about it. It was a quick Google search to realize that people who like this movie really like this movie. As a fan of things myself, fandoms are a little bit scary. [Laughs] You worry about disappointing them.

But watching the film and reading the pilot, I realized what was actually here was this opportunity to spend a lot more time in a world that the past two iterations have done a great job setting up. It seemed like an interesting challenge. And really, the thing that compelled me to say yes was that in the event of the success, I’d be all right to hang out in this world for a bunch of years. That’s the crazy thing about TV shows. You’re potentially saying yes to a large amount of your life. You end up being pretty careful about what you say yes to, to protect yourself in case it’s successful.

The murder mystery subplot of the show is something I wasn’t expecting but that feels like such a clever way to drive this version.

DD: It’s a good reason to get out of the tail. It’s not really a murder mystery for the whole show, but it is a good hook and a good reason to give Leyton access to the rest of the train. What I love about that, is that it allows us the audience to discover the train at the same time he is. We always get to have those moments of wonder when you walk into a space you haven’t seen before. 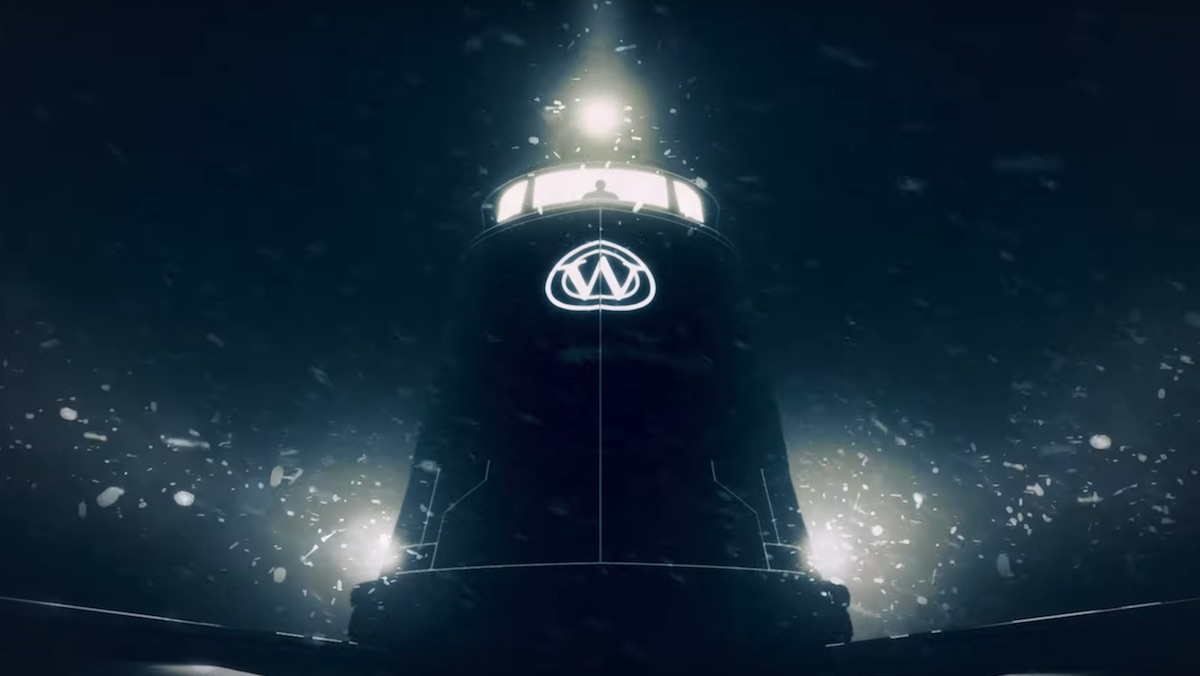 In the original graphic novel and the 2013 film, the idea of class division is central to the story. And that’s apparent here too. The wealthy people get the front of the train and all sorts of luxury, and the poor people live in squalor at the back. Especially now, as we’re all indoors and aware of the unfairness of who is allocated resources in a crisis, the timing of the show feels almost spooky. Is that something you’ve thought about?

DD: Yeah, definitely. Another attractive thing about the show is that it’s an allegory for our current situation. Even back when I first read [the pilot], it seemed particularly relevant. I think when you’re dealing with something that examines class, it’s probably going to always be relevant. I don’t see a time where we get away from that. But I think that this is a moment of crystallization. [ The COVID-19 pandemic] is so widespread, and the whole world is participating in it to a degree. It’s as obvious as a linear train. That’s the smart thing about setting this story on a train. It’s a straight line and it’s easy to track the effects of things. If the class structure is assuming a distribution based on the train’s resources, you can see plainly how it’s broken.

We are all in a moment where we can see things like that, because you know that your stimulus check hasn’t come yet. I was offered COVID tests when I know that no one could get them. That’s a function of class and privilege. That seemed horrific to me. Why shouldn’t everybody be able to get these? It highlights this discrepancy of resources, when I can look at the news and it tells me that if you are asymptomatic, you can’t get a test. But I could make a phone call and get a test today, and that’s a function of my class.

That’s something that came up a lot in the early days of COVID-19. All of these celebrities testing positive and the realization that it’s simply because of their access.

DD: We’re connected. They’re separate societies. And that becomes more obvious in moments like this, when you’re confronted with the inequity of things. I think the train is obviously setting that kind of thing up, too. 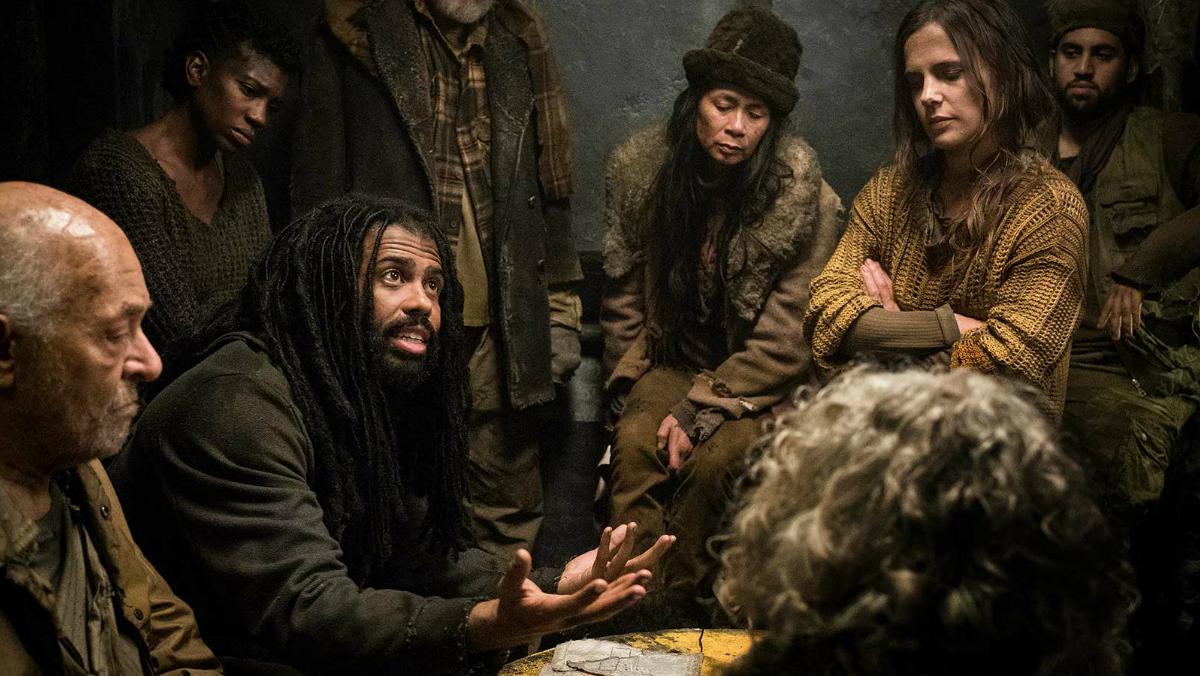 You mentioned that the show uses Leyton as our eyes and that we discover the train along with him. I know Snowpiercer went through some changes. Has his character evolved over the time when you were first involved?

DD: He’s evolved for sure. His foundation has been pretty consistent. He’s immensely concerned with the future of his people in the tail and he has a very stern moral compass that is constantly getting challenged. That’s one of the other things I really like about him. He is forced to make decisions that he didn’t know he was going to have to make. Playing someone like that is fun and difficult. The show does its best to trace everybody’s decisions, and when you do that, you don’t really get this heroes and villains thing. It feels a little more true to life, where you’ve got a bunch of people with different kinds of information who are all making localized policy decisions.

That’s something you really see with Melanie, Jennifer Connelly’s character, where everyone else seems judgmental of the tailies and she has more sympathy. There are a lot of interesting layers there. What’s it like working with her as an actress and within those character dynamics?

DD: Jennifer’s unbelievable. She’s really crazy good. I love working with people who are better than me. [Laughs] I learned something different every time I got to do a scene with her. She’s also, apart from being incredibly talented, one of the more prepared people I’ve ever worked with. She shows up to work, and knows the scenes backwards and forwards, and has blocking ideas. That’s good because you can’t really slack off in a scene with her. You also have to show up prepared.

The dynamic between the two of them is something I love, because they both grow to respect each other pretty quickly even though they’re both trying to use each other. It’s a complicated relationship and it only gets more so as it goes along because they also need each other. Their beliefs are challenged very directly by each other’s existence. 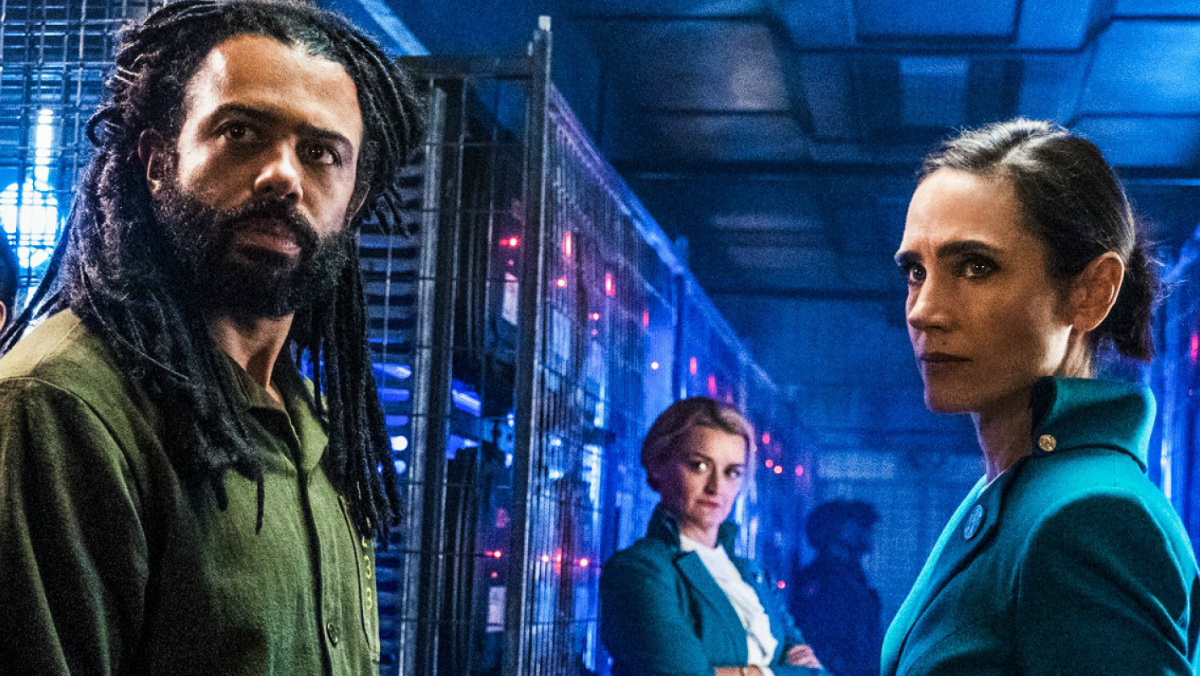 A lot of people associate Snowpiercer with the film’s director, Bong Joon-Ho. It’s obviously been a big year for him, and he’s more famous than ever. What’s something from him that’s found its way into the show version?

DD: Something that we were really trying to capture was the sense of propulsion. In the movie, it really feels like you’re on a runaway train. It is flying. So we try to mimic that, that feeling of the breaks coming off and things spiraling out of control. The other thing that he’s brilliant at across his work wrapping an examination of class up in something that is deeply personal and human and not didactic at all. We get to watch people live and yet [his films] always point us at these bigger questions. The series is trying to accomplish that is well. But that is a very difficult thing that Director Bong is a genius at. It’s basically just cool to have something I’m working on mentioned in the same breath as things that he’s done. That’s enough for me.

I’d be remiss if I didn’t bring up Hamilton. Especially now, when it’s not possible to experience live musical theatre, the memories of Broadway shows and the soundtracks are an extra source of comfort, because it’s almost nostalgic. What does it mean to you to be a part of this cultural thing that really helps people through moments like this?

DD: It’s nice to be part of something that people see as useful. All artists want their worked to be used. If you make something, you want people to see it, but not only that—you hope that in the act of bringing joy, it is useful for somebody’s life. Because of the popularity of that piece, it’s been one of those things for a lot of people. That’s cool, it’s so cool to be a part of something that so many people continue to find their way into and think of that way. I’m proud of the thing we made.