Bong Joon Ho On Capitalism, Musicals, And The Global Appeal of PARASITE - Nerdist

Bong Joon Ho On Capitalism, Musicals, And The Global Appeal of PARASITE

There are some stories that transcend their country of origin and their place in time. Stories that find eager audiences all over the world, who relate to it in a primal, intimate way—terrified of its societal potency. Parasite, the newest film from South Korean director Bong Joon Ho, is a prime example of art taking up that mantle. It’s a movie about family and class, and the way money bleeds into our very nature, informing our perception of the world around us. Fans of Bong who are familiar with films like his international breakout hit The Host, or his English language movies Okja and Snowpiercer, will know that class division is a subject that crops up over and over in his work. It’s something that—in a conversation with Nerdist at Fantastic Fest last month—he said isn’t premeditated so much as a topic that comes to him naturally.

“If you think about Snowpiercer, it’s based on a French graphic novel that came out in the ’80s, and so people were already exploring class at that time,” Bong explained (via translator). “We live in this age of capitalism, and I think artists and creators have consistently explored this theme. So I don’t consider myself special.”

Parasite follows the impoverished Kim family, who slowly integrate themselves into service roles for the wealthy Parks. But their scheming ways—which are portrayed with a blunt hilarity that gives the film its black comedy edge—aren’t without consequence. We won’t say more than that, as the whole fun of Parasite is experiencing it unspoiled. But that juxtaposition between the poor and the rich—and between the lives of these parallel families—is a story that’s been with Bong for years, since he tutored a wealthy family as a college student, taking mental notes that would eventually weave their way into Parasite‘s narrative.

“I have very vivid, trivial memories from that time,” he told us, adding that the idea blossomed from its basic premise in 2013 to a 12-page story treatment that he wrote during pre-production on Okja. For a while, the working title was “Double Quartet”—referencing the Kims and the Parks, who are each compromised of a father, mother, son, and daughter–but the name Parasite eventually emerged as a figurative title with many possible interpretations. One read is that its referencing the parasitic nature of capitalism, a theme that Bong said is why he believes the film—which won the prestigious Palme d’Or at the Cannes Film Festival in France earlier this year—has had such international appeal.

“Compared to all my other films, Parasite in particular I think is the most universal story, and no matter where it screens, which country or festival, the audience response has been pretty similar,” he explained. “I think that’s because, while on the surface the film features very Korean characters and details, in the end it’s as if we’re all living in this one country of capitalism.” 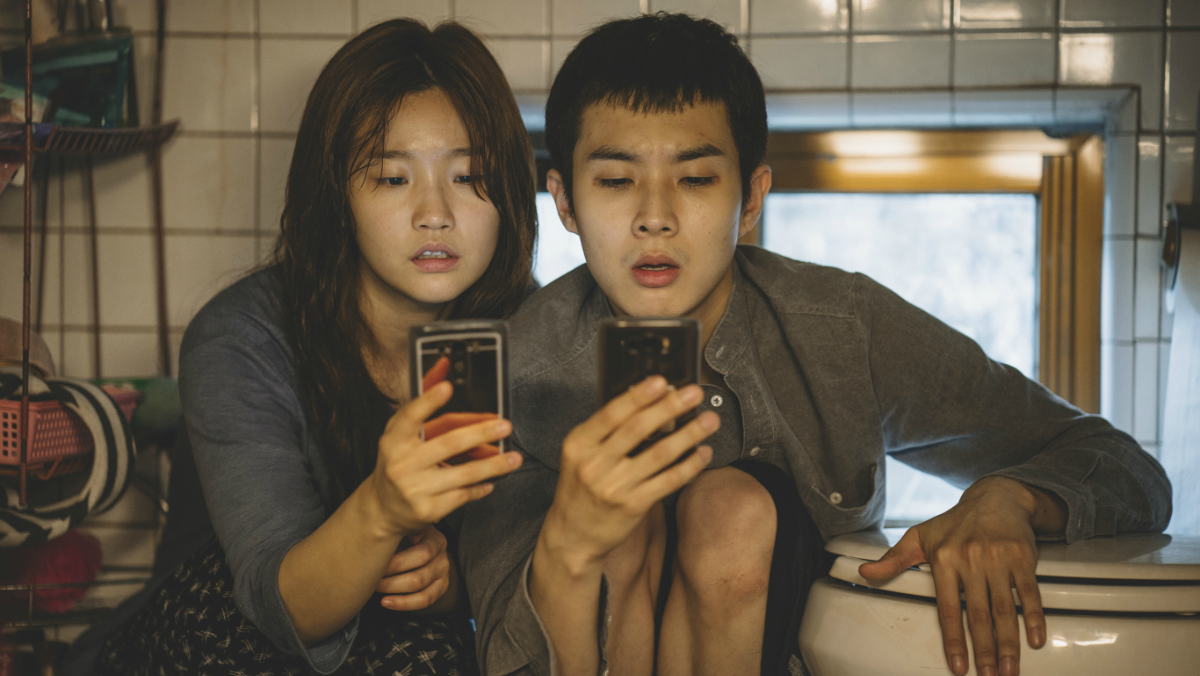 The film is currently enjoying enormous success as it continues to play film festivals and open in cities around the world, and could very well be the first South Korean picture to get nominated for a Best Foreign Language Film at the Academy Awards—or even break into major categories beyond the “foreign” distinction. With that comes a lot of pressure, but Bong said he’s choosing to view the promotional tour as an opportunity to meet audiences and cinephiles across the globe, and calls that aspect of it “very exciting.”

As for what’s next for the director, now that he’s so firmly in the international spotlight, Bong—who’s dabbled in various genres—says he’d like to try his hand at a musical, even though he finds the prospect daunting. “When I watch musicals, I’m like, ‘How in the world are they doing that?'” he admitted with a laugh. “I feel very scared when I watch people who are great at dancing and singing.”

With a career as diverse and impressive as Bong’s, we feel pretty confident that he’s up for the task.