Recently on Disney XD’s DuckTales, the gang spent a couple of days in St. Canard and Launchpad (Beck Bennett) hung out with his old buddy Drake Mallard, a.k.a. Darkwing Duck (Chris Diamantopoulos). During the two episodes, they met Gosalyn (Stephanie Beatriz) and became a crime fighting team. They even took on classic Darkwing villains Megavolt, Bushroot, Liquidator, and Quackerjack. The whole time I kept saying “Boy, this is so great, I hope they do a proper Darkwing Duck reboot series.” 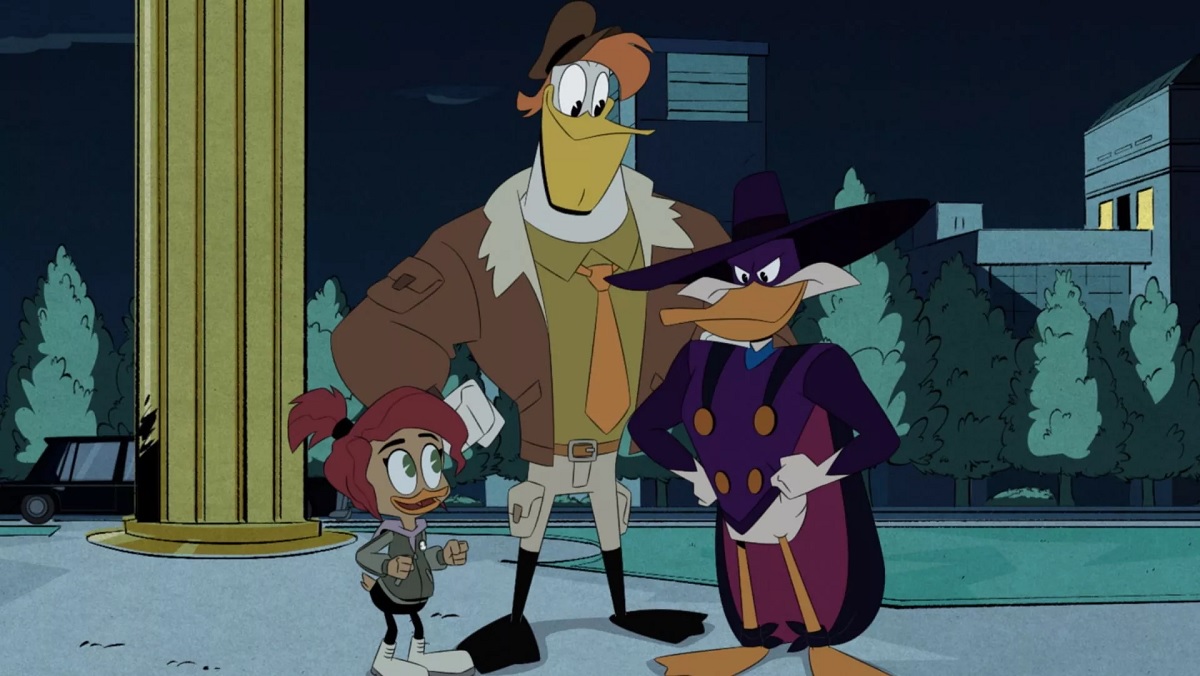 Friday, Variety reported Disney is in fact doing a proper Darkwing Duck reboot series. According to the outlet, no writer is currently attached to the project, “but sources say it will be executive produced by Seth Rogen, Evan Goldberg, James Weaver, and Alex McAtee.” Whether Rogen and Goldberg will have any other role beyond producing is also not known. The series, according to Variety, will be a Disney+ series rather than Disney XD like DuckTales.

The original Darkwing Duck ran from 1991 to 1992 with a total of 91 episodes on ABC and the syndicated Disney Afternoon block. A seeming spinoff to the original 1987 DuckTales series—Launchpad McQuack was a main character, and Gizmoduck made frequent guest appearances—Darkwing Duck‘s creator Tad Stones maintains the shows are not in the same universe. Even though we categorically disproved that.

Since the DuckTales reboot in 2017, the series has garnered a lot of praise from fans for its visual and writing. It also boasts a talented voice cast including David Tennant; Ben Schwartz; Danny Pudi; Bobby Moynihan; Kate Micucci; Beck Bennett; and Toks Olagundoye. One would hope the guest cast for the Darkwing episodes continue through to the spinoff; Jameela Jamil as Darkwing’s super computer was an excellent touch, as is Jason Mantzoukas as Steelbeak, who has appeared several times on DuckTales, though not on the backdoor pilot episodes. 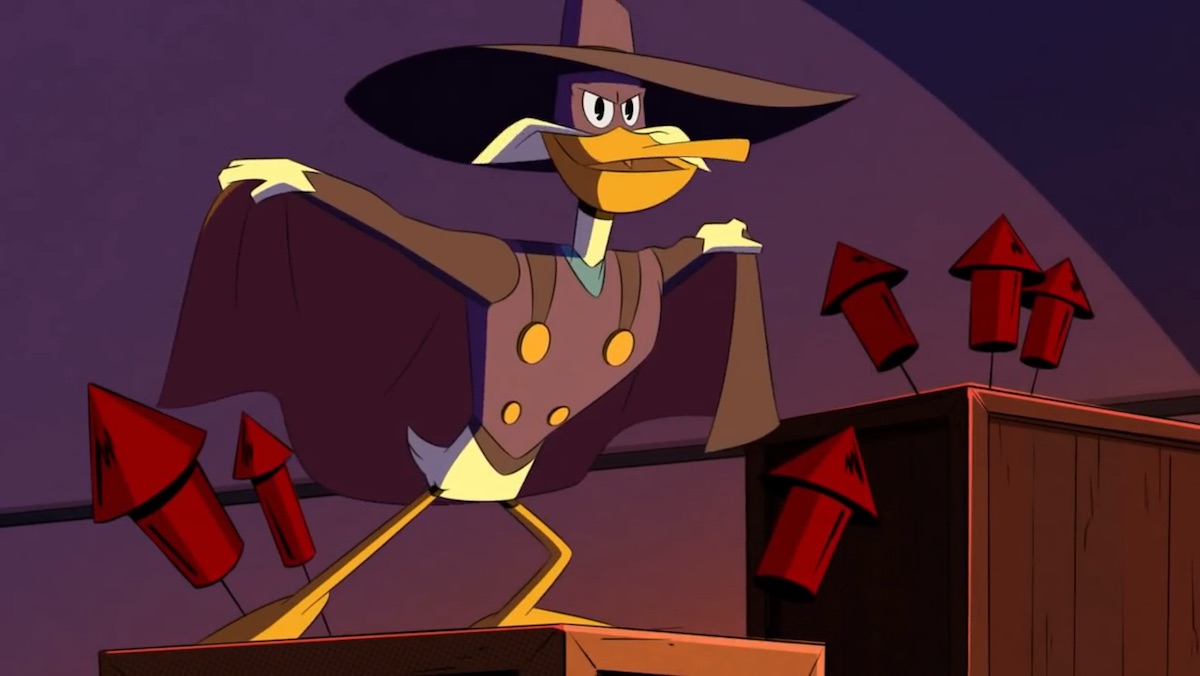 We’ll keep you up to date on any further announcements about Darkwing Duck, the terror that flaps in the night. For now, we can hope it keeps the same level of care and humor that made DuckTales such a wonderful and surprising return to form.