The majority of you reading this only know Danny Elfman as one of Hollywood’s leading composers. His scores for Tim Burton’s films, not to mention the original Spider-Man series, have earned him a place among the most prolific film composers of the last thirty years. But before all that, Elfman was a legit rock star. Now, via Entertainment Weekly, we’ve learned that Elfman has released “Happy,” his first new piece of non-score music since the breakup of his band Oingo Boingo 25 years go. It’s also Elfman’s first solo pop song in 36 years.

If you’re wondering if the song was specifically designed with the year 2020 in mind, then your suspicions are confirmed. Elfman said “The cynical nature of the lyrics echo how I feel about living in a semi-dystopian world turned upside down”. Coachella 2020 is where “Happy” was to make its debut, but its cancellation due to COVID-19 killed those plans. Luckily, Elfman decided to release it anyway.

Appropriately enough, the video to go along with the song is also pretty disturbing. The animated image of Elfman’s face, contorts itself into all kinds of bizarre tableaux, will likely stay in your head for some time. And the song itself is kind of like the earworm from Hell. Well, we expect nothing less from the man who gave us songs like “Dead Man’s Party,” “No One Lives Forever,” and is the singing voice for The Nightmare Before Christmas’ Jack Skellington. 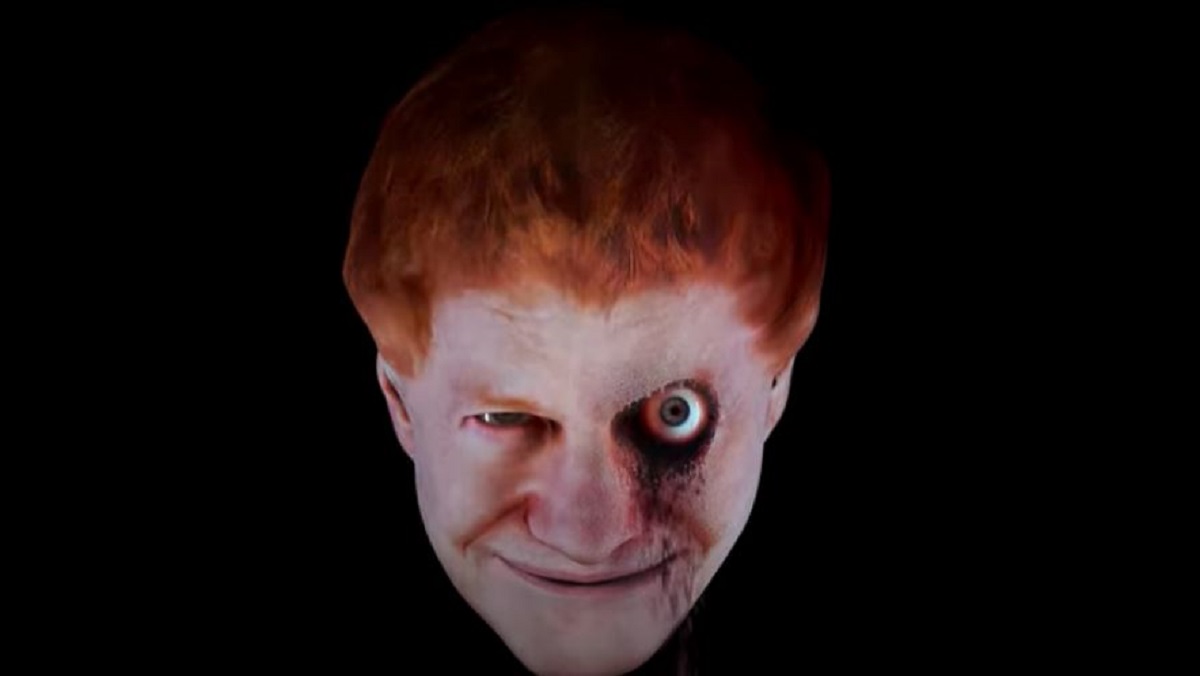 Before becoming famous as one of the best film composers in the movie business, Elfman was the frontman for the rock group Oingo Boingo. Even though Boingo broke up back in 1995, their cult following has remained loyal and strong. To many people around the world, Boingo was a little-known ska/punk/new wave band, best known for the theme song to the movie Weird Science. But in Southern California, due to the influence of alternative radio station KROQ, Boingo was simply huge. Their Halloween night concerts were an annual tradition, and packed thousands. Here’s hoping it’s the first of many more Boingo-esque solo tracks to come!