Daisy Ridley is just like anyone else. Well, minus the fact she’s a famous celebrity best known as an incredibly powerful Jedi. Aside from all that though? She really is a lot like us! Or at least she is when it comes to her favorite movie. Ridley grew up, and remains, a superfan of Matlida, something she has never been shy about sharing. Now her very public love for the film has paid off. Star Wars‘ Rey got a surprise visit from the star of that kids’ classic, Mara Wilson. It went exactly like it might if Ridley’s own biggest fan got to meet her. There was a whole lot of shock and a whole lot of swearing.

Ridley was a guest on Comedy Central‘s digital series Stir Crazy with Josh Horowitz. She was there to discuss her upcoming film with Tom Holland, Chaos Walking. During the interview,, Horowitz said he wanted to test Ridley’s knowledge of her favorite film, 1996’s Matilda, the big screen adaptation of the Roald Dahl classic. What Ridley was not prepared for was that Matilda herself, Mara Wilson, would be joining the virtual interview to give the test herself. What followed was Ridley totally geeking out in disbelief. (The Matilda section starts at the 4:28 mark.)

We mean this in the best, most sincere way possible: Daisy Ridley is such a wonderful nerd. Her reaction was delightful and genuine. It was so great that we’re bummed this meeting happened online. How might she have reacted to meeting Mara Wilson in person? Would she have wept? Would she have hugged the Matilda star so tight that Mara Wilson wept for a totally different reason? We must know! 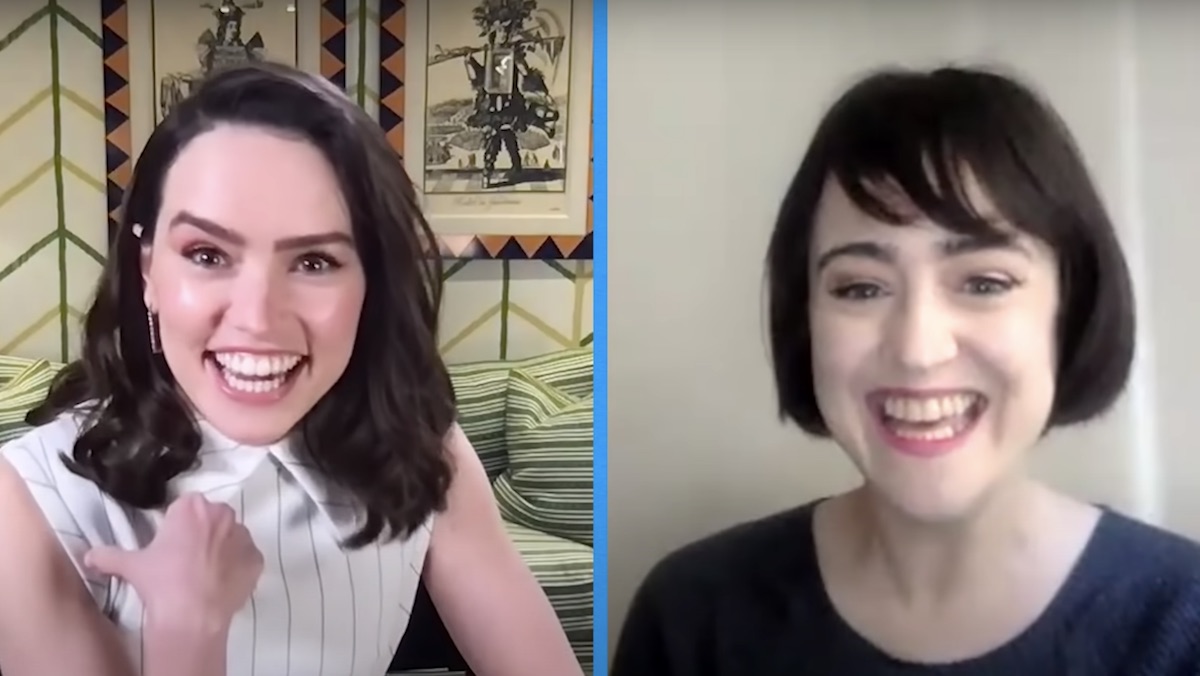 This fantastic virtual meeting also doubles as a great lesson for all movie lovers. One that is true whether you star in them or not. Make sure you’re ready to meet your favorite performers. Not because you might act like an overwhelmed goober. But because you’ll want to be prepared if they start quizzing you.