By the mid-’60s in Japan, television was destroying movies in a big way. Since the 1964 Tokyo Olympics, almost every Japanese household had a TV, and they were watching it nonstop. Some stations started paying top dollar for movie-style spectacle for the small screen. This led to Tsubyraya Productions’  Ultra Q and  Ultraman, both in 1966. Toho’s  Godzilla franchise had to promise bigger things on smaller budgets. Meanwhile, rival studio Daiei’s little franchise that could, Gamera, was only just beginning. And yet Daiei weren’t content with their hyper violent kids monsters movies; for a brief and fascinating span of about eight months, the Daimajin trilogy reigned supreme.

The Daimajin trilogy has been something of an oddity since its creation; the new Arrow Video Blu-ray release is the first official release in the UK and one of only three ever home releases in the US. The titular monster—a giant statue of a god which comes to life to defend those who worship it—is an impressive sight. I’d never seen these movies prior to this release, and I was surprised at how much they held my attention in the lead-up to Daimajin’s eventual awakening. These are proper period samurai dramas… and then a monster shows up. What? And how?

Up to now, the kaiju films all dealt with monsters borne out of atomic mutation or the lone remnant of some long-extinct species. They may have had mystical or alien aspects to them, but they were very clearly animal. Daimajin, by contrast, is a demon god from the mountains in Japanese folklore. It’s an idol that comes to life only to exact revenge on those who profane his name and his followers. And, chiefly, all of the Daimajin movies take place in the past, unlike the very modern Godzilla or Gamera movies. 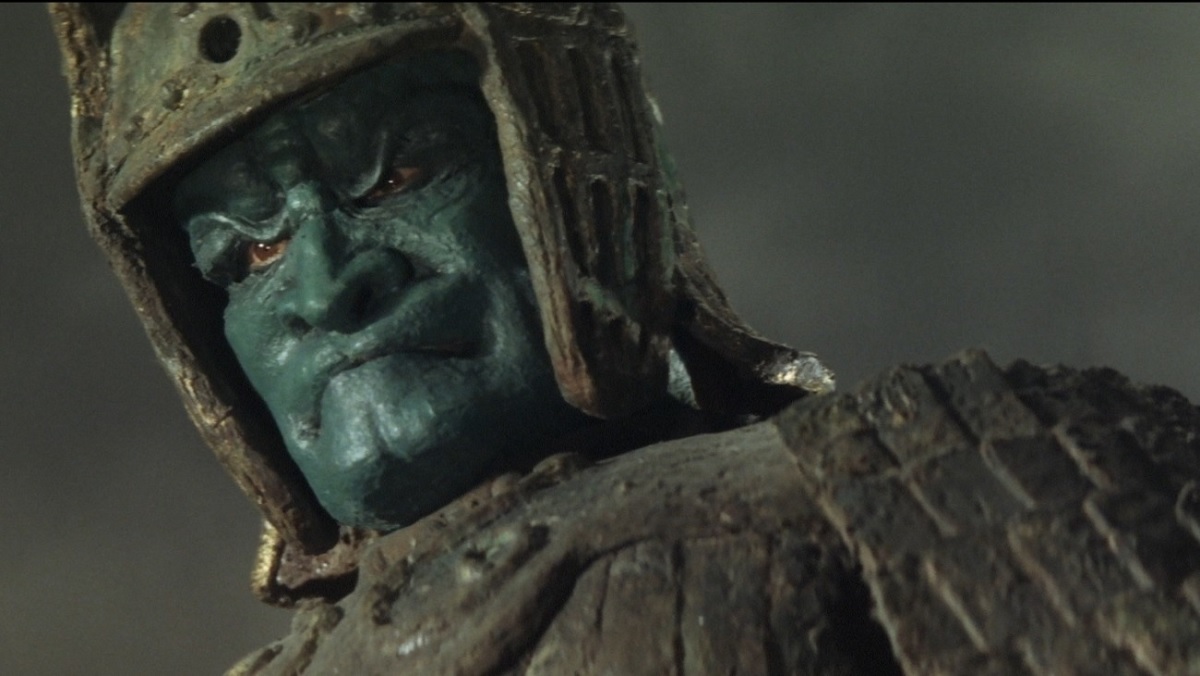 The first movie, Daimajin, sets up a struggle between an enslaved village and the tyrannical warlord who overthrew their previous ruler. The warlord’s legions, in an effort to quell a growing unrest and potential revolt, deface the statue of Daimajin. When one of the young peasant girls prays to the demon god for help, the statue comes to life and crushes the warlord with ruthless swiftness, and a fair amount of collateral damage to the town.

The movie is only 83 minutes long, and—true of many kaiju movies—the titular giant doesn’t awaken until the last 10 minutes or so. This obviously lessened the cost of the effects work and maximized what director of photography Fujio Morita and effects wizard Yoshiyuki Kuroda could do. The effects and trick photography are truly some of the best of the era. The rest of the story plays out like a typical samurai or Edo-period drama. Very well done, naturally, but not what you’d expect for a big spectacle kaiju parade.

But this was more about what Daiei had available to them. They made a lot of samurai movies in the period, had many directors and actors under contract, and could easily pluck whoever wasn’t working on anything else to make these three films. The original Daimajin‘s director, Kimiyoshi Yasuda, was a veteran of sword pictures; he directed six films in Daiei’s now beloved Zatoichi series. The studio as a whole made these movies like crazy, so why not merge them with the kaiju movie, one of the few things (at the time) that people couldn’t get on TV?

It’s clear Daiei and its president/the trilogy’s producer Masaichi Nagata wanted to get in on the craze before it started to go bust. They had only just made the first Gamera movie in 1965 and had a sequel, Gamera vs. Barugon, in the works. Daiei produced Daimajin to be GvB‘s backup feature for a kaiju double-bill. On April 17, 1966, both films debuted in Japanese cinemas… and flopped pretty hard. It would be a whole year before the third Gamera movie would come out.

Luckily, they already had two more Daimajin movies in the works. See, what is so especially strange about this trilogy is they were, effectively, produced back-to-back-to-back. Each movie had a different director, each of whom was an absolute pro. After Yasuda wrapped up the first one, duties for the sequel went to Kenji Misumi. Misumi was also a veteran of the Zatoichi series (he even directed the first one), and would go on to direct the majority of the Lone Wolf and Cub movies in the ’70s. Kazuo Mori, another stalwart director of Zatoichi and samurai fare, would direct the third Daimajin film. 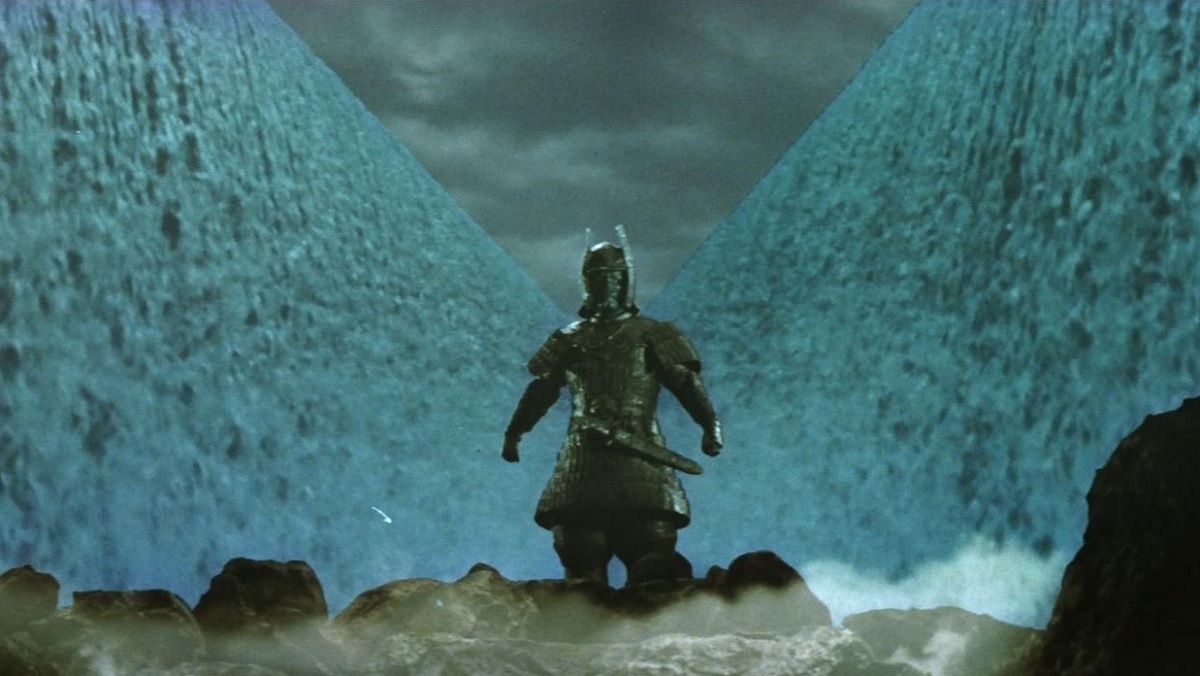 Return of Daimajin, which came out in August 1966, had a completely different cast to the predecessor, but followed a very similar story. Peaceful villages fall under the thumb of an evil lord; the peasants flee to the Daimajin statue (in this one, it’s an island); they pray to it; it comes to life at the end and kills the baddies. Wrath of Daimajin from December 1966 focuses predominantly on a cast of children on a journey to ask Daimajin to free their (you guessed it) peaceful village from the evil lord who has enslaved all the fathers for slave labor.

The screenwriter for all three movies was Tesuro Yoshida, all he basically did variations on a theme. While I didn’t particularly care for the third movie (little kids, get out of here), the other two are very compelling dramas. And in each movie, the sequences of Daimajin’s attack are chilling and spectacular. Daiei may have been trying to catch up to Toho, but they made the smart decision to hire legendary composer Akira Ifukube—who did the music for all the Godzilla movies at the time—to score the Daimajin movies. 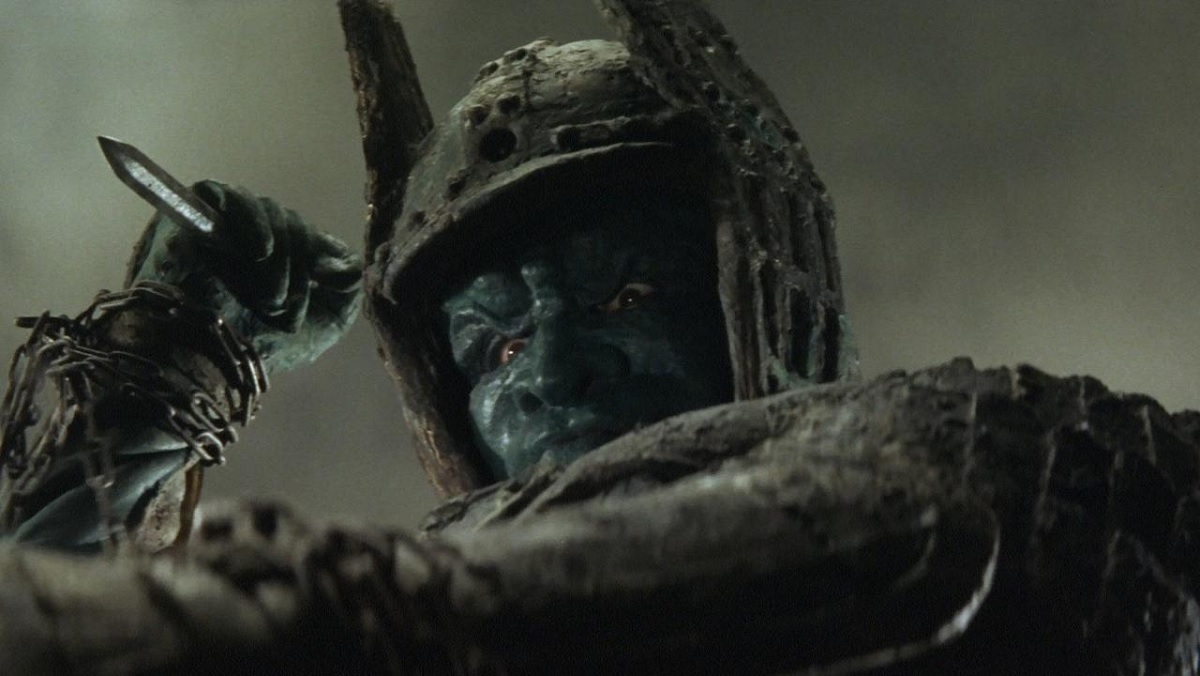 I should absolutely call out actor Riki Hoshimoto, who played the titular monster in each of the three movies. The costume was reportedly incredibly heavy, but his movements, his poise really make the character feel real. Not to mention his eyes! In the creation of the costume, they specifically wanted to utilize the real human eyes of the suit performer behind the grotesque mask. It adds a level of intensity that the puppet eyes of other kaiju could never match.

And then they were done. No more Daimajin movies. Three movies, all in the same calendar year, all of a very high quality of production, came, did their thing, and left. While the first movie made it to US theaters, the sequels only ever made it overseas as part of the same AIP television package that redubbed the Gamera movies. They even screwed up the titles of them, confusing people as to which they were actually watching. 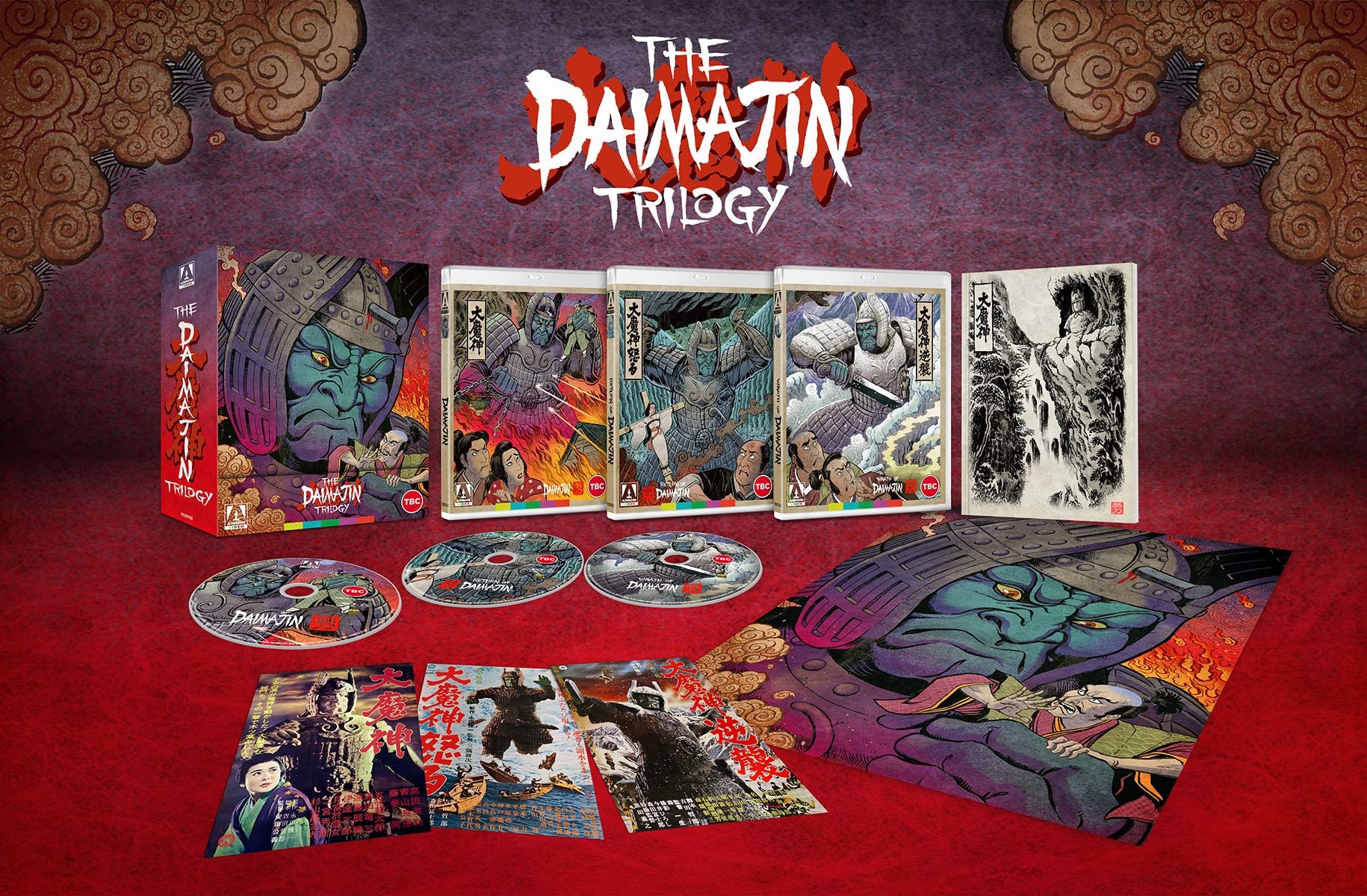 Daimajin wouldn’t make a return of any sort until 2010 for a Japanese TV series called Daimajin Kanon, a modern-day retelling of the first one’s story. Takashi Miike has also included Daimajin in his upcoming film The Great Yokai War: Guardians, which is the sequel to a remake of Daiei’s earlier The Great Yokai War. It’s a very strange trajectory for a very cool and certainly unique kaiju monster.

The Daimajin trilogy is a fascinating and thoroughly entertaining diversion from the Showa era kaiju boom. Now thanks to Arrow, who’ve yet again absolutely nailed the presentation and extras, you can watch all three movies in their full glory. I’d highly recommend them, even if I’m still not entirely sure what and why and how and why but also why?