Da 5 Bloods, directed by Spike Lee, is gut-wrenching, at times comical, and painful to witness. Not watch, but witness, as you’ll feel you are there calling out warnings and holding out a hand in solace, especially with Delroy Lindo’s magnetic, heartstring-yanking acting. Even using the word “acting” minimizes what he accomplishes with this role; he inhabits Paul, a haunted, bitterly angry, paranoid man, in a way few actors are able to achieve.

The film is a mix of genres. It’s not solely a war film, though it has war elements sprinkled throughout, with the one constant war being that within the mind of the tormented Paul. But it also has comedy and caper elements. Four Black men who served in Vietnam—Paul (Delroy Lindo), Otis (Clarke Peters), Melvin (Isiah Whitlock Jr.) and Eddie (Norm Lewis), and the initially unwelcome addition of Paul’s son David (Jonathan Majors)— set out both to find the remains of their fallen friend Stormin’ Norman (Chadwick Boseman), but also to find the gold they hid over 30 years ago. 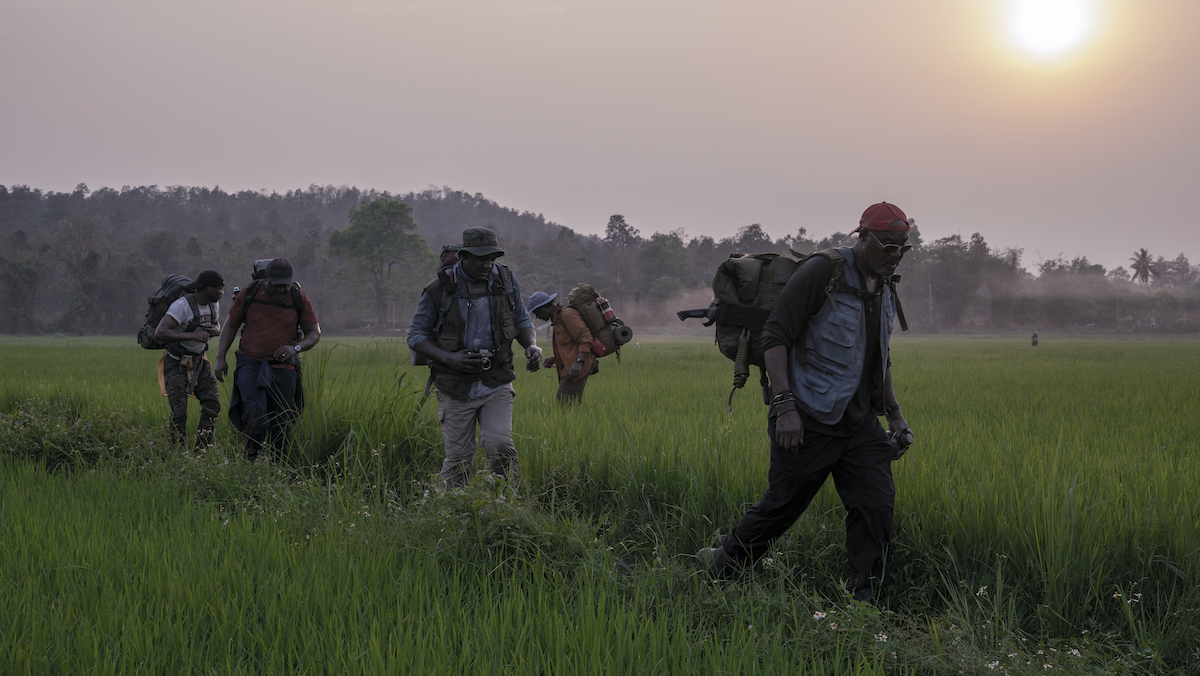 This movie is essential, fitting—given the protests for Black lives—and long overdue, as Black men were disproportionately drafted to fight the Vietnam War. (Young Black men made up 11% of the population, but 14% of the total that served.) In too many war films, the white man serves as lead; he often enlists for “the experience” or to make a statement, like in Platoon and Tigerland, while supporting characters laugh at him for foolishly joining what many would have given anything to avoid. It is simultaneously captivating and excruciating to see a film that centers on Black soldiers and the toll that both wars, Vietnam and racism, take.

The film opens with a montage of clips of the war, the fight for civil rights, the protests against the Vietnam War, and draws a line between each, highlighting the fact the Black men were disproportionately sent to kill people of color in forced service to a country that regularly kills and dehumanizes them. The mellow, rhythmic voice of Marvin Gaye plays in the background, certain lyrics bombarding you (“trigger happy policing”) alongside scenes of America’s violence against people in Vietnam, and protestors in the U.S. It’s a ringing reminder to us: there is no difference. You also clearly see the toxic madness that is both military service, racism, and patriotism as he hates the country but also believes our vile president that illegal immigrants need to be kept out. 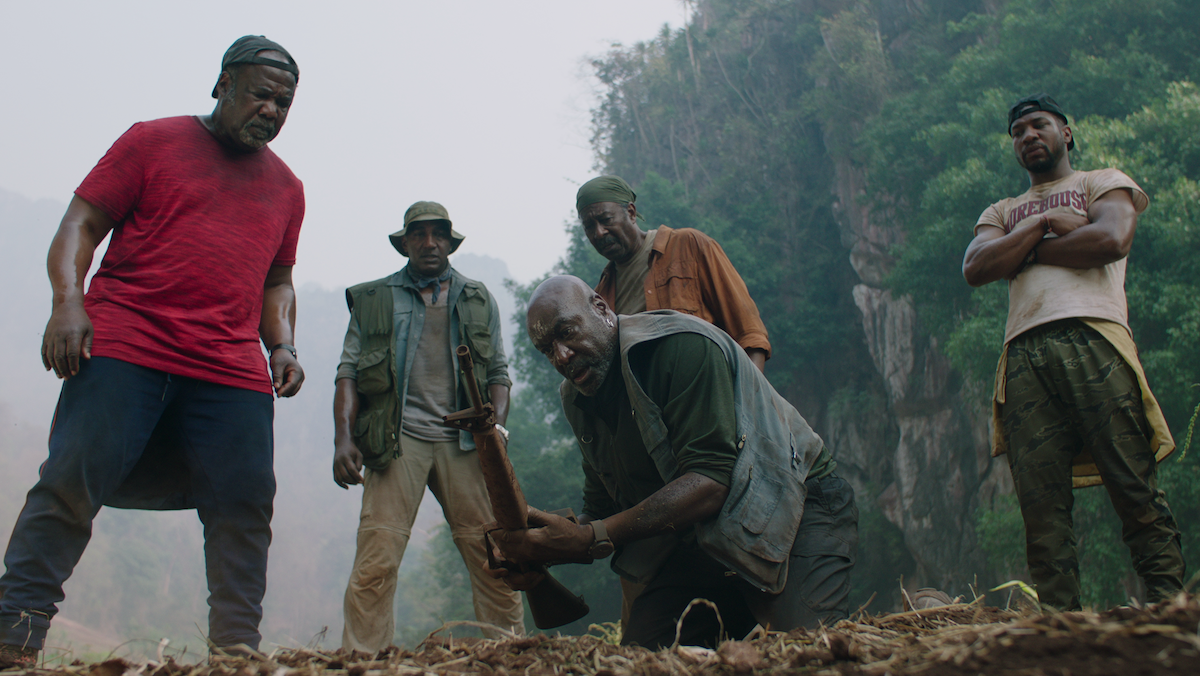 The film’s song list on spotify has a whopping six tracks from Marvin Gaye, an artist who crafted the song “What’s Going On” after seeing the toll the war took on his brother Frankie. Through his tracks, Gaye was able to convey a variety of moods: jovial, spiritual, pained.

The movie brings to mind Dead Presidents, directed by the Hughes brothers, not in its style per se but more in the underlying issues of race, abandonment, and invisibility as a Black man who fights for the U.S. while shouldering the feeling of fighting for a country that hates you, that uses you and forgets you. Furthermore, what can happen when that pain, combined with trauma of war, horror at the atrocities you’ve committed, and financial hardship (at the hands of the country that abandoned you) coalesce—you have a recipe for destruction.

Some of the overly dramatic music, particularly during the scenes when the main characters first touchdown near the fallen plane, are almost comical. But it’s meant to be a throwback to older films that heavily incorporated dramatic sounds and sweeping grandiose notes for effect. That, combined with the fact that Paul, Melvin, Eddie, and Otis all look their current age while Chadwick Boseman’s Stormin’ Norman looks young in the flashbacks, is disconcerting, but the movie still manages to hold your interest. 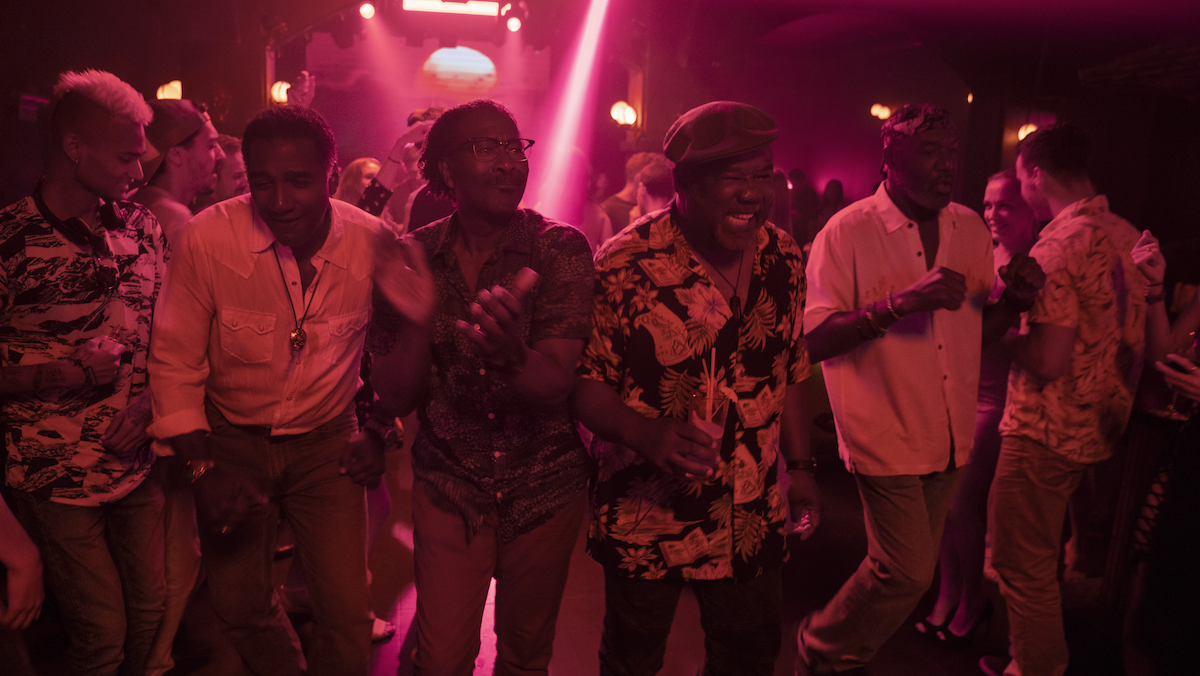 Although there are some predictable elements (after Chris speaks with Hedy about her job, you just know landmines are going to play a part in this movie), you are still caught off guard…repeatedly. You are holding your hand over your mouth mumbling, “Please no” as you watch. When Paul goes into his monologue about his deteriorating health thanks to the U.S. government, you wish you could look away as you are immersed in your own rage and pain or blasted by guilt.

This film is fearsome, engrossing, and will likely become necessary viewing for film studies and acting thanks to Delroy Lindo. Get the jump on that and watch Da 5 Bloods on Netflix.