There’s no magic formula to guarantee something will be a hit. The best creative minds in the world can work with the most talented performers and still produce a dud. Great works of art don’t always catch on for reasons that aren’t ever really obvious either. But there is one simple thing that seemingly guarantees success—casting Keanu Reeves as your star. It’s one of the biggest reasons Cyberpunk 2077  is one of the most anticipated new video game titles. And the newest promo for it is only going to increase fan interest. Not because it features new in-game clips, highlights all the world-building, or explains how it will present players with different options on how to play.

It’s because it includes behind-the-scene footage of Keanu Reeves performing in a motion-capture suit.

This newest teaser for the game lets its big star explain how he brought his character Johnny Silverhand to life. Reeves also discusses how he made the long-haired guitarist his own, as well as what drew him to the project originally. Hearing him talk about Cyberpunk 2077‘s game play options and how it will let players explore the world in different ways might be the single best promotion for it yet.

The real fun though is all of the behind-the-set clips from Reeves performing in a mocap suit. It’s somehow incredibly silly while still being really freaking cool. He’s the best because he’s always so earnest. And he’s completely committed to making Johnny Silverhand feel real, even while wearing a dumb suit and having dots on his face. 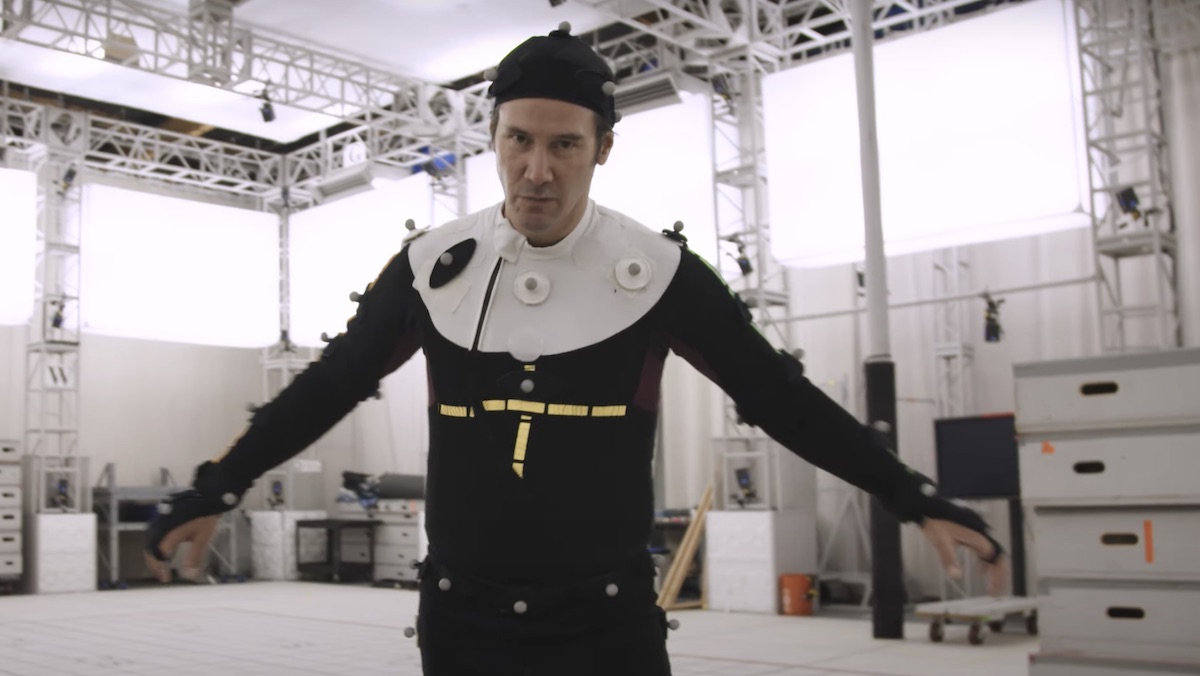 And that’s why we’re pretty sure Cyberpunk 2077  will be a huge success when it finally hits stores this December. When you put Keanu Reeves in anything—even a dumb motion-capture suit—people will want to tune in.