Curb Your Enthusiasm may have just ended its latest—deeply spiteful—season, but the show’s characters are apparently still here to help us cope with temporary planetary lockdown. Or at least Leon Black (J.B. Smoove) is, with one of the most expletive-laced guided meditations in all of human history. And it’s only six minutes long in total!

Although Black’s guided meditation is brief, it’s still been broken up into two parts by HBO, with the most recent half released on the network’s YouTube channel on March 23. The first half (above) was actually posted back in January, which means it probably had nothing to do with weathering worldwide quarantine. Which, in turn, means Black was ahead of the game. He knew all along everybody needs to chill the fudge out. Who would’ve guessed? 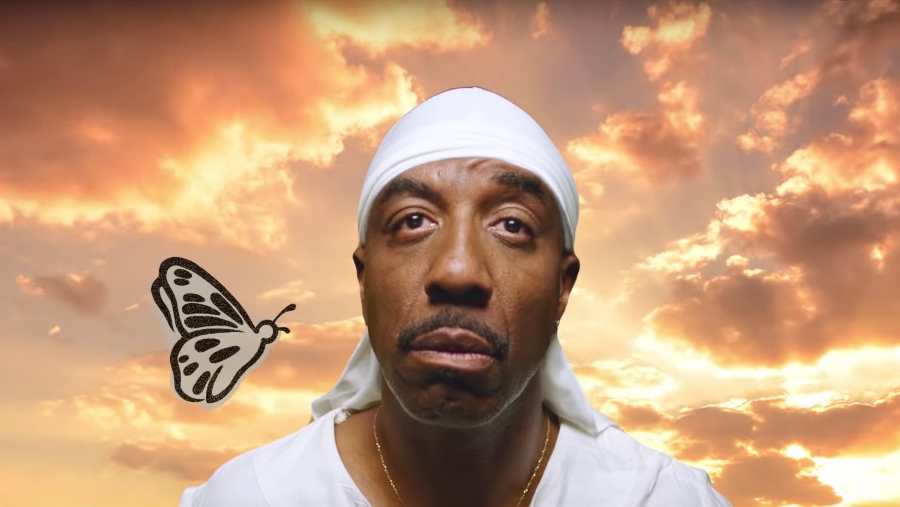 In the two three-minute meditation clips, Black discusses how to clear your mind, listen to your inner body, and of course, “breathe in through your nose and out through your ass.” A phrase he says with such conviction, it almost gives a listener hope that human physiology could work that way.

For those unfamiliar with Black, he’s been a recurring Curb character since the show’s sixth season, when Larry David welcomed a family left destitute from Hurricane Edna into his home. The actor who plays Black, J.B. Smoove, is a comedian who’s worked previously as a writer/performer on Saturday Night Live and a performer on Def Comedy Jam. The man also clearly has the best fashion sense out of anybody in the world.

#Flashback to 2016- @ohsnapjbsmoove and Rich talk fashion and both make some amazing wardrobe choices. pic.twitter.com/FnPP2ZMlwk

What do you think about this Leon Black-led guided meditation session? Is six minutes enough time with this Curb Your Enthusiasm character? Or are you looking for roughly six more hours of zen cussin’? Let us know your thoughts in the comments when you stop laughing!