Even if you’re not a video game person per se, you’ve likely found something to marvel at in Cuphead. When the platformer first released via Windows and the Xbox One in 2017, it drew attention for its remarkable animation. Cuphead’s aesthetic resembles the artwork of early 20th century Walt Disney and Fleischer Studios cartoons; when couriered to the gaming medium, this visual style becomes all the more enchanting. (And, in the case of its many big bosses, considerably more haunting.) Periodically over the past few years, the game has made its way to macOS, the Nintendo Switch, and the PlayStation 4. And now it will find new life altogether as a television series for Netflix.

Netflix announced its development of The Cuphead Show! back in 2019. The streaming service’s Geeked Week extravaganza gives us our first proper look at the series, which you can enjoy below.

This look confirms that The Cuphead Show! maintains the visual panache—and the haunting vibe—of the game. News out of the Geeked Week broadcast is that improv legend Wayne Brady will voice the nefarious King Dice. Our brief look at the character shows him putting on a sinister-looking show for the varied anthropomorphic objects of the Cuphead world. And it appears that the audience members will most likely end up the victims of whatever King Dice is really up to. 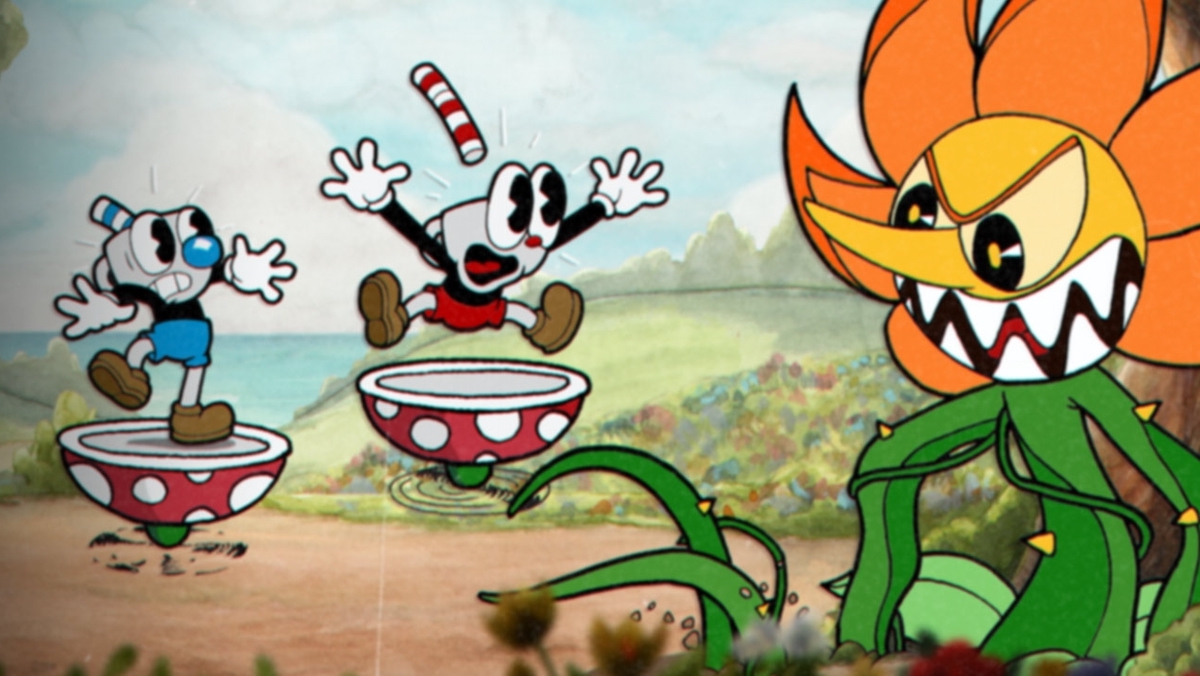 The Cuphead Show! has enlisted directors in Clayton Morrow, who has worked on Dexter’s Laboratory and The Powerpuff Girls, and Adam Paloian, a longtime member of the SpongeBob SquarePants crew. The Cuphead video game creators Chad and Jared Moldenhauer will serve as executive producers.