"Dead Man’s Fingers" is the Fungus of Our Nightmares - Nerdist

“Dead Man’s Fingers” is the Fungus of Our Nightmares

Xylaria polymorpha is a forest-dwelling fungus that could easily make a group of hikers bolt Scooby Doo-style if seen in the wrong light. That’s because polymorpha, a.k.a. “dead man’s fingers,” often times grow in such a way that makes them look like a series of decrepit digits reaching up from beneath the ground. Or, in some cases, apparently, like a little witch’s toes peaking out from under a tree.

The above picture of Xylaria polymorpha, which comes via Bored Panda, was taken by a member of the “Mushroomcore” Facebook group, Regan Daniels. Daniels posted her pictures of the toes-y dead man’s fingers to the group’s page, noting that when she first saw them she “literally thought [the fungus] was a Halloween decoration.” 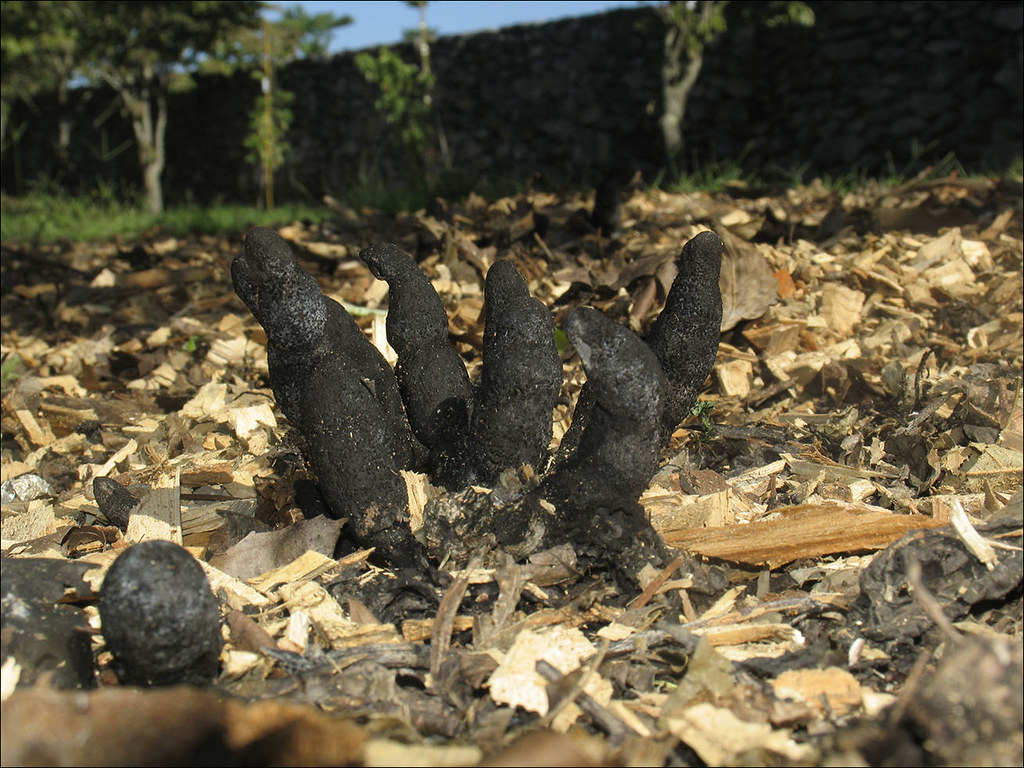 Daniels told Bored Panda she discovered the particularly intriguing example of polymorpha while at a park she frequents in North Carolina. After posting a picture of the specimen, she had to prove to people online that it was real by providing shots of it from alternate angles. (The picture up top is the only one you really need to see.)

For those unfamiliar, Xylaria polymorpha is an inedible fungus usually found growing from the bases of rotting tree stumps and decaying wood. The species has been dubbed polymorpha, as members take on “many forms.” Despite that moniker, polymorpha‘s fruiting bodies are often club-shaped, and grow in palmate bunches—that is, in a way that that resembles hands or fingers.

The fungus Xylaria polymorpha a.k.a "Dead Man's Fingers." You can see why! I remember doing this during my degree. pic.twitter.com/aoyPyj8EyJ

The fruiting bodies having what appear to be toenails or fingernails is also common when polymorpha is in its fingerlike reproductive configuration. During this period, the fingers are covered with conidiospores (often referred to simply as conidia), which allow polymorpha to reproduce asexually. In the below ecologygarden video, you can see the spores flicked off the fruiting bodies.

What do you think of this “dead man’s fingers” fungus? Are these the creepiest forest-floor growths you’ve ever seen, or does the stinkhorn mushroom still take the cake for you? Let your thoughts spread like spores in the comments!